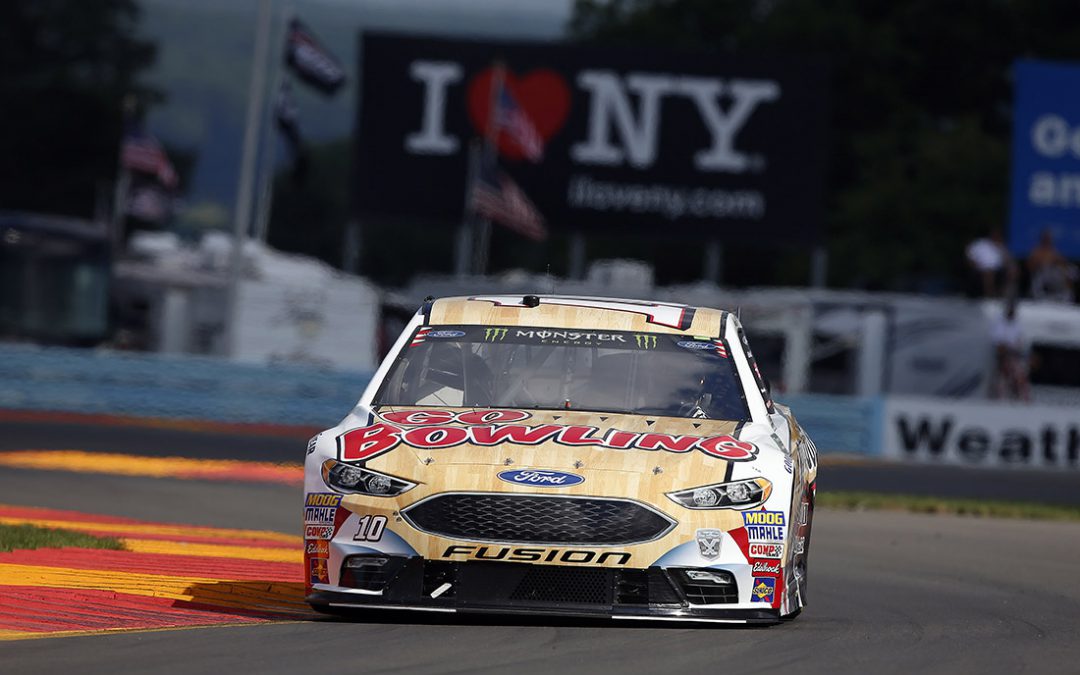 Stage 1 Recap (Laps 1-20):
● Aric Almirola started seventh and finished Stage 1 in the 32nd position.
● Three laps into the event, Almirola spun after contact with a competitor and received damage to the right-rear of the Go Bowling Ford.
● The spin brought the caution out, and Almirola visited pit road for repairs. He restarted 36th on lap five.
● The remainder of the stage ran under the green flag, and Almirola completed it in 32nd.
● Almirola pitted before the start of Stage 2 for more damage repairs, fuel and four tires.

● Almirola began Stage 2 in 32nd and completed it in 24th.
● The entire length of Stage 2 was run under the green flag, and Almirola worked his way forward in the damaged No. 10 Go Bowling Ford to gain six positions.
● Before the start of the final stage, Almirola pitted for fuel, four tires and adjustments to help with Ford’s loose-handling condition up through the esses.

Final Stage Recap (Laps 41-90):
● Almirola started the final stage in the 23rd position and ended it 22nd.
● Almirola pitted on lap 55 for fuel and four tires during the fourth caution of the race. Unfortunately, the No. 10 team received a penalty because a pit crew member was over the wall too soon.
● He restarted 27th on lap 58, and on lap 61 he was up to the 24th spot.
● The remainder of the race went caution free, and Almirola finished 22nd.

The next event on the Monster Energy NASCAR Cup Series schedule is the Consumers Energy 400 on Sunday, Aug. 12 at Michigan International Speedway in Brooklyn. The race starts at 2:30 p.m. EDT with live coverage provided by NBCSN beginning at 1:30 p.m.​