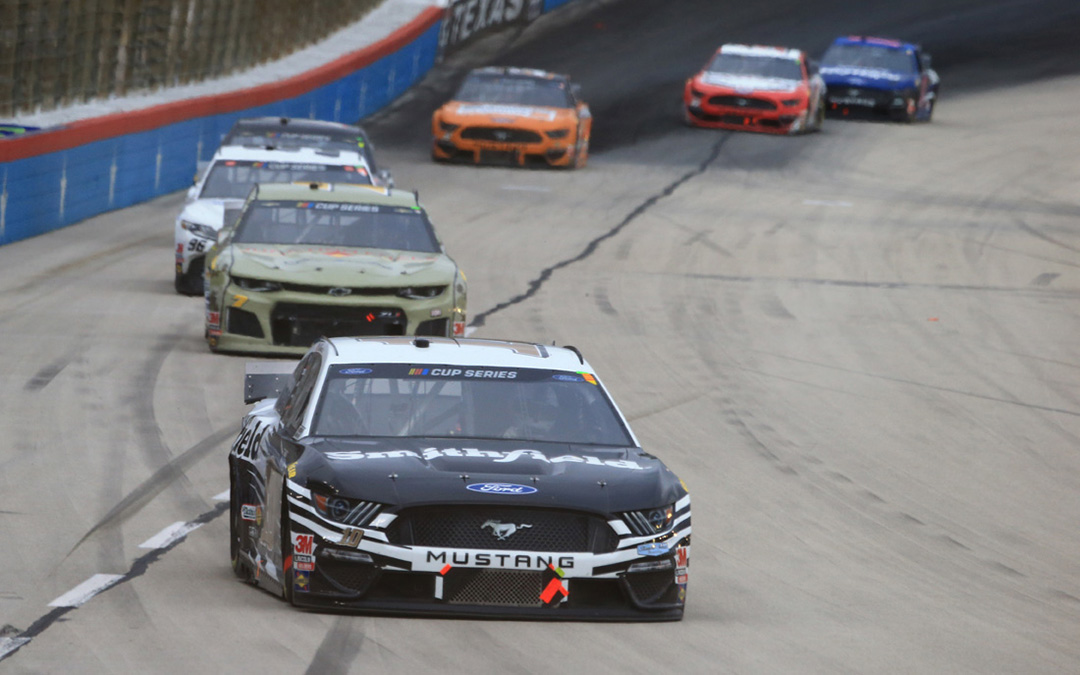 Stage 1 Recap (Laps 1-105):
● Aric Almirola started 13th and finished 26th.
● Almirola raced to the top-10 before pitting on lap 23 during the competition caution.
● The red flag was waved on lap 52 due to inclement weather and postponed the race until Wednesday.
● When the race resumed, Almirola was involved in an accident on lap 61, causing damage to the rear of his No. 10 Ford.
● Almirola pitted multiple times to repair damage and restarted 30th.
● He pitted at the end of the stage for four tires, fuel and adjustments.

Stage 2 Recap (Laps 106-210):
● Almirola started 29th and finished 14th.
● The No. 10 Smithfield driver pitted during the lap 135 caution.
● He said his car was repaired enough to run top-five if he was not racing through traffic.
● Almirola pitted under green on lap 204 for fuel only.
● He came off pit road in 13th.
● Almirola pitted at the end of the stage for four fresh tires, fuel and more adjustments.

Final Stage Recap (Laps 211-334):
● Almirola started 17th and finished 23rd.
● Almirola was forced to the pits on lap 238 due to a right-rear tire going down.
● He pitted on lap 303 to refuel. Due to the remainder of the race running without a caution Almirola finished two laps down.

Notes:
● Almirola led one lap to increase his laps-led total at Texas to 101.
● Kyle Busch won the Autotrader EchoPark Automotive 500 to score his 57th career NASCAR Cup Series victory, his first of the season and his fourth at Texas. His margin of victory over second-place Martin Truex Jr., was .468 of a second.
● There were eight caution periods for a total of 47 laps.
● Only 15 of the 40 drivers in the race finished on the lead lap.
● Kevin Harvick remains the championship leader after Texas with a 15-point advantage over second-place Denny Hamlin.

Next Up:
The next event on the NASCAR Cup Series schedule is the Xfinity 500 on Sunday, Nov. 1 at Martinsville (Va.) Speedway. It is the penultimate race of the 10-race playoffs and the final race in the Round of 8. It starts at 2 p.m. EST with live coverage provided by NBC and SiriusXM NASCAR Radio.