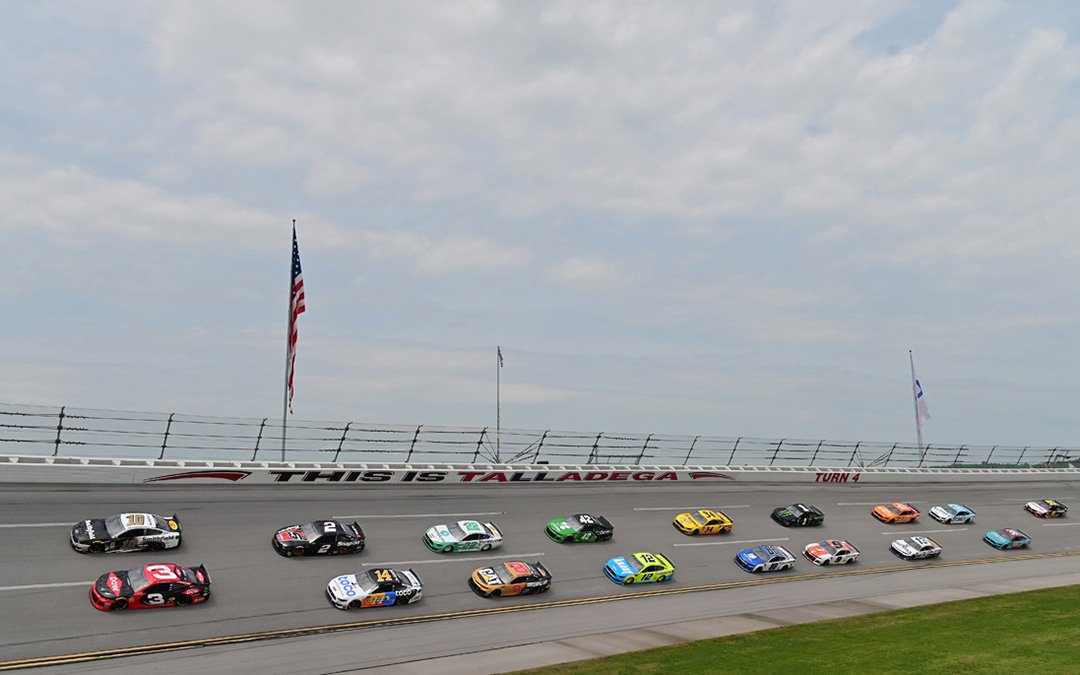 ● Started second, finished 26th.
● Aric Almirola drove the Smithfield Ford Mustang to the lead on the opening lap.
● On lap 10, Almirola raced inside the top-five and narrowly missed a wreck that collected his teammates Clint Bowyer and Kevin Harvick.
● He took the lead back on lap 16 but was challenged by the No. 22 car in the outside lane. He gained complete control of the lead again by lap 34.
● Almirola pitted the No. 10 Ford on lap 46 for fuel only. While exiting pit road he was handed a speeding penalty, ultimately putting him down a lap.
● He pitted for four fresh tires and fuel when the stage concluded and earned a spot back on the lead lap.

● Started 12th and finished ninth.
● Almirola raced in and around the top-10 until a lap-131 caution. He pitted for fuel only while others took tires and gained eight spots to restart third.
● He pitted under green on lap 155 and came off pit road in sixth place.
● Almirola battled the Smithfield Ford Mustang back to second on lap 170 but, with no help from behind, fell to 16th place.
● On lap 182 the caution was called with Almirola scored 10th. He pitted for four fresh tires and fuel to restart 13th.
● When the green-flag waved he rallied back up to the top-five and, with cars wrecking behind him and no caution called, he held the Smithfield Ford inside the top-10 before he crossed the finish line.

Notes:
● Almirola earned his seventh top-10 of the season and his seventh top-10 in 19 career Monster Energy NASCAR Cup Series starts at Talladega.
● This was Almirola’s sixth straight top-10 at Talladega.
● Almirola led three times for 27 laps to increase his laps-led total at Talladega to 43.
● Chase Elliott won the GEICO 500 to score his fourth career Monster Energy NASCAR Cup Series victory, his first of the season and his first at Talladega. The race ended under caution.
● There were six caution periods for a total of 21 laps.
● Only 21 of the 40 drivers in the GEICO 500 finished on the lead lap.
● Kyle Busch remains the championship leader after Talladega with a 15-point advantage over second-place Joey Logano.

Aric Almirola, Driver of the No. 10 Smithfield Ford Mustang:
“We had a really good Smithfield Ford Mustang. I thought we had a car capable of winning but had just a few mistakes on my part and then a few things didn’t go my way. I worked my way back up the first two or three times and got shuffled out. I had to fight really hard just to get back up into the top-10. I am really proud of all of our guys. I thought we had a car capable of winning, and circumstances and some things didn’t go our way. The Fords were really fast. The only thing I am happy about is that we finally stopped the bleeding. We had a really crappy couple of weeks with Bristol and Richmond. We fell from fifth to 11th in points. We stopped the bleeding there, got another top-10 and are back on track going to a great racetrack for us in Dover.”

Next Up:
The next event on the Monster Energy NASCAR Cup Series schedule is the Gander RV 400 on Sunday, May 5 at Dover (Del.) International Speedway. The race starts at 2 p.m. EDT with live coverage provided by FS1 and SiriusXM NASCAR Radio.