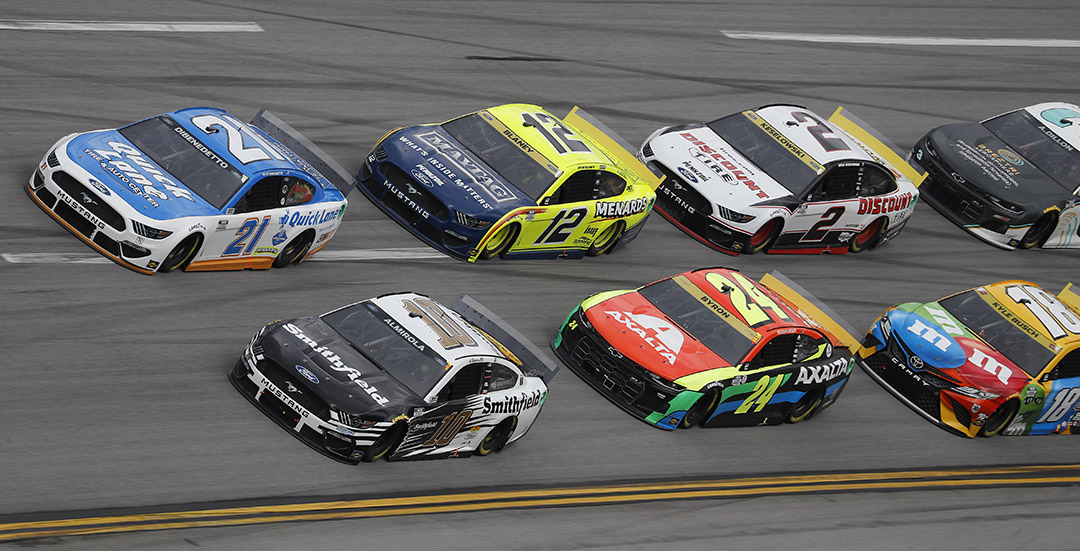 Stage 1 Recap (Laps 1-60):
● Aric Almirola started 20th and finished 26th.
● The Smithfield Ford driver patiently advanced to second place by lap 12.
● Shortly after, Almirola moved to the low line after multiple lanes formed, but he fell toward the rear of the field with no help from behind.
● Almirola pitted during the lap-20 competition caution for four tires, fuel and chassis adjustments.
● He restarted 19th and decided to drop toward the rear of the field due to aggressive three-wide racing at the front.
● A multicar accident toward the end of the stage led to the stage being ended under caution.
● The No. 10 driver pitted at the end of the stage for four tires, fuel, and a reverse chassis adjustment.

Stage 2 Recap (Laps 61-117):
● Almirola started 16th and finished 26th.
● A caution for debris was called on lap 67. He pitted under caution for fuel only.
● Almirola and the majority pitted again for fuel only before racing resumed.
● Almirola restarted 19th and avoided a multicar accident on lap 100.
● He pitted under caution for four tires and fuel.
● Almirola radioed a loose wheel on lap 116 and was forced to fall back to the rear of the field.
● Inclement weather brought out the red flag on lap 118, and the race was called with 117 laps completed and with Almirola sitting in 26th.

Notes:
● Bubba Wallace won the YellaWood 500 to score his first career NASCAR Cup Series victory.
● There were five caution periods for a total of 27 laps.
● Thirty-one of the 40 drivers in the YellaWood 500 finished on the lead lap.

“We had a fast Smithfield Ford. It handled really well and had a lot of good speed today. We stayed out of trouble all day. After the last pit stop we had a serious vibration, so I just hung at the back until the caution came out. Unfortunately, the rain hit at the same time and at the wrong time for us.”

Next Up:
The next event on the NASCAR Cup Series schedule is the Bank of America Roval 400 on Sunday, Oct. 10, at the Charlotte (N.C.) Motor Speedway road course. It is the sixth race of the 10-race playoffs and the final race in the Round of 12. It starts at 2 p.m. EDT with live coverage provided by NBC and SiriusXM NASCAR Radio.