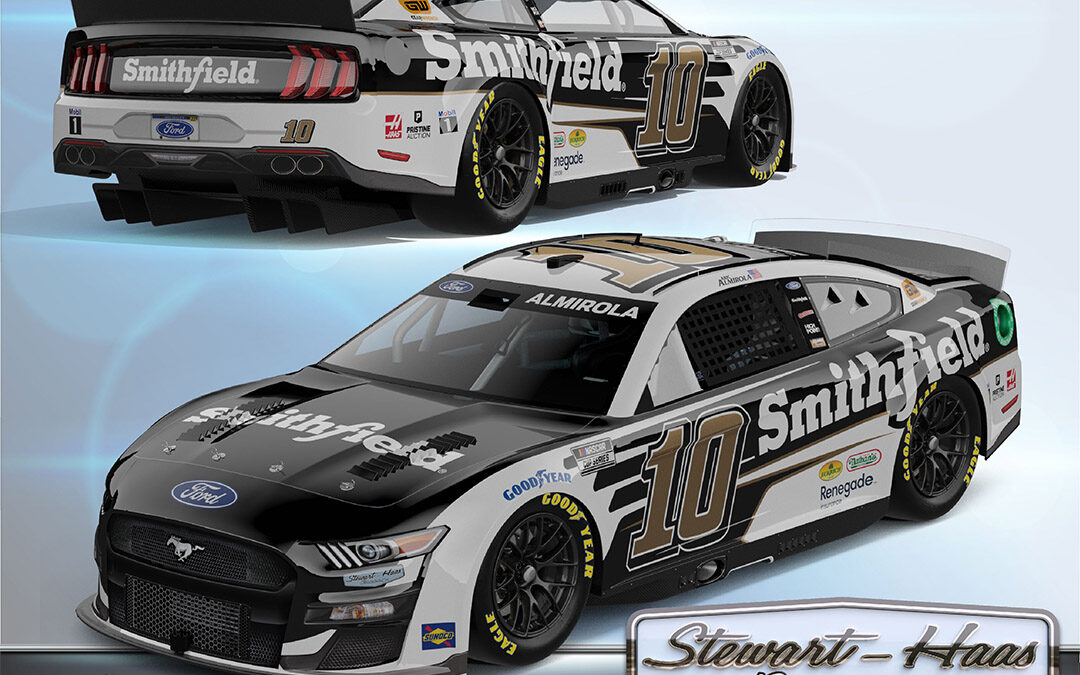 ● History at Talladega: In 25 career NASCAR Cup Series starts at Talladega (Ala.) Superspeedway, Aric Almirola has one win, nine top-10 finishes, five top-fives, and has led 71 laps. In the NASCAR Xfinity Series at Talladega, Almirola visited victory lane in May 2017.

● With his third-place finish in the June 2020 race at Talladega, Almirola tied the record of eight consecutive Talladega top-10s set by Dale Earnhardt Jr., from April 2001 to October 2004. His streak came to an abrupt end thanks to a multicar accident on lap 57 of the October 2020 race. In his last 10 Talladega outings, Almirola’s average finish is 12.0 – best in the Cup Series.

● 2022 Season: Through 30 races this season, Almirola has earned two top-five finishes, seven top-10s, and has led 45 laps. He also qualified on the pole for the first time this season two weekends ago at Bristol (Tenn.) Motor Speedway. His average finish of 17.9 and seven top-10s this season have bettered his totals for the entire 36-race 2021 season.

● Driver Points: Almirola arrives at Talladega 20th in the driver standings with 640 points.

How do you feel about your chances to win another race at Talladega this weekend?
“Talladega is always a wild card, but there has always been a ‘comfortability’ for me at superspeedways. Back in the Petty days, those races were our only shot, so I really honed my craft at Daytona and Talladega. With a little luck on our side, it could be a great weekend to be another playoff spoiler.”

You won at Talladega in 2018. Where does that rank among your favorite career memories?
“I would say, so far to date, my highlight was winning in 2018 at Talladega. It was my first win for Stewart-Haas Racing. It was the first win for Smithfield since joining Stewart-Haas Racing. It happened in the playoffs, coming off of a race where I felt like I should have won at Dover and I didn’t. And then we rebounded and backed it up with a win at Talladega and it catapulted us into the next round of the playoffs, where we eventually went on to finish fifth in the points championship. So it was a phenomenal year and that race at Talladega was a very pivotal moment.”

Stewart-Haas Racing dominated that 2018 Talladega race. Why was that?
“So often you go into a race weekend, especially at a superspeedway where you have a plan and you start thinking about, like, ‘Alright, this is this is our plan, this is when we’re going to pit together, this is what we’re going to do on the racetrack together,’ and rarely does that ever work out, right? It never pans out. We show up and we all start racing for ourselves and we don’t work together at all. So that was an incredible weekend where we showed up and we had incredibly fast racecars, which made it way easier to work together. And then we started the race with all of us working together and kind of dominating the race, and we realized, ‘This is going to pay off – like, this is going to work out and pay off, so we need to stay to this plan.’ And I think that’s really what helped it. Oftentimes, when you come up with a plan and you start working together and, the next thing you know, you find yourself in the middle of the pack, you’re like, ‘Oh, this isn’t working,’ and you abandon the plan, you jump ship. So for the fact that we had fast racecars and our plan was working and we were dominating the race, it made it very easy to stay to the plan.”

Your kids recently made a video of their “day in the life” at a racetrack. What was the inspiration?
“Our ongoing YouTube series ‘Beyond the 10’ is a way for us to show race fans what life is like behind the scenes as a professional driver on and off the track. We have wanted to give them Go Pros for a long time and just let them have fun with it. It was so cool to see their perspective of a race weekend and showed me how much fun they have out here. We’re always trying to show fans something new, so I had to call in Alex and Abby from the bullpen on this one. Check it out on my YouTube channel.”