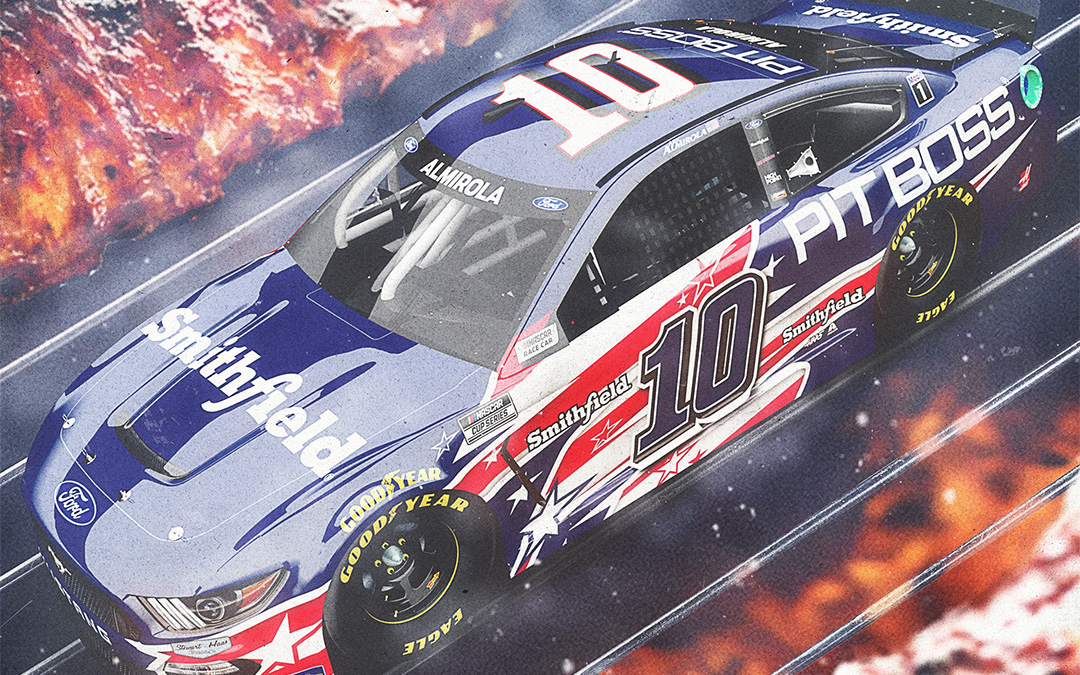 ● Road-Course History: Aric Almirola has 25 road-course starts in the NASCAR Cup Series. He has two top-10 finishes at Sonoma (Calif.) Raceway with a best of eighth, four top-20s at Watkins Glen (N.Y.) International with a best finish of 12th, three top-20s on the Charlotte (N.C.) Motor Speedway Roval with a best finish of 14th, and a top-12 finish in the Feb. 9 Busch Clash on the Daytona (Fla.) International Speedway road course – his best road-course finish of the year. In Almirola’s latest road-course start at Sonoma, he raced his way up to eighth place until he was forced to avoid an accident ahead, forcing him outside the top-20.
● Almirola’s best finish this year is fourth at Nashville (Tenn.) Superspeedway. His second-best finish was sixth at Richmond (Va.) Raceway, and his next-best was 11th at Phoenix Raceway, all of which featured the 750-horsepower, low-downforce package the Cup Series cars will utilize this weekend at Road America.
● Crew chief Mike Bugarewicz has one road-course victory that came in 2016 at Sonoma with Stewart-Haas Racing (SHR) co-owner and NASCAR Hall of Famer Tony Stewart during Stewart’s final year as a fulltime driver in the Cup Series.
● Almirola’s 2020 season proved successful when he earned a career-high 18 top-10 finishes, six top-fives and led 305 laps. During the season, Almirola went on a five-race streak of top-five finishes and earned nine consecutive top-10s.
● Career Stats: Almirola has career totals of two wins, two poles, 25 top-five finishes, 81 top-10s and 859 laps led in 371 NASCAR Cup Series starts.
● Smithfield Foods celebrates 10 years of partnership with Almirola this season with a special campaign called Taste Victory.As one of the most active partners in NASCAR, Smithfield plans to engage fans all year long by hosting a microsite that provides the opportunity to win when Almirola wins or finishes inside the top-10. When Almirola wins, one fan wins $10,000, and 10 fans win a gift card for each top-10 finish. The microsite also doubles as an Aric Almirola fan page and entertainment source where fans can get behind the wheel of the No. 10 Smithfield Ford with a custom racing game, and learn more about Almirola with fast facts, favorite recipes and custom content about his life on and off the track. Visit www.tastevictory.com to learn more. Thanks to Almirola’s Feb. 11 win in his Duel qualifying race for the Daytona 500, one lucky fan has already won $10,000.
● Pit Boss® Grills, the fastest growing brand in the grilling industry, offers the best value per square inch in the pellet grill market, doing so with innovation, excellence and a distinctly customer-driven approach. Pit Boss® takes pride in delivering the best possible products, at an affordable price, crafting grills that are Bigger. Hotter. Heavier.® than the competition. For more information, visit PitBoss-Grills.com, and the Pit Boss® Grills accounts on Facebook, Twitter, Instagram, Pinterest and YouTube.
● Beyond the 10 YouTube Series:In 2021, Almirola continues to share his life beyond the No. 10 Smithfield Ford with season three of his award-winning YouTube series. Fans and media can subscribe on YouTube to see Almirola’s personality on and off the track. Episodes have already featured life as a dad, a husband and an athlete, and it gives fans a unique perspective on what goes on in the life of a professional NASCAR driver. Fans can also follow Almirola’s social media channels: @Aric_Almirola on Twitter and Instagram, and @AricAlmirola on Facebook.
● After the season’s first 19 points-paying events, Almirola and the Smithfield Ford team sit 27th in the championship with 240 points, 444 behind leader Denny Hamlin.

You have never raced at Road America. How have you prepared for your debut?
“A lot of simulator time. Ford Performance gives us all the tools we need to prepare for race weekends like this with their simulator. It’s as realistic as it gets and it gives me the opportunity to memorize braking points, speeds and all of the new turns. Luckily, we’ll have practice and qualifying this weekend to give us more reps.”

Is there anything better than tailgating at a race on July 4 weekend?
“Grilling out and tailgating at the race on July 4th weekend was a staple of my childhood growing up as a race fan. The same is true with NASCAR fans today. Whether they’re at the track cheering for us or in the backyard watching on NBC, NASCAR fans will be in full force cooking Smithfield on their Pit Boss grills. It’s an American tradition. Last weekend (at Pocono), we saw the most campers and tailgaters we’ve ever seen, and I’m sure we will see the same this weekend at Road America. There’s no better way to celebrate the holiday weekend than with Smithfield and Pit Boss Grills on the side of a red, white and blue No. 10 Ford Mustang.”

Do you feel confident going to another road course for the first time?
“Our finishes don’t show it, but we have actually improved our road-course program. I feel more confident behind the wheel and I think the package we run has worked in our favor this year. We had a good day at the Daytona road course earlier in the year. I couldn’t see at COTA with all of the rain, and we were in position for a top-10 at Sonoma before we had to avoid an accident at the end of the race that forced us off the track. We just need to put a full race together, minimize mistakes, and have a good day on pit road.”

Are you excited to have qualifying this weekend?
“Oh yeah. It gives us a shot at a decent starting spot instead of letting this qualifying equation tell us where to start. It’s always nice to know you have a shot at it and can put your outcome in your own hands.”