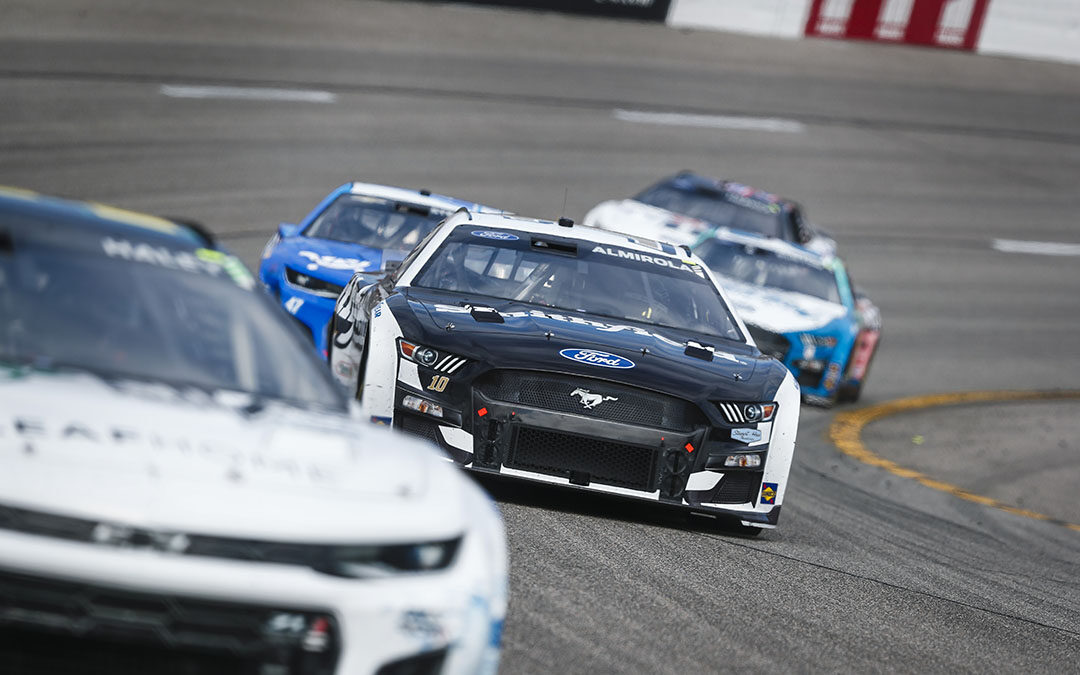 Race Notes:
● There were five caution periods for a total of 28 laps.
● Only 11 of the 36 drivers in the Federated Auto Parts 400 finished on the lead lap.
● Chase Elliott remains the championship leader after Richmond with a 116-point advantage over second-place Ryan Blaney.

Sound Bites:
“When the clouds came and the track cooled, we kind of lost it. The first couple runs of the race we were so fast. We drove from 32nd up to the top-five. Our Smithfield Ford Mustang was really good on the long run. We took care of the tires really well and it did everything I needed it to do. As the pace picked up and the track cooled off, I just couldn’t get the car to rotate like I needed it to and just couldn’t quite carry the speed those other cars could. It was a good day. We’ve had a rough month, so to come here and rebound and have a good run – we need a win, but to have a good run is a confidence booster.” – Aric Almirola, driver of the No. 10 Smithfield Ford Mustang.

Next Up:
The next event on the NASCAR Cup Series schedule is the Go Bowling! At The Glen on Sunday, Aug. 21 at Watkins Glen (N.Y.) International. The 90-lap race around the 2.45-mile, seven-turn road course begins at 3 p.m. EDT with live coverage provided by USA and SiriusXM NASCAR Radio.