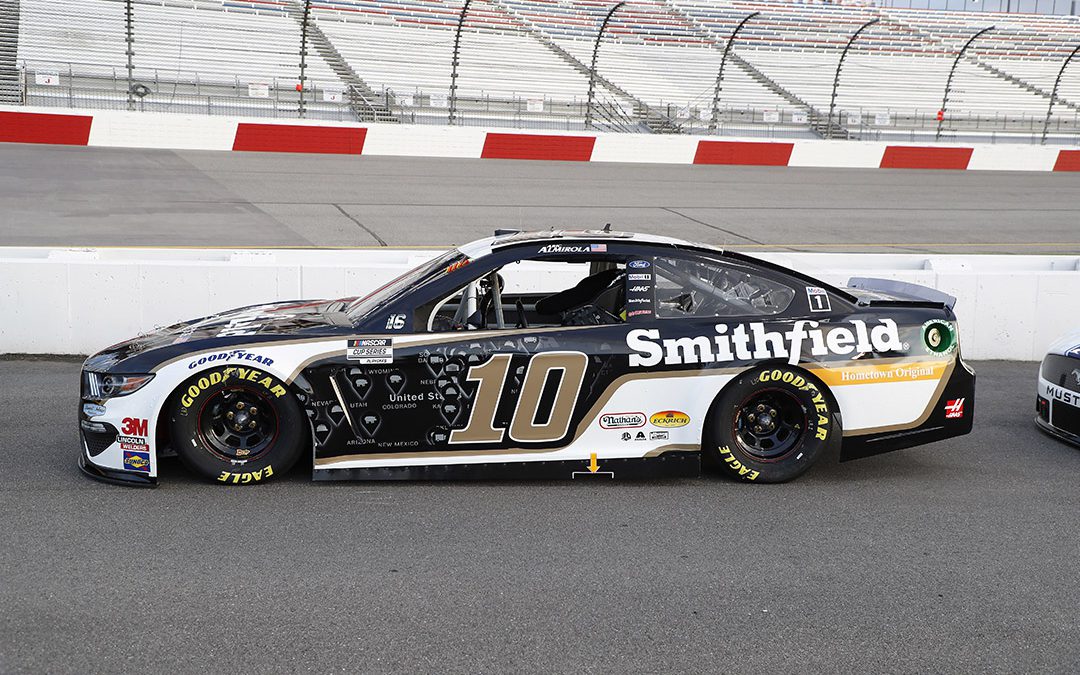 All Eyes on Richmond

Almirola finished ninth in Sunday night’s playoff opener at Darlington (S.C.) Raceway to earn his second consecutive top-10 at the egg-shaped oval. It was a rollercoaster of a race for Almirola, who fell outside the top-20 before rallying back to a top-10 by the end of the race.

“It wasn’t pretty, but we rallied back to have a decent finish that keeps us in contention to advance to the next round,” said Almirola, who’s tied for the all-important 12th-place cutoff spot with SHR teammate Clint Bowyer with two races to go in the Round of 16. “It’s no different than racing at Vegas last year, where we had a seventh- to 10th-place car. We didn’t get the stage points we needed to build a cushion, but to leave Darlington with a ninth-place finish after the day we had was what we needed heading to Richmond.”

Almirola needs to remain in the top-12 in points to advance to the Round of 12 for the third consecutive season with SHR, which makes running well Saturday night at Richmond and the following Saturday night at Bristol (Tenn.) Motor Speedway that much more important.

The Smithfield Ford driver was in the exact same playoff points position last year heading to Richmond – 12th place with 2,033 points. He went on to advance to the round of 12.

Almirola has one top-five at Richmond since joining SHR, but that doesn’t mean he looks at the .75-mile short track as a weak point in his quest to reach the Round of 12.

“I really enjoy Richmond,” he said. “It’s a tough track, but it’s in Smithfield’s backyard and would mean the world to lock ourselves in to the next round there.”

SHR teammate and regular-season points champion Kevin Harvick won Sunday night’s Cook Out Southern 500 at Darlington to secure his position in the next playoff round while SHR’s Cole Custer is just three points behind Almirola and the 12th-place cutoff line.

Almirola looks to become Smithfield’s “Hometown Original Hero” this weekend by parking the black, white and gold Smithfield Ford in victory lane with a ticket punched to the Round of 12 for the third year in a row.

Most drivers are saying you’re the dark horse in the 2020 playoffs. How do you feel about that?
“I don’t really care what everyone else says. I don’t focus on that at all. We’ve been in contention all year and that’s what we plan to continue at Richmond.”

How do you study your playoff rounds, one at a time or all together as a collective round?
“I’m focused on racing for a win at Richmond and that’s all I have my mind on. It’s one race at a time. I couldn’t even tell you what tracks come next. As soon as the checkered flag waved at Darlington, it’s all about Richmond.”

What kind of challenge does a short track like Richmond bring?
“I would say Richmond is one of the most challenging racetracks we go to for managing your tires throughout the run. The first 10, 15 or 20 laps of the run can make you feel like Superman roaring through the field, but you will pay a major penalty for that by lap 40. It makes it fun because, when we show up to Richmond, it really is about managing tire fall-off and making sure your car stays consistent throughout the run as the tires fall off.”

What’s it like to race at Richmond?
“Richmond is an awesome track to race at. It’s Saturday-night racing at its finest. Beating and banging, and the track has very little grip and the tires wear out, so it’s a really fun racetrack. You can see the sparks flying, and having the glow of the brake rotors and everything lit up is neat. It’s also pretty close to Smithfield, Virginia, so it’s a hometown race for Smithfield. It’s just a lot of fun to go there and race.”