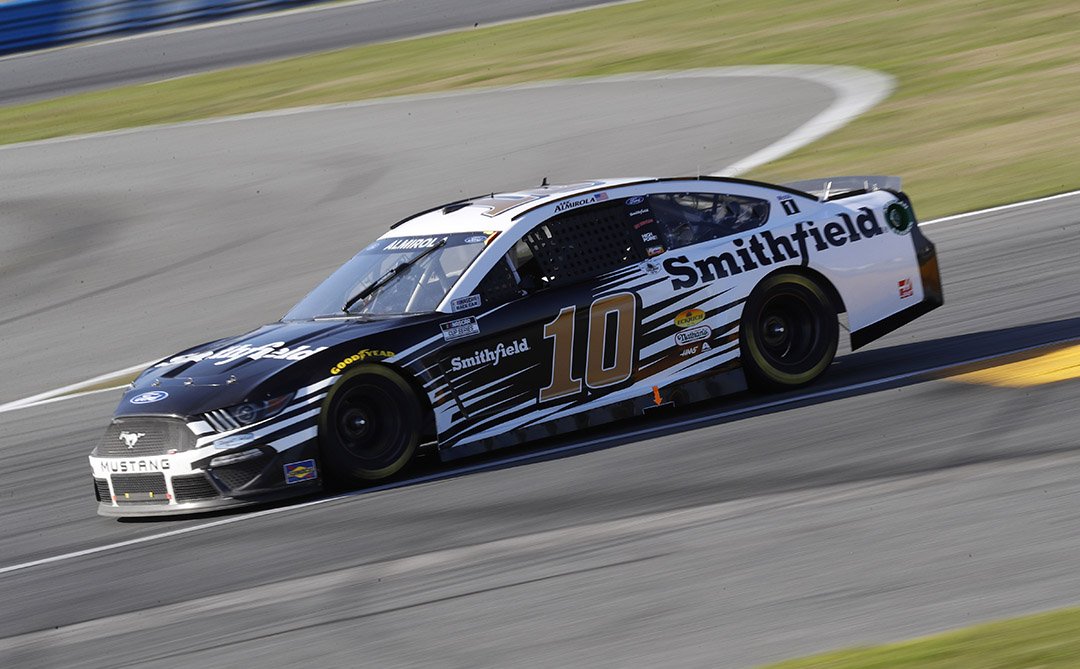 ● History at Richmond: In 17 starts, Almirola has earned six top-10 finishes, two top-fives, and has led one lap. He finished eighth in his most recent start there Sept. 12.

● Every season has its ups and downs: In 2018, Almirola finished fifth in the season standings with six finishes of 23rd or worse. In 2019, Almirola secured a playoff position despite nine finishes of 22nd or worse. Last year, Almirola finished 20th or worse eight times but secured his third-consecutive playoff appearance. Five of those finishes last year came during the first 11 races, but then Almirola went on a roll with a career-high five consecutive top-five finishes and nine consecutive top-10s. Statistically speaking, Almirola’s best season was born after a string of unfavorable finishing positions.

● The start to Almirola’s 2021 season has been mired by accidents and misfortune, but the No. 10 team knows it has performed much better than the results show. Almirola kicked off the season with a win at the Duel at Daytona. He proved to have a fast Smithfield Ford in the Daytona 500 before he was involved in an accident not of his doing while running at the front of the field. Almirola raced inside the top-10 the following weekend on the Daytona road course, showing his and the team’s improved speed at road courses, and ran inside the top-10 at Homestead-Miami Speedway before he was involved in an accident. At Las Vegas Motor Speedway, he gradually gained speed, running in the top-15 before a flat tire sent him into the wall, causing irreparable damage. At Phoenix Raceway, Almirola ran as high as sixth, but a speeding penalty demoted him to the rear of the field before he raced back to a solid 11th-place finish. Almirola cracked the top-14 at Atlanta Motor Speedway before handling issues hampered his progress, and he was not able to show his dirt racing speed at Bristol (Tenn.) Motor Speedway two weekends ago due to an accident on lap 41, when he was pinched to the bottom lane and struck a large clump of dirt and then was contacted on all sides by multiple cars to end his day. Last weekend at Martinsville (Va.) Speedway, he ran as high as sixth and clocked top-10 and top-five lap times until accidents not of his own fault dampened his day and led to a 20th-place finish.

● Looking at the next five races on the NASCAR Cup Series schedule, Almirola has finished no worse than eighth at least once at each respective track in 2020. He earned an eighth -place finish at Richmond (Va.) Raceway, third at Talladega (Ala.) Superspeedway, sixth at Kansas Speedway in Kansas City, seventh at Darlington (S.C.) Raceway and seventh at Dover (Del.) International Speedway.

● Beyond the 10 YouTube Series:In 2021, Almirola continues to share his life beyond the No. 10 Smithfield Ford with season three of his award-winning YouTube series. Fans and media can subscribe on YouTube to see Almirola’s personality on and off the track. Episodes continue to feature life as a dad, a husband and an athlete, and they give fans a unique perspective on what goes on in the life of a professional NASCAR driver. Fans can also follow Almirola’s social media channels: @Aric_Almirola on Twitter and Instagram, and @AricAlmirola on Facebook.

● The Smithfield Ford team sits 28th in the championship standings with 105 points, 274 behind leader Denny Hamlin.

Martinsville looked like a promising race after you stayed on the lead lap and showed you had a fast Smithfield Ford. What happened and what is your mindset moving forward?
“I’m not sure what it’s going to take to have our luck change, but I sure hope it’s soon. We ran so aggressively and so well (at Martinsville) and it felt like we just had a magnet on the left-rear quarter panel. We stayed in the lead lap there in the first stage and I felt like we had a solid car to work with. Then we got jammed up and I got pushed into another car that tore up the front end. We couldn’t catch a break all day. After all of that, we still had a top-10 Smithfield Anytime Favorites Ford. We were in the lucky dog position there at the end and couldn’t get a caution to get us back in contention. We’re keeping our heads up and waiting for the bad luck to end because we’re a playoff-caliber team. We see that every weekend and we just haven’t caught a clean race.”

Are you looking forward to another short track this weekend?
“I’m really excited to get to another track under a mile. We ran well at Phoenix and had a top-10 car last weekend at Martinsville. We’ll have a better starting position at Richmond than we did in Martinsville, too.”

What kind of challenge does a short track like Richmond bring?
“I would say Richmond is one of the most challenging racetracks we go to for managing your tires throughout the run. The first 10, 15 or 20 laps of the run can make you feel like Superman roaring through the field, but you will pay a major penalty for that by lap 40. It makes it fun because, when we show up at Richmond, it really is about managing tire fall-off and making sure your car stays consistent throughout the run as the tires fall off.”

What’s it like to race at Richmond?
“Richmond is an awesome track to race at. It’s also pretty close to Smithfield, Virginia, so it’s a hometown race for Smithfield. It’s just a lot of fun to go there and race. Beating and banging, and the track has very little grip and the tires wear out, so it’s a really fun racetrack.”