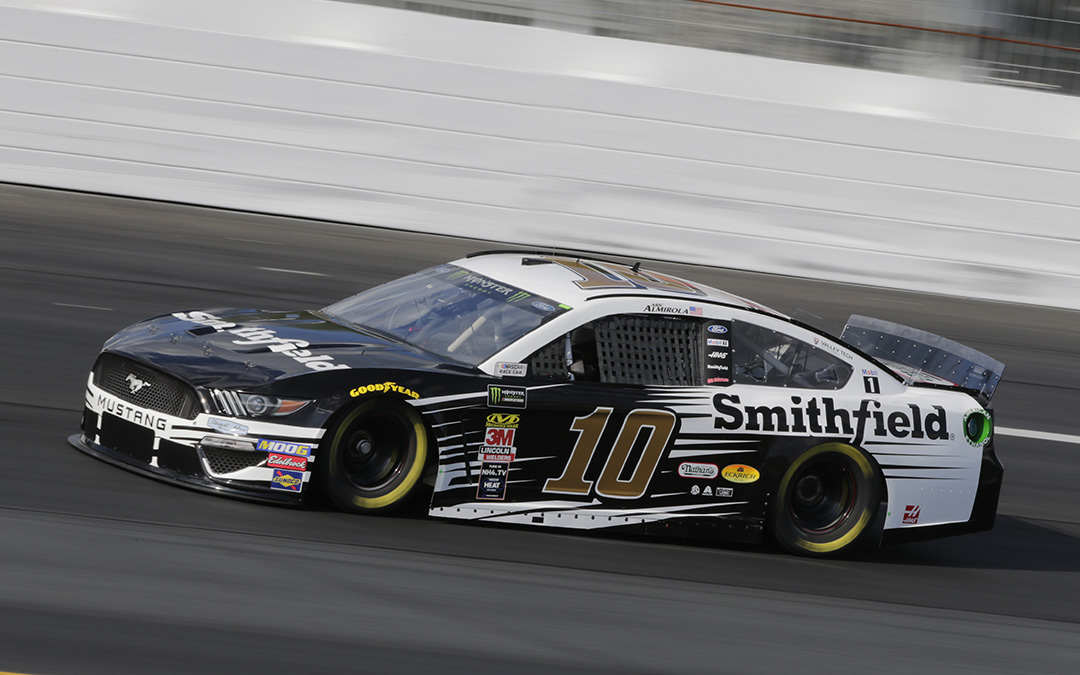 Before Almirola joined SHR, his best finish at Pocono was 18th. In two of his last three starts, he’s earned finishes of seventh and 10th.

“Pocono has not been my favorite track over the past several years, but the last few times racing there with Stewart-Haas Racing has been a lot more fun and competitive to run up front,” Almirola said. “I’m looking forward to going back there. I think going back there with some notes from the first race (in June) after finding decent speed there. At times, we were pretty competitive. But now, there are just more unknowns.”

Almirola has qualified on the front row six times this season – one pole and five outside-front-row starts.

While Almirola has yet to earn a win on Pocono’s “Tricky Triangle,” crew chief Johnny Klausmeier has one win as a substitute crew chief while filling in for SHR’s Tony Gibson there in June 2016.

This weekend’s event at Pocono marks the 19thpoints-paying race during which the Smithfield livery has adorned Almirola’s No. 10 Ford Mustang this year. Smithfield, a brand of Smithfield Foods, which is based approximately five hours northeast of SHR headquarters in Smithfield, Virginia, is in its eighth season with Almirola and its second with SHR. Founded in 1936, Smithfield is a leading provider of high-quality pork products, with a vast product portfolio including smoked meats, hams, bacon, sausage, ribs, and a wide variety of fresh pork cuts.

Also, fans can now get VIP, behind-the-scenes access in following “Aric ‘Beyond the 10’” by subscribing to his YouTube channel and following episodes on Facebook and Instagram TV. Episodes showcase never-before-seen footage of Almirola at the racetrack, on family trips, and “A Day in the Life” during the week, as well as all that goes into a NASCAR Cup Series driver’s season. Click hereto subscribe on YouTube and watch the latest episode.

Almirola sits ninth in the championship standings heading to Pocono, 197 points out of first.

While top-10 finishes keep Almirola safe in the playoff point standings, a win is the only thing on the Smithfield driver’s agenda this weekend at Pocono.

How will the racing be different this weekend compared to the past at Pocono?

“They’re putting down some of the traction compound on all three corners and that’s going to change the racing, for sure. We’ve seen it change the dynamic at many of the other tracks. I think that will be interesting and it will put on a great race. The restarts are already wild and crazy and now, with the outer groove being more of an option, that is really going to open up a lot of opportunities on restarts and being able to run side by side.”