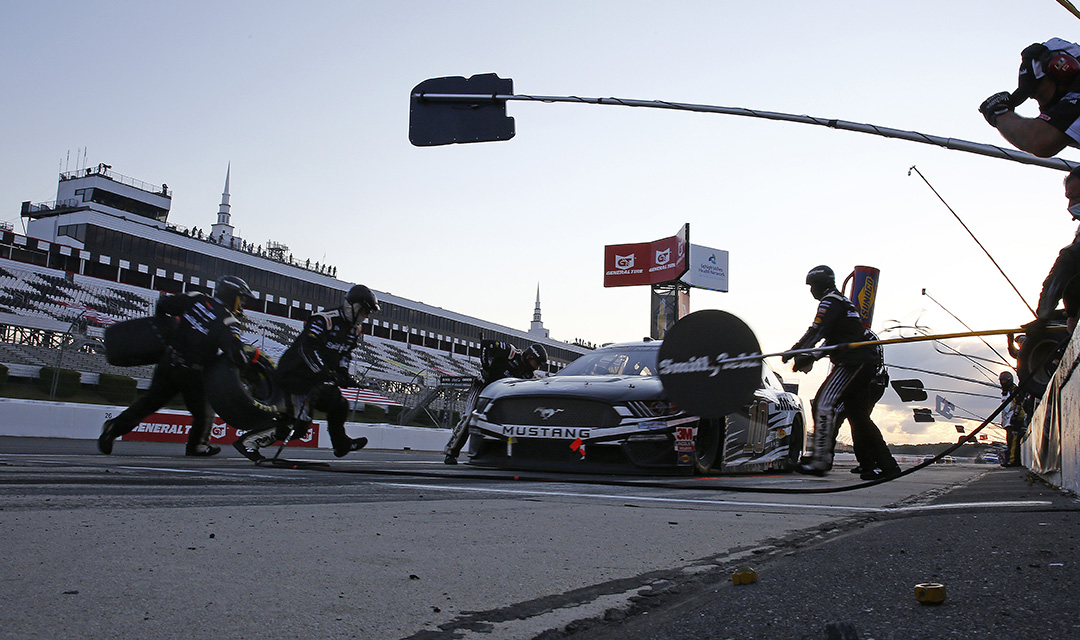 Stage 1 Recap (Laps 1-30):
● Aric Almirola started 18th and finished 31st.
● After a caution on lap 16, Almirola restarted 16th. When the green flag waved, he was stuck behind Joey Logano, who made contact with the grass, ultimately dropping him to 25th.
● Crew chief Mike Bugarewicz radioed Almirola to the pits on lap 27 for two tires and fuel.
● Almirola did not pit at the end of the stage.

Final Stage Recap (Laps 86-140):
● Almirola started 24th and finished fifth.
● The No. 10 Smithfield Ford driver was scored second on lap 114 after making several passes and multiple cars in front of him pitting.
● He pitted on lap 119 for fuel only.
● When green-flag pit stops cycled through he was scored fifth and held off the No. 21 car to earn his fourth-straight top-five finish of the season.

“Another top-five. Man I’m so proud of ‘Buga’ and all the guys on this No. 10 team. Four top-fives in a row. What a weekend we had here in Pocono. Got a lot of stage points. We finished third yesterday and fifth today. We’re riding a wave of momentum and I’m just so happy and thankful for all of our partners like Smithfield, Ford, Mobil 1, Go Bowling, Roush Yates and everyone back at Stewart-Haas Racing. I know these guys have been working so many hours trying to keep up with the pace of all these races. We’ll go to Indy, a place that is very similar to the tunnel turn at Pocono, and felt like we were really good there this weekend. I’m excited about Indy.”

● Almirola earned his fourth top-five and seventh top-10 of the season, and his second top-five and fourth top-10 in 17 career NASCAR Cup Series starts at Pocono.
● This was Almirola’s fourth straight top-five. He finished fifth June 14 at Homestead-Miami Speedway, third June 22 at Talladega and third in yesterday’s NASCAR Cup Series race at Pocono.
● This was Almirola’s fourth straight top-12 at Pocono. He finished 12th in the series’ visit to the track last July – his only result outside the top-10 in his last four races at Pocono.
● Since joining SHR in 2018, Almirola has finished outside the top-12 just once at Pocono.
● Almirola finished second in Stage 2 to earn nine bonus points.
● Almirola led once for four laps to increase his laps-led total at Pocono to 67.
● Denny Hamlin won the Pocono 350 to score his 41st career NASCAR Cup Series victory, his series-leading fourth of the season and his record-tying sixth at Pocono. His margin of victory over second-place Kevin Harvick was 3.068 seconds.
● There were eight caution periods for a total of 31 laps.
● Only 17 of the 40 drivers in the race finished on the lead lap.
● Harvick remains the championship leader after Pocono with a 52-point advantage over second-place Ryan Blaney.

Next Up:
The next event on the NASCAR Cup Series schedule is the Big Machine Hand Sanitizer 400 on Sunday, July 5 at Indianapolis Motor Speedway. The race starts at 4 p.m. EDT with live coverage provided by NBC and SiriusXM NASCAR Radio.