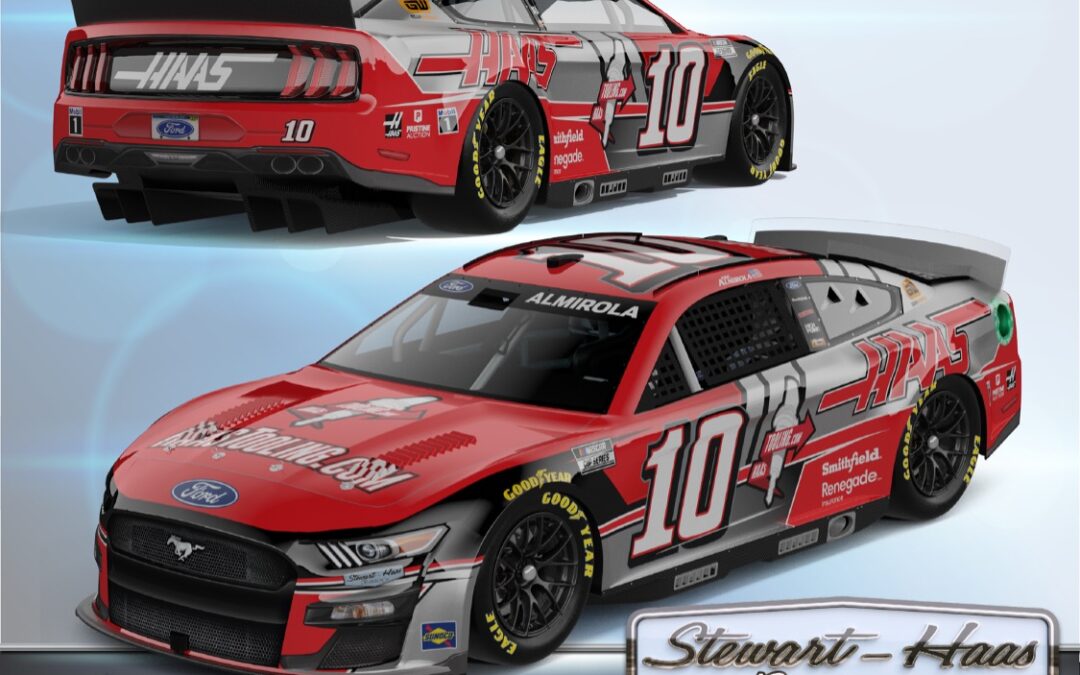 Notes of Interest
● After 20 races this season, Almirola is the only driver in the NASCAR Cup Series without a DNF (Did Not Finish).

● History at Pocono: Almirola will make his 20th Cup Series start at Pocono (Pa.) Raceway this weekend. Almirola has four top-10s, two top-fives and 67 laps led at the 2.5-mile track.

● Driver Points: Almirola arrives at Pocono 12th in the driver standings with 490 points, 244 out of first.

● Playoff Points: The No. 10 Ford driver sits 18th in the playoff standings, 129 points behind the top-16 cut line. Almirola has scored more points than six of the 14 drivers currently locked into the playoffs by virtue of race wins this season.

You participated in the Goodyear tire test at Pocono earlier this year. How was that, and what can we expect in the NextGen car at Pocono?

“I think we had a really good test there. We felt like we were the best car at the tire test. That doesn’t always translate to success on race weekend because Goodyear could always bring a different tire, so it’s hard to put too much weight into how you did at the test. I did feel good about it and I think we learned a lot. I feel like Pocono is going to be somewhat of a wild-card race. It’s going to be crazy on restarts and the track is so wide. Track position is going to be as important as always, so there will be a lot of risk-taking on that big, long, front straightaway.”

What is going to be the key to success this weekend?

“It’s going to be important to have cars that drive good. These cars have shock limiters, and the amount of shock travel we have, and going through three different corners to try and make this aero platform correct is going to be a challenge. There are just so many variables that make Pocono unique, and it takes somewhat of a compromise, so whoever figures out that compromise best, not only from the drivers but the engineers, as well, is going to win, and I hope we got a head start on that because of that test.”