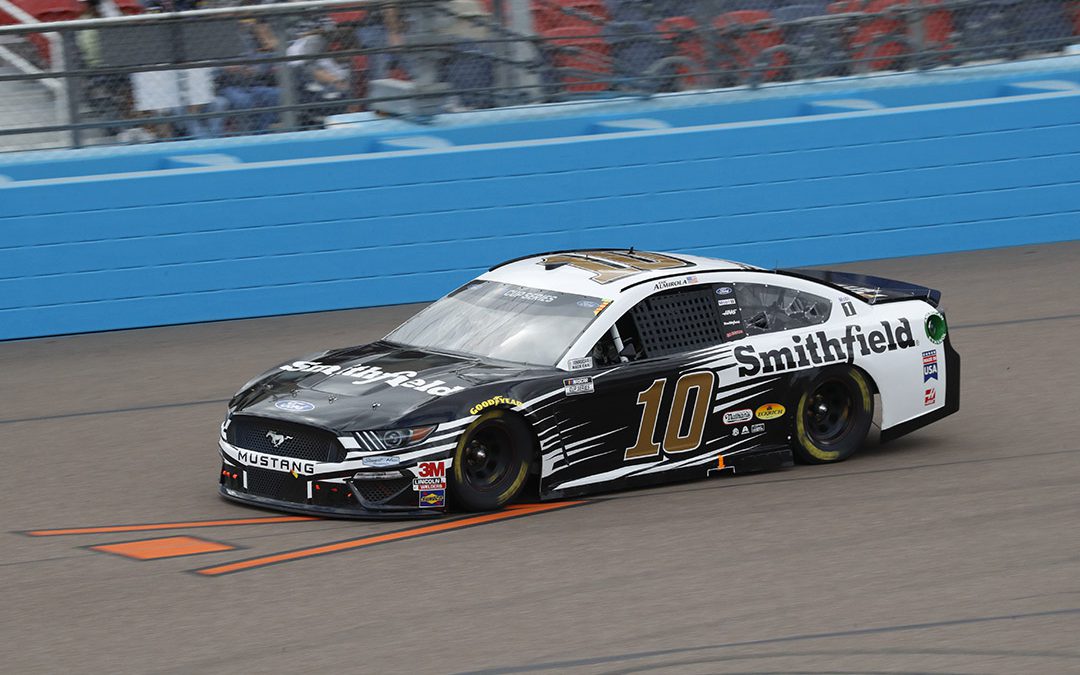 Stage 1 Recap (Laps 1-75):
● Aric Almirola started 20th and finished 29th.
● Almirola raced in and around the top-10 before the lap-32 competition caution.
● He pitted the Smithfield Ford for four tires, fuel and adjustments to correct loose-handling conditions.
● Almirola had damage on the right side of his No. 10 Ford after making contact with the wall and pitted at the end of the stage for four fresh tires, fuel and damage repair.

“What a year. What a season. This Smithfield Ford team battled hard all year and we had a phenomenal year with a lot of room for improvement. We have so much to be thankful for and so much to look forward in the future.”

Notes:
● Almirola led once for seven laps to increase his laps-led total at Phoenix to 33.
● Almirola enjoyed a career year in 2020 with his six top-fives and 18 top-10s and 305 laps led all being season highs.
● Chase Elliott won the Season Finale 500 to score his 11th career NASCAR Cup Series victory, his fifth of the season and his first at Phoenix. His margin of victory over second-place Brad Keselowski was 2.740 seconds.
● Elliott earned the NASCAR Cup Series championship at Phoenix by virtue of his win. He is the 34th different driver to win the series title.
● There were four caution periods for a total of 27 laps.
● Only 12 of the 39 drivers in the race finished on the lead lap.
● Ford clinched its 17th manufacturers’ championship with a series-leading 18 victories in 2020, 10 of which were scored by SHR. This is the second time in the last three seasons Ford has won the manufacturers’ title. Its 18 wins rank as its third-highest total in the modern era (1972-present). Ford won 19 races in 2018 and 1997, one less than its modern-era record of 20 in 1994.

Next Up:
The 2021 season kicks off with the 63rd running of the Daytona 500 on Sunday, Feb. 14 with live coverage from FOX and SiriusXM NASCAR Radio.