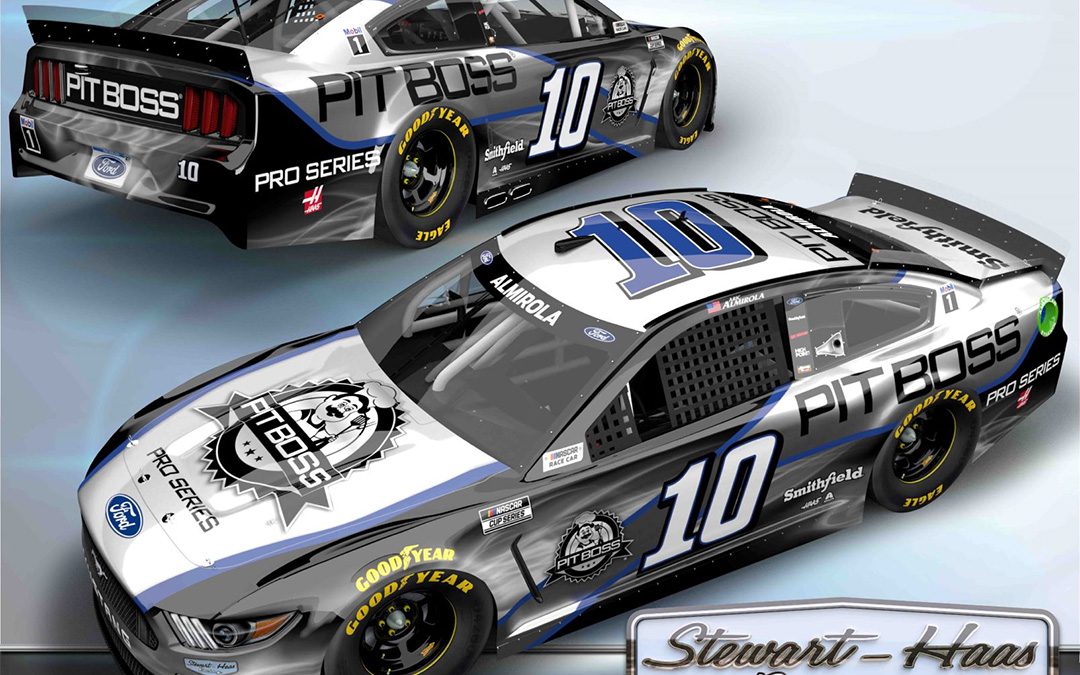 Notes of Interest
● History at Phoenix Raceway: Phoenix is arguably Almirola’s most consistent track in recent years. In his last seven starts there, he has finished outside of the top-10 just twice – two of those being top-four finishes. He’s also led 33 laps at the mile oval.
● Almirola has two top-10 finishes and a pole at Phoenix in the NASCAR Xfinity Series and two top-fives in the NASCAR Camping World Truck Series.
● In 2018, Almirola finished fourth at Phoenix’s playoff cutoff race to decide the final four championship contenders. It was the deepest playoff run of his career. A win would have advanced him to the championship race at Homestead-Miami Speedway the following weekend. Almirola went on to finish fifth in the championship – a career best.
● Almirola will be celebrating his 37th birthday Sunday, race day, at Phoenix.
● Last weekend at Las Vegas Motor Speedway, Almirola battled handing issues before a cut tire sent his No. 10 Ford into the outside wall, ending his day early.
● Pit Boss® Grills will sponsor Almirola’s No. 10 Ford Mustang for the first time this weekend at Phoenix. Pit Boss Grills is the fastest growing brand in the grilling industry, offers the best value per square-inch in the pellet grill market, doing so with innovation, excellence and a distinctly customer-driven approach. Pit Boss takes pride in delivering the best possible products, at an affordable price, crafting grills that are Bigger. Hotter. Heavier™ than the competition.For more information, visit PitBoss-Grills.com, or the company’s accounts on Facebook, Twitter, Instagram, Pinterest and YouTube.
● Pit Boss Race Day Recipes: Almirola and NASCAR released delicious race day recipes for fans to enjoy last year. Click the links that follow for Almirola’s fan tutorial for Jalapeño Poppers, Smithfield Brats, and Smithfield Pork Tenderloin Skewers on his Pit Boss Sportsman 1100 Pellet Grill.
● Beyond the 10 YouTube Series: In 2021, Almirola continues to share his life beyond the No. 10 Ford with season three of his award-winning YouTube series. Fans and media can subscribe on YouTube to see Almirola’s personality on and off the track. Episodes have already featured life as a dad, a husband and an athlete, and it gives fans a unique perspective on what goes on in the life of a professional NASCAR driver. Fans can also follow Almirola’s social media channels: @Aric_Almirola on Twitter and Instagram, and @AricAlmirola on Facebook.
● The Pit Boss Grills Ford team sits 28th in the championship standings with 41 points, 146 behind leader Denny Hamlin.
● Crew chief Mike Bugarewicz is in his sixth fulltime season at SHR and his second with Almirola.

You have run into some bad luck to start the season, but it hasn’t stopped you before. What is your mindset heading into the fifth race of the season?
“One word – perseverance. Steady persistence in a course of action in spite of difficulties, obstacles, or discouragement. No team has ever won a championship without obstacles or discouragement without following it up with perseverance. Everything that has happened so far in the season is in the past. We’ll learn from it and persevere. We have a great Pit Boss Ford team and we’re going to Phoenix with an empty slate. Phoenix has been good to us in the past and it’s historically been a great track for Stewart-Haas. We have a lot of work to do coming from the back, but we’re confident we can get there.”

You’re sporting a new paint scheme featuring Pit Boss Grills for the first time this weekend. How excited are you to represent the fastest growing brand in the grilling industry?
“My entire career has revolved around racing and tailgating. Even before I was racing in NASCAR, we attended tailgates to watch the races and you always have something smoking on the grill. I’ve been using my Pit Boss a lot, recently, and it has really stepped up the flavor. Any time I put a Smithfield Pork tenderloin, ribs, ham, you name it, the flavor with the competition blend pellets takes the meat to the next level. I’m excited to have them on board. It’s such an authentic fit for myself and our racing program. Their values and my values as a family man, Christian and aggressive competitor are aligned. It would be incredible to put them up front at Phoenix to turn our luck around and get ourselves some momentum heading to Atlanta, where we’ll have them on our No. 10 Ford again.”

What makes Phoenix so unique?
“Phoenix is just a fast short track. Ever since the repave, it races like a mile-and-a-half, which is different from a Richmond-, Martinsville- or Bristol-type of short track. It’s a fun race and I always look forward to heading out West to Phoenix.”

What’s the most important thing to be successful at Phoenix?
“You have to have everything at Phoenix. You have to have downforce, grip in your car and good brakes. You have to make sure your car turns well through the center of turns one and two, which is a sharp, banked corner. And then you have turns three and four, which are really fast and sweeping and flat. You’ve got to have a car that’s versatile and is a good compromise for both corners.”