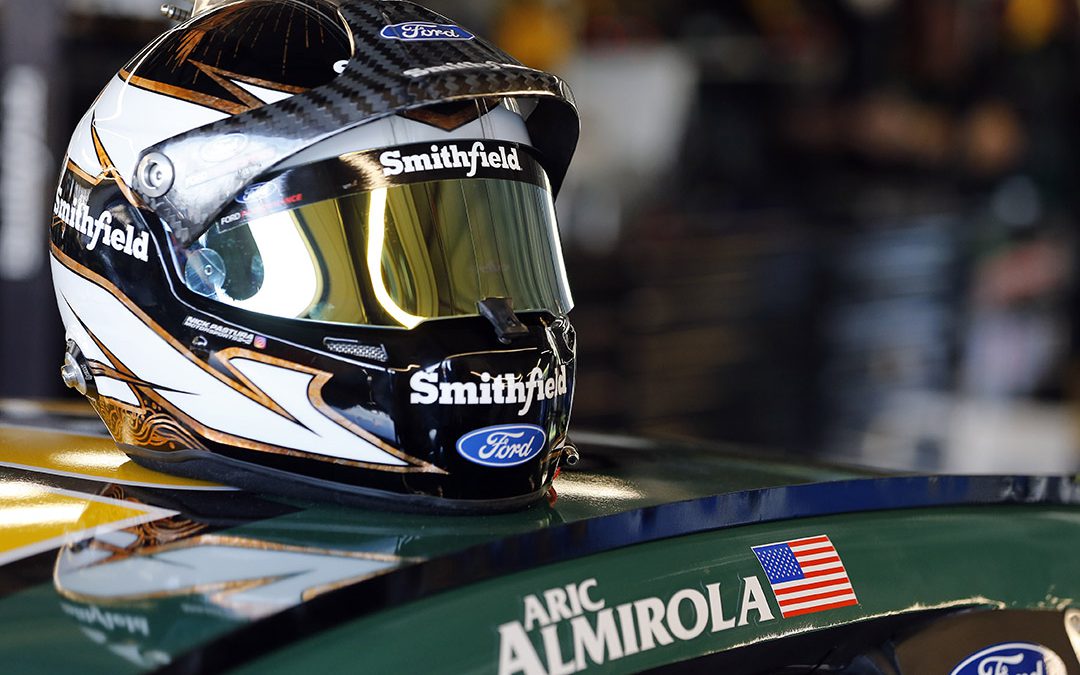 Ending the Season with Confidence

Almirola and the No. 10 Eckrich Ford team led 62 laps Sunday at Texas, made no mistakes and finished second behind teammate Kevin Harvick. It was Almirola’s best finish at Texas and marked his best finish at a 1.5-mile track. At Martinsville (Va.) Speedway the previous weekend, Almirola raced in and around the top-five for the majority of the race, showing the No. 10 team has found speed in the closing races of the 2019 season. But a lap-360 accident ended his day prematurely.

“I want to do that more,” Almirola said after the race at Texas. “It feels so good to cap off the season with great speed. These last few months have been rough for our team. When you win 14 or 15 races as an organization, the expectation is to do that again. When it doesn’t match up, the morale can go down for our guys. Now that we know we’re capable of speed it’s fun to head to Phoenix, where we’ve run well in the past, to compete for a win.”

ISM Raceway near Phoenix is the next stop on the Cup Series tour, and it could be Almirola’s best track for average running position all year. When he last visited the mile oval in March, he led his first laps at the venue, earned nine bonus points and equaled his best career Phoenix finish of fourth first earned in 2018. The 35-year-old hasn’t finished outside the top-seven there since joining SHR in 2018.

Almirola has certainly excelled in his seven NASCAR Xfinity Series starts at Phoenix, having captured the pole in November 2011 to go with 74 laps led and a pair of top-10 finishes. Earlier in his career, Almirola made three starts in the NASCAR Gander Outdoors Truck Series at the “Diamond in the Desert.” Two of those three starts resulted in top-five finishes, and he led 52 laps.

Of Almirola’s 61 top-10s earned in 314 career Cup Series starts, 19 have been at tracks a mile in length or shorter. He has an average finish of 14.8 at Phoenix. In 17 career starts there, Almirola has earned two top-four finishes, four top-10s and has led 26 total laps.

In addition to the intense racing action on track, Eckrich and ISM Raceway have teamed up to give fans the opportunity to win various prizes in victory lane. Starting Friday, fans can sign up to attempt to throw a football through a tire in the track’s infield to win select prizes. On race day, fans will have the opportunity to throw a football for prizes and donations with pit crew members on the No. 10 Eckrich Ford team, and one lucky fan will get to throw with Aric Almirola. At 9:30 a.m. local time, three fans and three pit crew members will pair up to make three teams. Each respective fan and crew member will attempt to throw a football through a tire and $50 per successful throw will be donated to the Victory Junction organization (https://victoryjunction.org – founded in honor of Adam Petty). The fan who makes the most throws through the tire will get the opportunity to throw with Almirola at 10 a.m. for a chance to earn up to $10,000 in donations to Victory Junction.

“I played baseball in high school and I’d say I’ve got a pretty good arm,” Almirola said with a laugh. “Hopefully, I can back it up and earn Victory Junction $10,000 on Sunday.”

As the season comes to a close, Almirola sits 13th in the standings with 2,204 points.