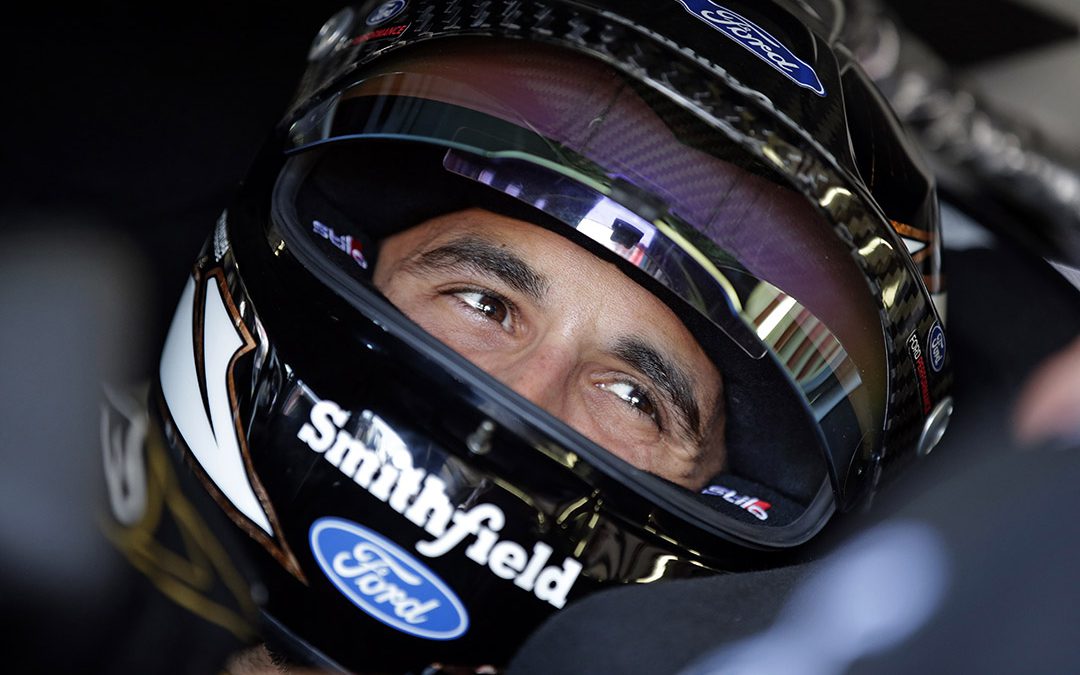 Stage 1 Recap (Laps 1-75):
● Aric Almirola started ninth and finished third, earning eight bonus points.
● The No. 10 Smithfield Ford Mustang gained two positions by lap 10.
● On lap 29, Almirola noted loose-handling conditions, but crew chief Johnny Klausmeier said he was turning the fastest laps on the track.
● Almirola drove to sixth before the caution on lap 46 was called. He pitted for four tires, fuel and air pressure and chassis adjustments to tighten the No. 10 Ford.
● During the restart Almirola battled to second place before continuing to report loose conditions and finishing the stage in third.
● At the conclusion of the stage, he pitted for four fresh tires, fuel, and air pressure and chassis adjustments.

● Almirola started sixth and finished first, earning 10 bonus points and one playoff point.
● The No. 10 Smithfield Ford Mustang advanced to fourth place during the restart.
● On lap 101, Almirola held his car inside the top-five but continued to note loose-handling conditions.
● During the caution on lap 110, he pitted for only two tires and fuel. Almirola restarted sixth and drove to fourth past teammate Clint Bowyer. On lap 120 he made the pass for third.
● Almirola was instructed to stay out of the pits during a lap-137 caution, enabling him to assume the lead.
● When the green flag waved Almirola held the lead, but the caution was called again for a spin. When racing resumed, he held onto the top spot to earn his first stage win of the season.
● When Almirola came to pit road at the conclusion of the stage, the No. 21 car slid through the No. 10’s pit box and tangled the air hose, slowing the pit stop.

● Started 20th and finished 11th.
● Almirola weaved the Smithfield Ford through traffic to enter the top-15 by lap 188.
● The caution was called on lap 214 with Almirola in 14th. He pitted for four tires, fuel, and air pressure and chassis adjustments, and came off pit road in 13th.
● After another caution just a few laps later, Almirola restarted 12th. He raced to ninth place by lap 231.
● During the final caution period on lap 266, Almirola pitted from eighth place for two tires, fuel and right-rear air pressure. Contact on pit road with the No. 18 car slightly damaged the nose of the No. 10 Ford.
● When Almirola restarted from ninth place he was caught in traffic, ultimately pushing him a spot outside the top-10 by the time the checkered flag waved.

“We scored a lot of points, but we just got behind. It’s kind of a double-edged sword when the caution comes out late like that in the stage. You’ve got to make a decision on scoring points or trying to win the race, and we chose to score stage points and that paid off. We won the stage, but in the end we got behind and couldn’t recover from track position.”

The next event on the Monster Energy NASCAR Cup Series schedule is the Gander RV 400 on Sunday, July 28 at Pocono (Pa.) Raceway. The race starts at 3 p.m. EDT with live coverage provided by NBCSN and SiriusXM NASCAR Radio.