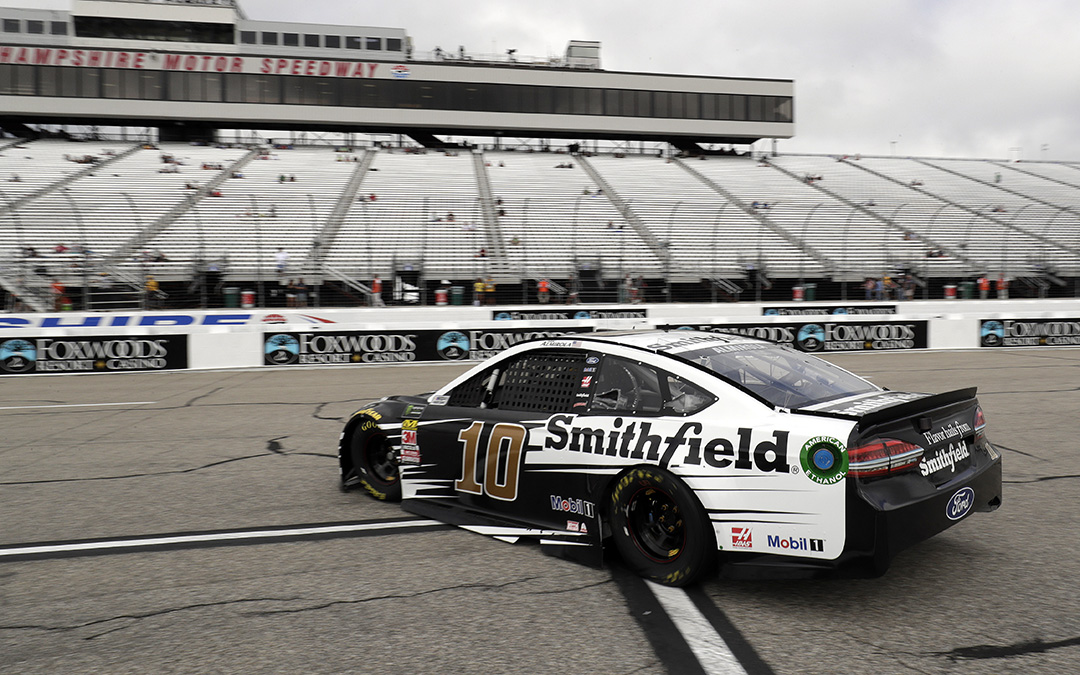 Stage 1 Recap (Laps 1-75):
● Aric Almirola started 13th and finished 10th to earn one bonus point.
● Almirola ran as high as seventh before the competition caution on lap 35.
● He pitted for four tires, fuel and adjustments, but an issue with the right-front wheel set the Smithfield Ford team back to 28th.
● Almirola weaved through traffic and re-entered the top-10 on the final lap of Stage 1.|
● He pitted at the conclusion of the stage for four tires, fuel and air pressure adjustments. The Smithfield team gained one position on pit road.

Final Stage Recap (Laps 151-301):
● Almirola started fifth and finished third.
● The Smithfield Ford driver passed teammate Kurt Busch for the lead on lap 211.
● Almirola led 15 laps before pitting from the lead under green-flag conditions for four tires and fuel. When he exited pit road he was passed by teammate Kevin Harvick.
● Almirola regained the lead on lap 232.
● During a caution on lap 257, Almirola pitted for four tires and fuel. His Smithfield Ford was third off pit road.
● Almirola fell to fifth on the final restart but battled his way to third, his best finish of the season.

The next event on the Monster Energy NASCAR Cup Series schedule is the Gander Outdoors 400 on Sunday, July 29 at Pocono (Pa.) Raceway. The race starts at 2:30 p.m. EDT with live coverage provided by NBCSN beginning at 2 p.m.