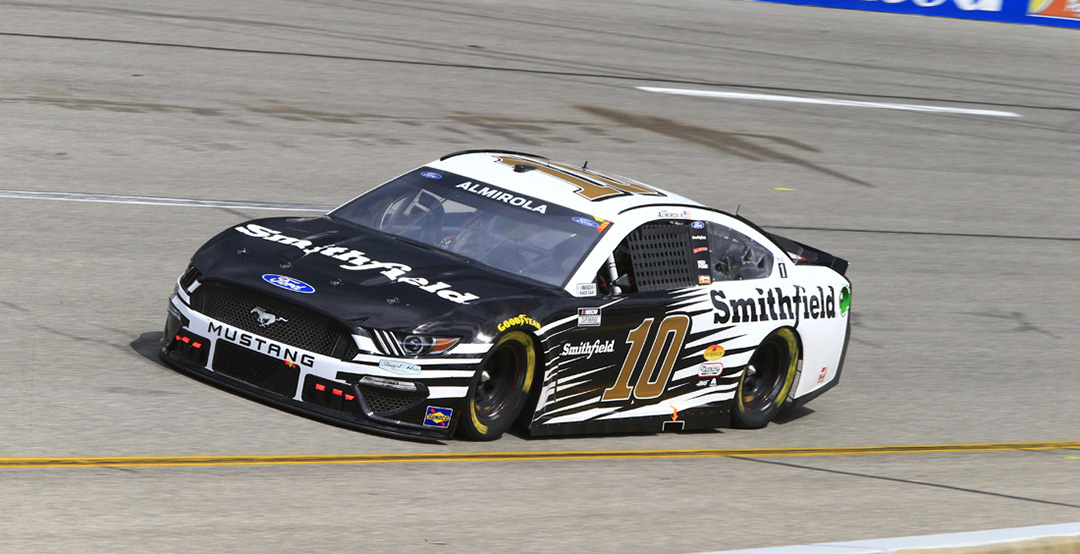 Notes of Interest
● In the last three races at New Hampshire Motor Speedway in Loudon, Almirola is ranked third in points earned with an average finish of 7.0 and 56 laps led.

● Almirola’s best finish this year is fourth at Nashville (Tenn.) Superspeedway. His second-best finish was sixth at Richmond (Va.) Raceway, and his next-best was 11th at Phoenix Raceway – all hosting the 750-horesepower, high-downforce package that will be utilized this weekend at New Hampshire.

● Crew chief Mike Bugarewicz has one top-five finish and four top-10s at New Hampshire in seven outings as a Cup Series crew chief.

● After the season’s first 21 points-paying events, Almirola and the Smithfield Ford team sit 27th in the championship with 331 points, 505 behind leader Denny Hamlin and 232 behind the playoff cutoff line.

What do you like about going to New Hampshire Motor Speedway?
“It kind of takes you back to Saturday-night, short-track racing. It’s a mile track but it races like a short track. You go there and see the Modified division there and it makes you feel like when you were a kid and racing Late Models. It’s a fun track to race at and I’ve had some success there and I’ve run well there in the past.”

Are you looking forward to getting to another track that fits the No. 10 team’s strengths this season?
“I have had New Hampshire circled on the calendar for a while now. It’s somewhere that I have had a lot of success at since joining SHR. We were even in position to win there my first year with the team. This package has been our strong suit this year, as we saw at Nashville, Richmond and Phoenix, which gives us even more confidence and excitement heading there this weekend.”