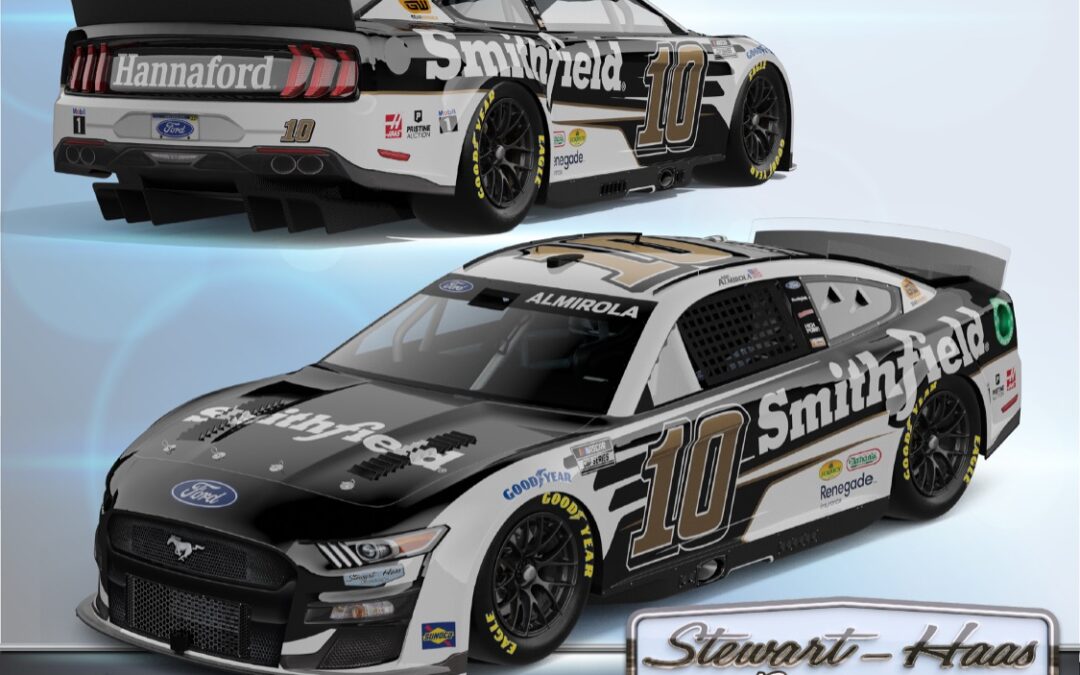 Notes of Interest
● Almirola is the most recent NASCAR Cup Series race winner at New Hampshire Motor Speedway. After a two-hour rain delay, Almirola and the field battled daylight during the race last July. With darkness closing in on the 1.058-mile oval, Almirola sprung to life late and pulled off the surprise victory, his and Stewart-Haas Racing’s first of the year. The win catapulted Almirola from 27th in the standings to the playoffs for the fourth consecutive year and fifth time in his career.

● Almirola has already shown success at a track like New Hampshire in the NextGen car. The No. 10 driver finished fifth at Gateway International Raceway in Madison, Illinois, which is a flat, 1.25-mile oval with similarities to New Hampshire in turns three and four.

● Almirola heads to New Hampshire fresh off an eighth-place finish at Atlanta Motor Speedway. It was his sixth top-10 of the season. After 19 races this season, Almirola is the only driver in the NASCAR Cup Series without a DNF (Did Not Finish). He has completed all but five laps of the 4,972 run this year – a 99.9 percent completion rate.

● Driver Points: Almirola arrives at New Hampshire 12th in the driver standings with 481 points, 203 out of first.

● Playoff Points: The No. 10 Ford driver sits 18th in the playoff standings, 42 points behind the top-16 playoff cut line. Almirola has scored more points than six of the 13 drivers currently locked into the playoffs by virtue of race wins this season.

“I think of it being a great day and a day that changed the course of our entire season. I’m looking forward to going back. We’re in a much different situation this year. A lot closer to being in on points, but with so many new winners this year, it’s pretty apparent you’re going to have to win to get in. This weekend will be a great opportunity to go win. When I look at this year compared to last, we have some races where we hit it and some where we missed. It felt great to have a car that strong that could control the race. We’re at a point in the season where we’re just now coming back to tracks for the second time with notes, so it’s really hard to compare to last year. We were really good at Phoenix to open the year, and great at Gateway, so I think we already have some good notes to go from.”

You earned a top-five finish at Gateway earlier this year. Are there similarities to New Hampshire you can benefit from?

“I think so. Turns three and four at Gateway are very similar to the turns at Loudon. There are some aspects unique to Loudon, but it’s still a short track. I think there are some things from a confidence level and comfortability because I enjoy that style of racetrack. It fits my driving style. I’ve always run well at Loudon. I remember the first time I got in Jimmie Johnson’s Cup car when I was there on baby watch. I got in his car on Saturday morning for practice and actually went faster than he did, and that was a big boost of confidence for me. That practice session really changed the course of my career. It opened the eyes to a lot of general managers and team owners. I think it changed everyone’s mind. It happened quickly after that. Dale Jr. called and asked if I would drive the No. 88 in the (NASCAR Xfinity Series) and that led to an opportunity at Richard Petty Motorsports.”

No one thought you would dominate the New Hampshire race last year, being outside the top-20 in points. Does it mean a lot when you make those statement wins and prove everyone wrong?

“Not really. In general, we’re not a favorite for most of the races. We show up most weekends as the underdog and we just believe in ourselves. We show up every weekend knowing that if we do all the small things right and have a good car, we’ll have a chance at a win.”

Do you feel like you have to make the playoffs to consider it a great year?

“Making the playoffs is the goal. You can’t run for a championship if you don’t make the playoffs. We start every year with a list of goals and the priority is to do everything you can to make the playoffs, whether that is on points or winning races. We’ve done a good job this year of scoring points and putting ourselves in a position that typically would have us racing our way in by points. But with this atypical year, we’ve had a ton of different winners. I feel like we are having a good year and that’s crazy to feel that way considering where we are in the points. I feel like I’ve had as good of a year as any year at Stewart-Haas and the playoffs were achieved in those years. To be on the outside right now just speaks to the competitiveness. Last weekend, you saw Corey Lajoie almost win it, and he’s outside of the top-30, so it’s a crazy year where anyone can win it at any time.”