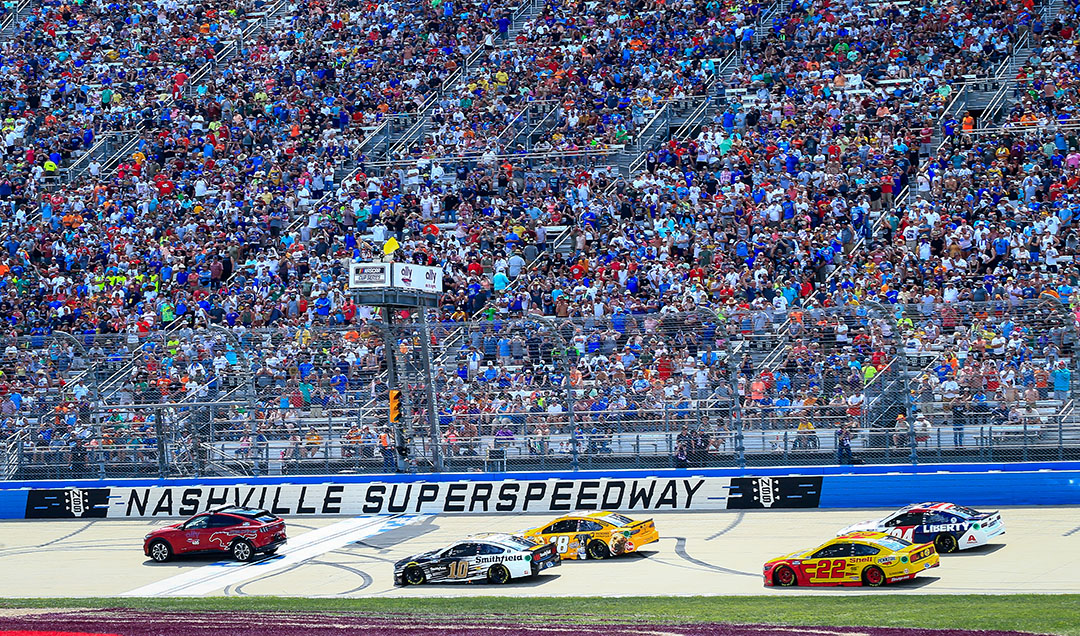 Stage 1 Recap (Laps 1-90):
● Aric Almirola started first and finished 16th.
● Almirola was scored third by lap eight. He noted loose-handling conditions into the turn and being tight to the middle.
● On lap 45, Almirola was called to the pits. Crew chief Mike Bugarewicz radioed Almirola to roll through pit road to stay on the lead lap due to an ill-timed caution.
● The No. 10 Smithfield team pitted during the caution period for four tires, fuel and air pressure and wedge adjustments.
● Almirola restarted sixth, but another caution was called on lap 55.
● He restarted seventh and drove to the top-five until another caution on lap 79.
● The team pitted for four tires, fuel and adjustments and restarted 12th.
● Almirola said his tires chattered during the restarted, resulting in the No. 10 dropping to 16th before the end of the stage.

Stage 2 Recap (Laps 91-185):
● Almirola started 10th and finished ninth, earning two bonus points.
● The No. 10 Smithfield team opted not to pit at the end of the stage.
● Almirola rejoined the top-10 by lap 108 when he passed teammate Cole Custer and was scored eighth just 11 laps later.
● He pitted during a caution period on lap 132 for four tires, fuel and adjustments to help the No. 10 Ford turn better.
● The Smithfield Ford pit crew gained Almirola one spot on pit road to restart eighth.
● Almirola drove back to sixth place by lap 147 and passed teammate Kevin Harvick for fifth on lap 155.
● The caution was called on lap 174. Almirola restarted 10th and held his Smithfield Ford inside the top-10.
● He pitted at the end of the stage for four tires, fuel and adjustments.

Final Stage Recap (Laps 186-300):
● Almirola started eighth and finished fourth.
● He pitted under caution for four tires, fuel and adjustments on lap 228, telling his team he needed more grip.
● He restarted sixth and said grip improved after the adjustments.
● The No. 10 Smithfield Ford driver raced his way to fourth place by lap 251.
● Almirola was told to save fuel with 40 laps to go.
● He fell to fifth while saving fuel and passed teammate Kevin Harvick right at the finish line to finish fourth.

Notes:
● Almirola earned his first top-five and second top-10 of the season.
● This was Almirola’s best finish so far this season. His previous best result was a sixth-place drive April 18 at Richmond (Va.) Raceway.
● Kyle Larson won the inaugural Ally 400 to score his 10th career NASCAR Cup Series victory, his fourth of the season and his third straight. His margin over second-place Ross Chastain was 4.335 seconds.
● There were 11 caution periods for a total of 60 laps.
● Twenty of the 39 drivers in the Ally 400 finished on the lead lap.
● Denny Hamlin remains the championship leader after Nashville with a nine-point advantage over second-place Larson.

Aric Almirola, driver of the No. 10 Smithfield Ford Mustang for Stewart-Haas Racing:
“We had a good car and finally ended some of the bad luck that has been dealt our way this year. Our race team is doing a great job scrounging and scrapping to build better racecars, and it’s nice to come here and run up front, run in the top-five and at least be in the mix, so it feels good. We’ll just keep building on it. The All-Star Race was a good race for us. Today, again, was a good race for us, so we’ll just keep grinding. We had some really fast cars on Pocono last year, and we’re racing there twice this weekend, so we’ve got a chance to keep building on this momentum.”

Next Up:
The next event on the NASCAR Cup Series schedule is a doubleheader June 26-27 at Pocono (Pa.) Raceway. The first race starts at 3 p.m. EDT on Saturday, and the second race begins at 3:30 p.m. on Sunday. Both races will be broadcast live on NBCSN and SiriusXM NASCAR Radio.