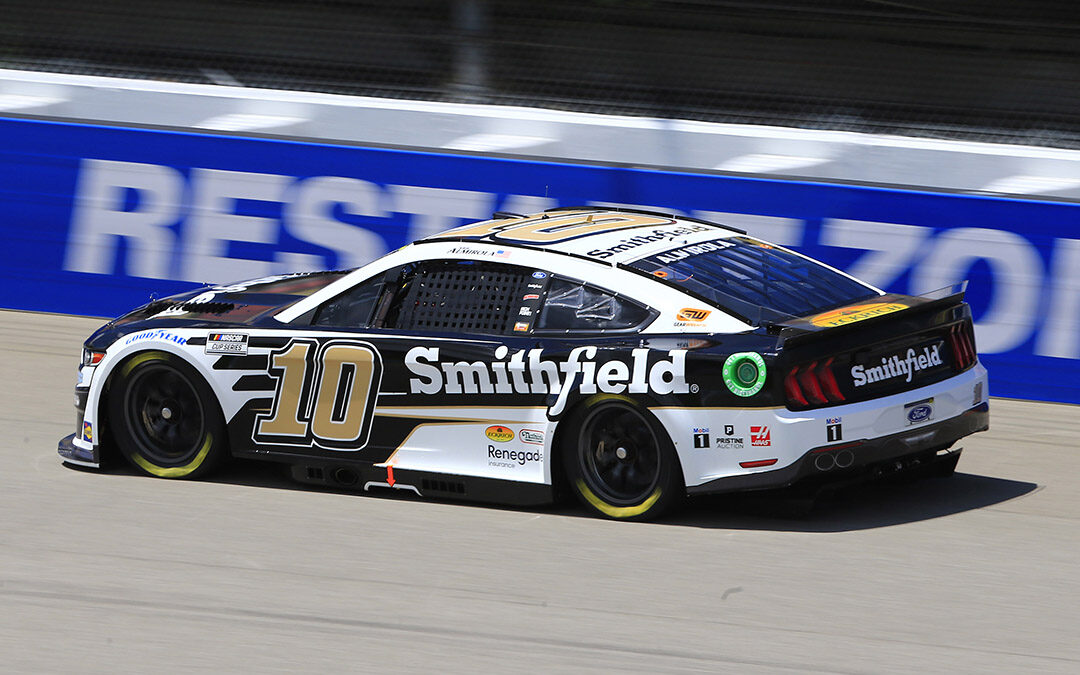 Race Notes:
● There were seven caution periods for a total of 36 laps.
● Twenty-two of the 37 drivers in the FireKeepers Casino 400 finished on the lead lap.
● Chase Elliott remains the championship leader after Michigan with a 119-point advantage over second-place Ryan Blaney.

Sound Bites:
“I got hit in the left rear and spun out and then we all crashed. We just can’t seem to catch a break. I think some of the guys that were slower cars stayed out and that kind of jumbled up the field and then everybody swarms them and they can’t get out of the way.” – Aric Almirola, driver of the No. 10 Smithfield Ford Mustang

Next Up:
The next event on the NASCAR Cup Series schedule is the Federated Auto Parts 400 on Sunday, Aug. 14 at Richmond (Va.) Raceway. The race begins at 3 p.m. EDT with live coverage provided by USA and SiriusXM NASCAR Radio.