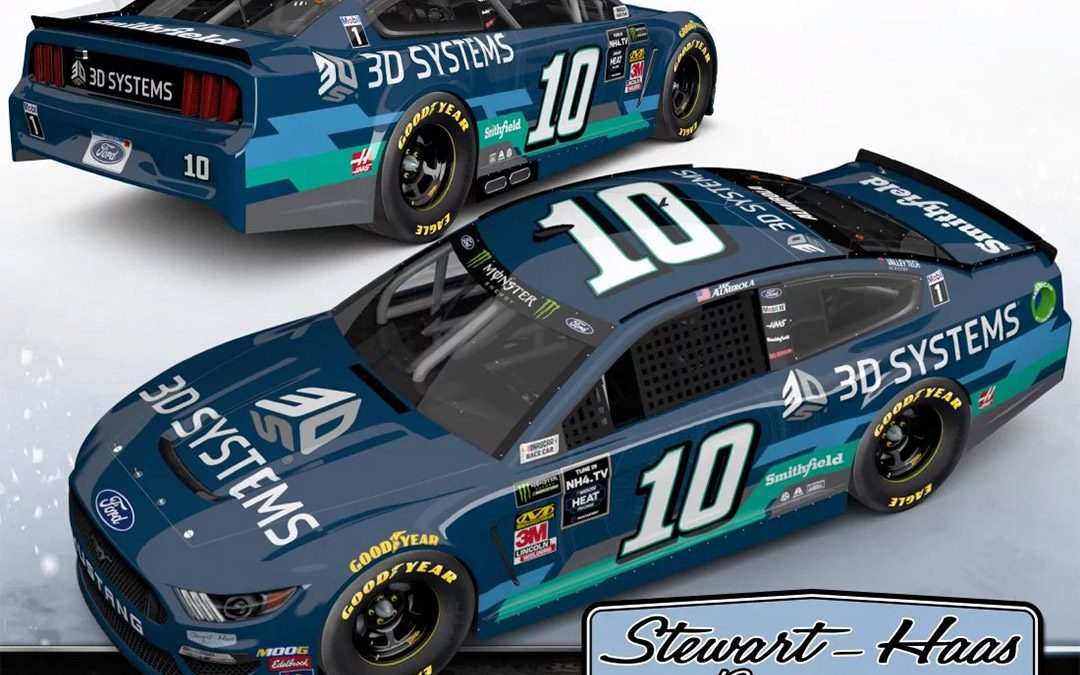 Safe, But Not Complacent Heading to Michigan

His 12th-place result at The Glen gave Almirola a favorable points cushion with the 2019 Monster Energy NASCAR Cup Series playoffs fast approach, but he isn’t allowing himself to become complacent with four regular-season races to go.

“I’ve learned in this sport that you can never be too comfortable,” Almirola said. “Really, there are so many people hovering right around that cutoff line who can win on any given weekend. I know it might not appear that way, but it seems that the same cars typically and often win, but every driver in this sport is too good and, on any given weekend, things could just line up for those guys. They’re talented enough, their teams are good enough, their cars have got decent speed to where they could pull off a win. And, the next thing you know, you’re looking at a 60- or 50-point gap, and if one more guy wins, you’re looking at a 20- or 30-point gap, and that can go away in one race. So I’m always mindful of that and I’ve learned never to be too comfortable.”

In Almirola’s 14 starts at the 2-mile Michigan oval, he has earned one top-10 and led three laps. In 21 Cup Series starts this year, Almirola has one pole, one top-five finish, 10 top-10s and has led 112 laps. In 302 career starts, Almirola has two wins, two poles, 16 top-five finishes, 59 top-10s and 469 laps led. Almirola has qualified on the front row six times this season – five outside-front-row starts in addition to his pole.

Almirola has two starts in the NASCAR Gander Outdoors Truck Series at Michigan, winning in June 2010 after leading seven laps for his second win in the series that season. Additionally, the Tampa native made three Michigan starts in the NASCAR Xfinity Series with a best finish of eighth in June 2015 while piloting the No. 98 DenBeste Water Solutions Ford.

“Michigan is a weird place for me because, in my mind, I feel like I run good there” he said. “I won a Truck race there years ago and from that point forward I just always loved going to Michigan. My wife’s family is from Michigan, so I go to Michigan with such a great attitude. I feel like in our first race there this year we had a lot of speed. I feel we had a top-five car there at Michigan and didn’t execute and things didn’t go our way with the restarts and I didn’t get the result. I’m excited about going back. Going to Michigan, there’s always a lot of pride for the manufacturers. I’d love to go there and keep the trophy in Ford’s backyard.”

Dearborn, Michigan-based Ford looks to score its 39th win in its backyard this weekend. Two of its 38 Michigan wins were earned back-to-back last year by SHR drivers Clint Bowyer and Kevin Harvick.

Almirola’s No. 10 Ford this weekend will sport a never-before-seen paint scheme. More than 30 years ago, 3D Systems brought the innovation of 3D printing to the manufacturing industry.

Today, as the leading additive manufacturing solutions company, it empowers manufacturers to create products and business models never before possible through transformed workflows. This is achieved with the company’s best-of-breed digital manufacturing ecosystem – comprised of plastic and metal 3D printers, print materials, on-demand manufacturing services and a portfolio of end-to-end manufacturing software. Each solution is powered by the expertise of the company’s application engineers, who collaborate with customers to transform manufacturing environments. 3D Systems’ solutions address a variety of advanced applications for prototyping through production in markets such as aerospace, automotive, medical, dental, and consumer goods. More information on the company is available at www.3dsystems.com.

Almirola sits ninth in the championship standings heading to Sunday’s Consumers Energy 400, 211 points out of first and 96 ahead of the 16th-place playoff cutoff line.

Aric Almirola: Driver of the No. 10 3D Systems Ford Mustang for Stewart-Haas Racing:

How crazy are the restarts at Michigan, and are they the best times to take advantage of someone?
“We’re seeing restarts get crazier and crazier at tracks that we go to. There’s no one track that they’re crazier at than the other anymore because that is the most opportune time to pass cars, besides on pit road. Pit road is the easiest place to pass but, once you line up for the restart, there’s opportunity to gain three, four, five spots in a lap, and there’s no other opportunity to do something like that throughout the run. I feel like restarts are definitely the time to gain or lose track position, so you have to be on offense and defense at the same time. Michigan is very wide and you want to be aggressive and go take spots away, but you can easily give up four or five spots that are really hard to get back once we get single file.”No. 10 3D Systems Ford Mustang

Some tracks are very line-sensitive on restarts. Is Michigan one of them?No. 10 3D Systems Ford Mustang
“Yes, Michigan is a very line-sensitive on restarts. The outside lane is usually the dominant lane. The inside lane – the cars on the inside usually lose sideforce, they lose the air on the side of their car and they are very loose down there in turns one and two on the restart. The outside lane usually has the momentum and is the preferred lane going through (turns) one and two on the restarts.”

Have you had to be more assertive – more of a “jerk” – on restarts this year to take or protect positions?
“I don’t even consider it being a jerk anymore. It’s just racing, right? We all know that it’s really challenging to pass when we get strung out with the increased downforce on the cars. We’re making a bigger wake coming off of our cars, so the trailing car is sometimes having more of a challenge to pass when the cars get strung out. Restarts are the most opportune time and, now that the cars have less horsepower, at a lot of these racetracks we go to momentum is such a key. If a couple of cars get bottled up and they have to check up out of the throttle and their momentum gets killed, the next thing you see is four- and five-wide – they’re splitting those guys and those guys lose a lot of spots. So you have to be aggressive and you have to try and keep your momentum and take every hole there is. You can’t check up out of the throttle. If you check up out of the throttle, you’re going to lose multiple spots.”