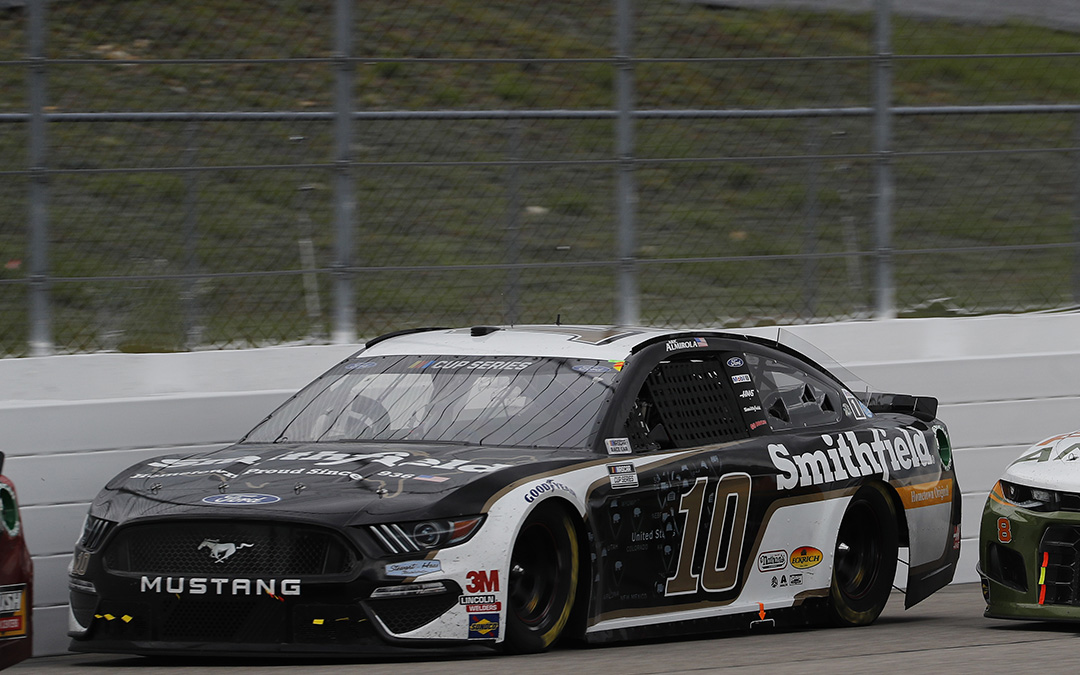 Consistency Continues Ahead of Michigan Doubleheader

“The consistency from this team is incredible,” Almirola said. “If we continue to run up front like this, we’re bound to put ourselves in position to win. It would be great to make the gap even larger between us and the playoff cutoff line, but a win is what we’re after in Michigan.”

The last time Almirola raced a doubleheader weekend June 27 and 28 at Pocono (Pa.) Raceway, he posted solid finishes of third and fifth, respectively.

“Racing doubleheader weekends is obviously tough on the race team because they have to bring a setup they believe will perform twice, but these weekends are also tough on the driver’s physical and mental abilities,” he said. “Typically, we have an entire week to recover before getting back in the car, and now we only have the night to sleep it off. If you finish well, you feel confident about the next day, but if you didn’t have the day you wanted, you have to let it go and come back the next day ready to improve. I’m hoping my physical preparation will pay off again this weekend in Michigan.”

In Almirola’s 15 previous starts at the 2-mile Michigan oval, he has one top-10 and three laps led. He has two starts in the NASCAR Gander RV & Outdoors Truck Series at Michigan, winning in June 2010 after leading seven laps for his second win in the series that season. Additionally, the Tampa native made three Michigan starts in the NASCAR Xfinity Series with a best finish of eighth in June 2015 while piloting the No. 98 DenBeste Water Solutions Ford.

The No. 10 Ford driver sits eighth in the driver standings for his career-best points position after 20 races. In his first two seasons at SHR in 2018 and 2019, Almirola was ninth and 11th in the standings, respectively, after 20 races.

Almirola continues to provide fans with content from his documentary series Beyond the 10, where they can get VIP, behind-the-scenes access by subscribing to his YouTube channel. Episodes showcase never-before-seen footage of the Smithfield driver at the racetrack, on family trips, and “A Day in the Life” during the week, as well as all that goes into a NASCAR Cup Series driver’s season. Click here to subscribe on YouTube and watch the latest episode.

Do you feel confident heading to Michigan?

“Michigan is a weird place for me because, in my mind, I feel like I run well there. I won a Truck race there years ago and, from that point forward, I just always loved going to Michigan. My wife’s family is from Michigan, so I go to Michigan with such a great attitude. I felt like in our first race there last year we had a lot of speed. I felt we had a top-five car there at Michigan and didn’t execute and things didn’t go our way with the restarts and I didn’t get the result. I’m excited about going back. Going to Michigan, there’s always a lot of pride for the manufacturers. I’d love to go there and keep the trophy in Ford’s backyard.”

How crazy are the restarts at Michigan, and are they the best times to take advantage of someone?

“We’re seeing restarts get crazier and crazier at tracks that we go to. There’s no one track that they’re crazier at than the other anymore because that is the most opportune time to pass cars, besides on pit road. Pit road is the easiest place to pass but, once you line up for the restart, there’s opportunity to gain three, four, five spots in a lap, and there’s no other opportunity to do something like that throughout the run. I feel like restarts are definitely the time to gain or lose track position, so you have to be on offense and defense at the same time. Michigan is very wide and you want to be aggressive and go take spots away, but you can easily give up four or five spots that are really hard to get back once we get single file.”

“Yes, Michigan is very line-sensitive on restarts. The outside lane is usually the dominant lane. The inside lane – the cars on the inside usually lose sideforce, they lose the air on the side of their car and they are very loose down there in turns one and two on the restart. The outside lane usually has the momentum and is the preferred lane going through (turns) one and two on the restarts.”