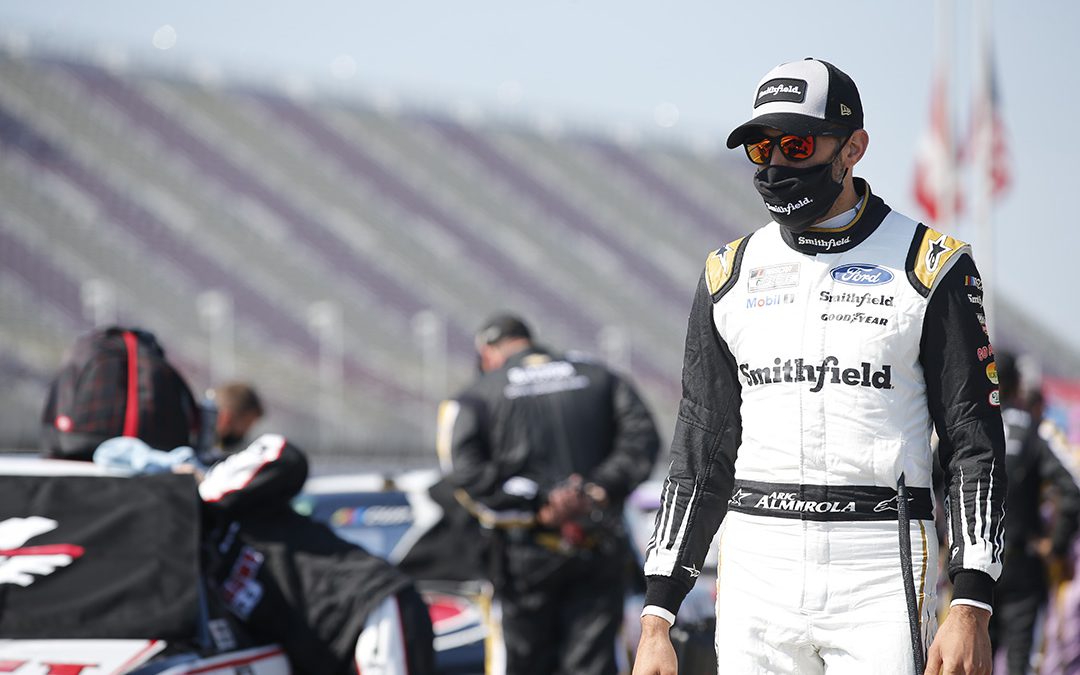 Stage 1 Recap (Laps 1-40):
● Aric Almirola started fourth and finished 20th.
● The No. 10 Smithfield Ford driver pitted under the competition caution on lap 17.
● He battled handling issues after restarting 16th.
● Almirola pitted at the end of the stage for four tires, fuel, and chassis and air pressure adjustments.

Stage 2 Recap (Laps 41-85):
● Almirola started 15th and finished 20th.
● He continued to battle difficult handling conditions throughout Stage 2.
● The No. 10 team pitted at the conclusion of the stage for four tires, fuel, and air pressure and chassis adjustments.

Final Stage Recap (Laps 86-161):
● Almirola started 20th and finished 16th.
● The No. 10 Smithfield Ford team pitted multiple times for adjustments to improve the balance of the No. 10 car.
● He opted not to pit on lap 131.
● Almirola endured damage and had to pit under caution on lap 144.
● On the final restart in overtime, Almirola raced from 17th to 16th and held the No. 10 Ford Mustang inside the top-20.

Aric Almirola, driver of the No. 10 Smithfield Ford Mustang for Stewart-Haas Racing:
“That wasn’t the day we hoped for, but we learned a lot about the way we set up our cars as a team. Proud of Stewart-Haas Racing and congrats to Kevin (Harvick) for bringing home the win. We’re going to take a big swing at it tomorrow and hope to build on that.”

Notes:
● Almirola’s 16th-place finish brought an end to his top-10-streak, which began June 14 at Homestead-Miami Speedway and ended with a seventh-place finish Aug. 2 at New Hampshire Motor Speedway in Loudon. It is the longest top-10 streak of his career. His previous best streak was a run of six consecutive top-10s in 2019 that began with the second race at Atlanta Motor Speedway and lasted through the series’ seventh race at Texas Motor Speedway in Fort Worth.
● Kevin Harvick’s margin of victory over second-place Brad Keselowski was .284 of a second.
● There were nine caution periods for a total of 43 laps.
● Thirty-two of the 39 drivers in the race finished on the lead lap.
● Harvick remains the championship leader after the FireKeepers Casino 400 with a 94-point advantage over second-place Keselowski.

Next Up:
The second event of the NASCAR Cup Series doubleheader at Michigan is the Consumers Energy 400 on Sunday. The race starts at 4:30 p.m. EDT with live coverage provided by NBCSN and SiriusXM NASCAR Radio.