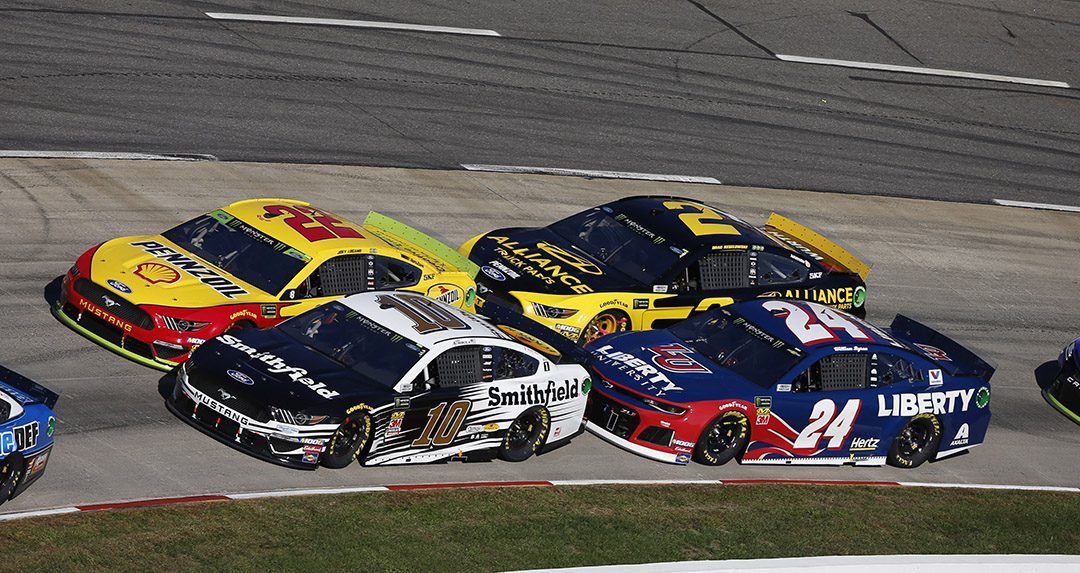 Smithfield Ford Driver Runs In, Around Top-Five Until Lap-360 Accident

Stage 1 Recap (Laps 1-130):
● Aric Almirola started fourth and finished seventh to earn four bonus points.
● Almirola advanced to the outside front row due to the No. 9 car dropping to the rear at the start of the race.
● The No. 10 driver pitted the Smithfield Ford Mustang on lap 32 for four tires, fuel and air pressure adjustments.
● He restarted in seventh and quickly climbed back to sixth.
● Almirola reported at lap 80 that he was loose into the turns and didn’t have the turn he needed in the middle.
● He battled his teammate Daniel Suarez to advance and hold seventh place before the end of the stage.
● Almirola pitted for four tires, fuel and chassis and air pressure adjustments at the conclusion of Stage 1.

Stage 2 Recap (Laps 131-260):
● Almirola started 10th and finished fifth to earn six bonus points.
● Almirola pitted under caution on lap 177 for four tires, fuel and adjustments. He reported better balance from the No. 10 Ford.
● On lap 217 Almirola advanced to seventh, but he struggled with rear grip.
● He climbed back to sixth on lap 248.
● The No. 10 Smithfield Ford team pitted on lap 254 and gained a spot on pit road to restart fifth.
● He raced the No. 22 car for fourth and made slight contact with the wall before finishing fifth in Stage 2.
● Almirola did not pit at the end of the stage.

Final Stage Recap (Laps 261-500):
● Almirola started fourth and finished 37th.
● The caution was called on lap 348 with Almirola in sixth.
● He pitted under caution for four tires, fuel and adjustments to correct loose-handling conditions and returned to the track in sixth.
● Almirola was caught on the outside during the restart and fell to eighth.
● On lap 360 Almirola and the No. 18 car made contact, forcing Almirola to spin and sustain front-end damage from the No. 48 car.
● The Smithfield Ford team attempted to fix the damage until making the call to end the day.

Notes:
● Martin Truex Jr. won the First Data 500 to score his 26th career Monster Energy NASCAR Cup Series victory, his seventh of the season and his first at Martinsville. His margin of victory over second-place William Byron was .373 of a second.
● There were 11 caution periods for a total of 69 laps.
● Only 19 of the 38 drivers in the First Data 500 finished on the lead lap.
● Ford took five of the top-10 finishing positions in the First Data 500.

Next Up:
The next event on the Monster Energy NASCAR Cup Series schedule is the AAA Texas 500 on Sunday, Nov. 3 at Texas Motor Speedway in Fort Worth. It is the eighth race of the 10-race playoffs and the second race in the Round of 8. It starts at 3 p.m. EST with live coverage provided by NBCSN and SiriusXM NASCAR Radio.