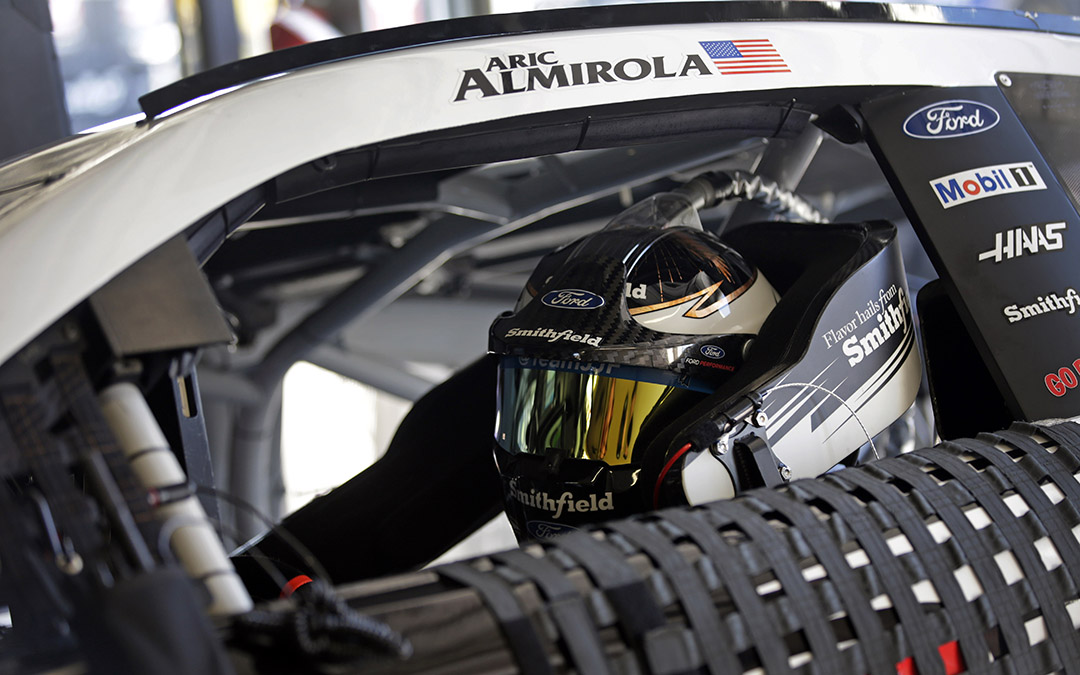 Almirola drove to a ninth-place finish in his most recent start at the .526-mile paper clip last March while earning a total of 13 bonus points. His top-10 effort was his first at Martinsville since 2014 and his first at SHR.

“We had a great weekend in Martinsville earlier this year,” Almirola said. “Our car was fast, but we got tangled with the 18 car in Stage 2 that knocked us back to 12th, and we had to fight hard to get back to where we were. I’m excited to hopefully bring back that same speed to advance in the points. No matter what the situation is, we as racers always love going to short tracks. It’s what we grew up doing and it puts the outcome in the driver’s hands more than the superspeedway races. You can’t pass much there, so it’s extremely important that you stay mentally and physically focused throughout the entire run.”

In 21 career starts at Martinsville’s half-mile oval, the 35-year-old Almirola has four top-10 finishes, one top-five and has led 56 laps. His two Martinsville starts with SHR proved to be competitive, cracking the top-10 for the SHR organization, which has four victories, 10 top-five finishes and 27 top-10s and has led 720 laps in 64 starts there.

“It’s been a rollercoaster of a year for us,” he said. “We started the season so strong, then hit a rough patch in the middle of the season. We almost advanced to the Round of 12 (of the playoffs), too. It just shows you how competitive this series is. We’ll continue to learn and shoot for more consistency.”

Last weekend at Kansas Speedway in Kansas City, Almirola piloted the No. 10 Smithfield/Hy-Vee Ford Mustang in and around the top-10 until contact with the wall and a cut tire knocked him three laps down to finish 23rd.

As the season comes to a close, Almirola sits 13th in the season standings with 2,148 points, 17 behind 12th-place Alex Bowman.

Sunday’s 400-mile race at Martinsville marks the 29th points-paying event during which the Smithfield livery has adorned Almirola’s No. 10 Ford Mustang this year. Smithfield, a brand of Smithfield Foods, based in Smithfield, Virginia, is in its eighth season with Almirola and its second with SHR. Founded in 1936, Smithfield is a leading provider of high-quality pork products, with a vast product portfolio including smoked meats, hams, bacon, sausage, ribs, and a wide variety of fresh pork cuts.

“Martinsville is a really challenging racetrack. It’s the smallest racetrack we go to on the circuit. One of the most challenging parts about Martinsville is that the tires wear out pretty rapidly and, when that happens, you really struggle to get the power down to the ground.”

This year, NASCAR mandated a new rules package allowing 750 horsepower at tracks 1 mile in length or shorter. What did you take from running that new package this season?

“We make about 750 horsepower now with this new rules package and we can spin the tires very easily when we push the gas pedal down. To get the traction in the rear tires and to keep that as best as you can throughout the course of a run as the tires wear out is really challenging.”