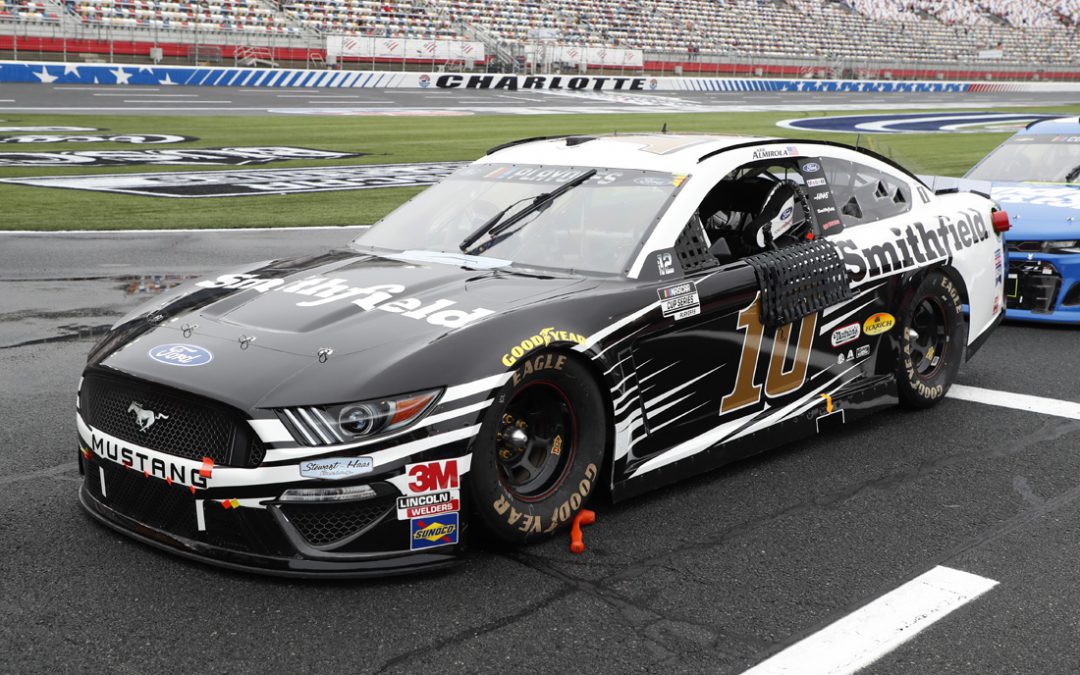 KANNAPOLIS, North Carolina (Oct. 29, 2020) – Aric Almirola, driver of the No. 10 Smithfield Hometown Original Ford Mustang for Stewart-Haas Racing (SHR), heads to Martinsville (Va.) Speedway in hopes of capping off the season with a visit to victory lane to honor the 20 nominated Hometown Heroes who will be displayed on the decklid of the No. 10 Ford.

Along with SHR and Almirola, Smithfield is honoring those who are putting their own health and safety at risk in their selfless acts to protect and nourish others around them. The Smithfield “Hometown Original Heroes” program provided the opportunity for fans to share the stories of their own “Hometown Hero,” be it a nurse, doctor, food worker, public servant or anyone who is on the frontlines each and every day.

Each day, new sets of heroes are introduced who are helping the nation get through the COVID-19 pandemic. With operations throughout the United States, Smithfield is proud to share hometowns with many of these heroes and to keep them fed with various Smithfield products, including an Almirola household favorite, “Hometown Original” bacon.

“The frontline heroes who help us put food on the table, keep us healthy, and selflessly help others in need are the reasons we’re able to make it through the COVID-19 pandemic,” Almirola said. “To show our gratitude, we’ve decided to honor 20 of the nominated heroes on our Ford Mustang this weekend and I hope we can make them proud.”

The No. 10 Ford driver’s six top-five finishes this year surpass his previous best of four in a season in 2018. In addition, his 297 laps led is a career high for a season, and his 17 top-10 finishes equals his season best.

In last year’s spring Martinsville race, Almirola qualified second and ran inside the top-five for the first two stages until contact with the No. 18 car demoted him to a ninth-place finish. In the fall race on the paperclip-shaped half-mile oval that year, Almirola qualified fourth and ran in and around the top-five until another incident with the No. 18 car ended his day 135 laps early.

In 22 career starts at Martinsville, the 36-year-old Almirola has four top-10 finishes, one top-five and has led 56 laps.

While Almirola is no longer in the playoffs, he sits 15th in the standings with 2,181 points and looks to improve his rank this weekend.

What does it take to run well at short tracks?
“No matter what the situation is, we as racers always love going to short tracks. It’s what we grew up doing and it puts the outcome in the driver’s hands more than the superspeedway races. You can’t pass much there, so it’s extremely important that you stay mentally and physically focused throughout the entire run.”