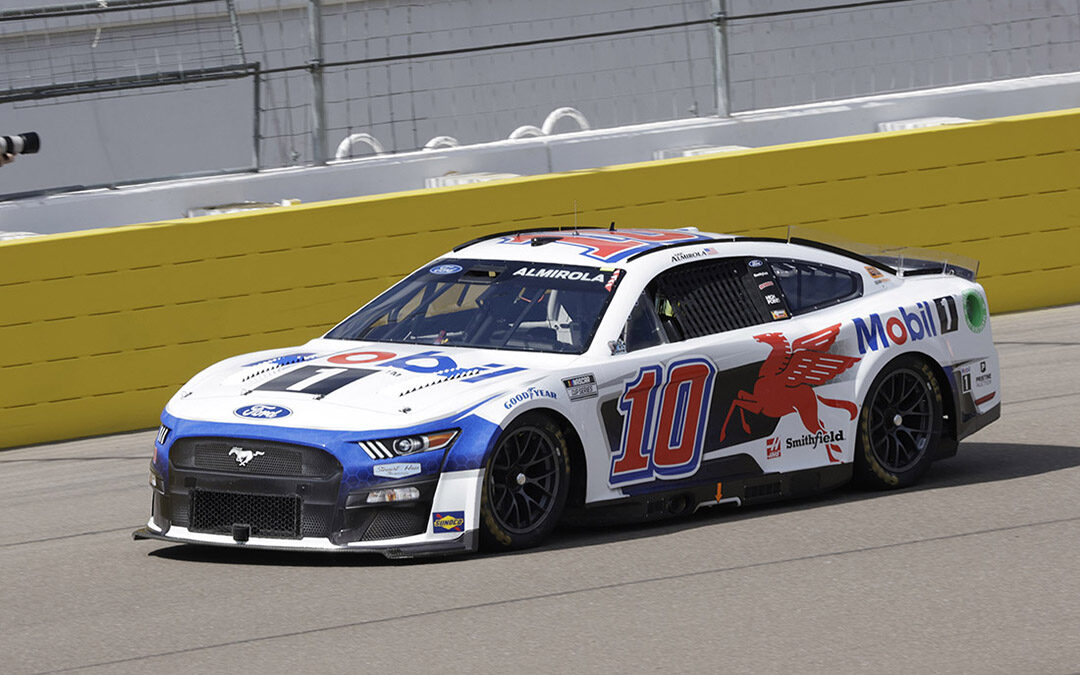 SHR Notes:
● Almirola earned his third top-10 of the season and his fourth top-10 in 18 career NASCAR Cup Series starts at Las Vegas.
● This was Almirola’s third straight top-10. He finished fifth in the season-opening Daytona 500 and sixth last Sunday at Auto Club Speedway in Fontana, California.
● Almirola equaled his previous best result at Las Vegas – sixth, earned in September 2018.

Race Notes:
● Alex Bowman won the Las Vegas 400 to score his seventh career NASCAR Cup Series victory, his first of the season and his first at Las Vegas. His margin over second-place Kyle Larson was .178 of a second.
● There were 12 caution periods for a total of 60 laps.
● Twenty-three of the 37 drivers in the race finished on the lead lap.
● Larson leaves Las Vegas as the championship leader with a six-point advantage over second-place Martin Truex Jr.

Sound Bites:
“We fight. That’s the beauty of this race team. We’re still learning this car. There’s a lot to learn about it and we’re still trying to figure a lot of things out. Practice is great, but we’ve got to make adjustments throughout the race, and I feel like every race we’re learning more and more and more and we’re building a notebook. This team has so much fight in it and so much grit that it’s a lot of fun to race with these guys. We’ll keep digging and try and keep this streak alive of all these top-10 finishes. It’s a lot of fun when you run up front.” – Aric Almirola, driver of the No. 10 Mobil 1 Ford Mustang

Next Up:
The next event on the NASCAR Cup Series schedule is the Ruoff Mortgage 500k on Sunday, March 13 at Phoenix Raceway. The race begins at 3:30 p.m. EDT with live coverage provided by FOX and SiriusXM NASCAR Radio.