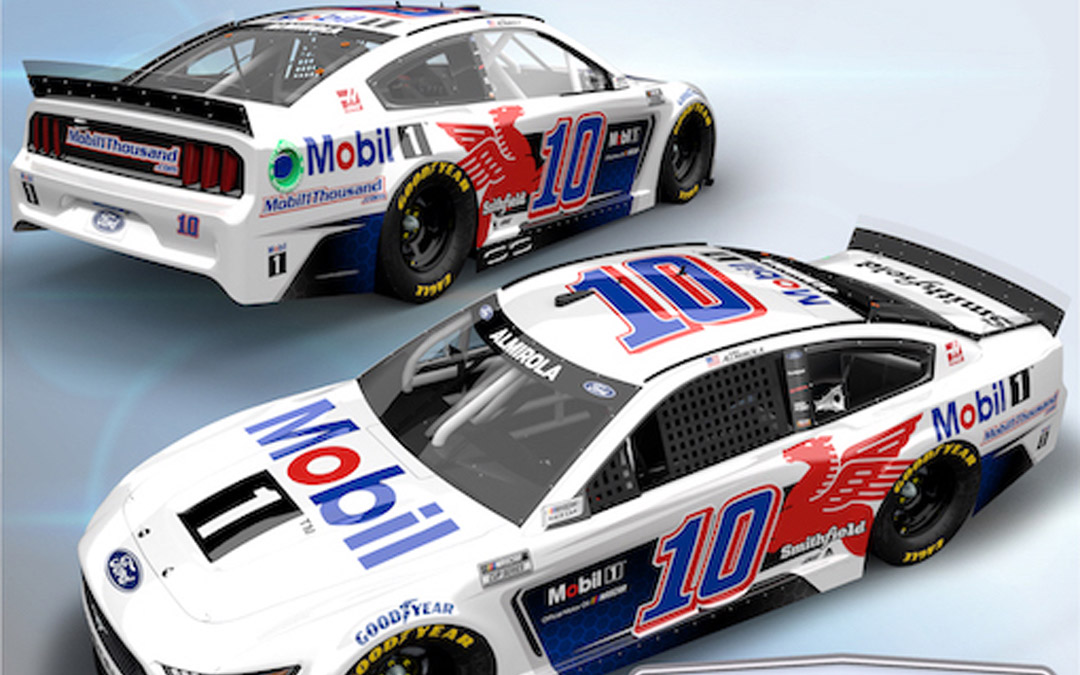 Notes of Interest
● Last weekend at Bristol (Tenn.) Motor Speedway, Aric Almirola battled for the playoff cutoff position for the entirety of the race but came just two points short. He started the race three points ahead of the cutoff line. The No. 10 team overcame an oil-line leak halfway through the race. Thanks to Mobil 1’s high-quality oil, the No. 10 Ford endured no internal damage before the team was able to quickly exchange the oil line and keep Almirola on the lead lap and in contention for the remainder of the race.

● History at Las Vegas: In 16 starts at Las Vegas, Almirola has three top-10 finishes, which all came in his first three starts since joining SHR in 2018.

● Almirola locked himself into the 2021 NASCAR Cup Series playoffs with his July 18 victory at New Hampshire. He led 46 laps around the flat, 1.058-mile oval en route to his third career NASCAR Cup Series win. After a year full of adversity and bad luck, the victory put the No. 10 team, which was 27th in the standings and facing a must-win situation if it was going to compete for this year’s championship, in prime position to earn one of the 16 coveted berths in the 10-race playoffs. Almirola’s award-winning YouTube series “Beyond the 10” captured his entire race day here.

● Mobil 1, the official Motor Oil of NASCAR since 2003, will adorn the No. 10 Ford Mustang this weekend at Vegas for the second time this season. Mobil 1 products are used throughout the racecar and they extend beyond just engine oil. Power steering fluid, transmission fluid, gear oil and driveline lubricants from Mobil 1 give Almirola and SHR a technical advantage over their counterparts by reducing friction, heat and rolling resistance.

● This Mobil 1 paint scheme is unique by sporting the Mobil 1 Thousand sweepstakes and featuring the brand’s iconic Pegasus and the Mobil1Thousand.com URL on the back. Mobil 1 Thousand is a weekly contest guaranteeing that if Mobil 1 wins, fans win. Throughout the remainder of the season, one fan will win $1,000 or more if a NASCAR Cup Series driver who uses Mobil 1 scores the victory. Almirola’s win July 18 at New Hampshire Motor Speedway in Loudon landed one lucky fan a $3,000 jackpot. The sweepstakes remains open through the 2021 NASCAR season, with even higher prize totals for the playoffs and special bonuses for cutoff races. All fans need to do is sign up at Mobil1Thousand.com for a chance to win.

● Point standings: Almirola is currently 13th in the driver standings with 2,075 points.

How can you look back on this season and the playoff run?

“I mean, our season as a whole was not what we wanted with all of the bad luck and performance. We went to Loudon and pulled out a win, which was awesome, and then just kind of had a renewed sense of energy going into the playoffs and thought we were going to do everything we needed to do in the first round to transfer to the next round and, unfortunately, it didn’t pan out. I can’t blame it on Bristol. There were plenty of opportunities throughout the first two races where we gave up some points, as well, so I can find two points in a lot of different places. A badly timed caution at Darlington, a loose wheel at Richmond, and mechanical issues at Bristol put us right on the edge of advancing and we just didn’t have enough to get there, but I’m super proud of this team for never giving up on what has been one of the most challenging and character-building years of my career.”

What do you set your sights on now with seven races to go in the year?

“That’s what is so unique in our sport. We’re not competing for a championship, but we still have seven races left on the schedule to go out and show what we have. We saw it in 2019, where we had a really good car at Texas, but we weren’t in the playoffs. We led a lot of that race and came up second, so that’s what I look forward to. I look forward to still having a shot to win and trying to improve and learn tracks we’ll visit next year. Obviously, it will all be different with the Next Gen car, but you still go to these tracks just like any other in the season. We’re going to each track with the intent to run right there with the guys in the playoffs and compete for a position inside the top-10 in points by the end of the season.”