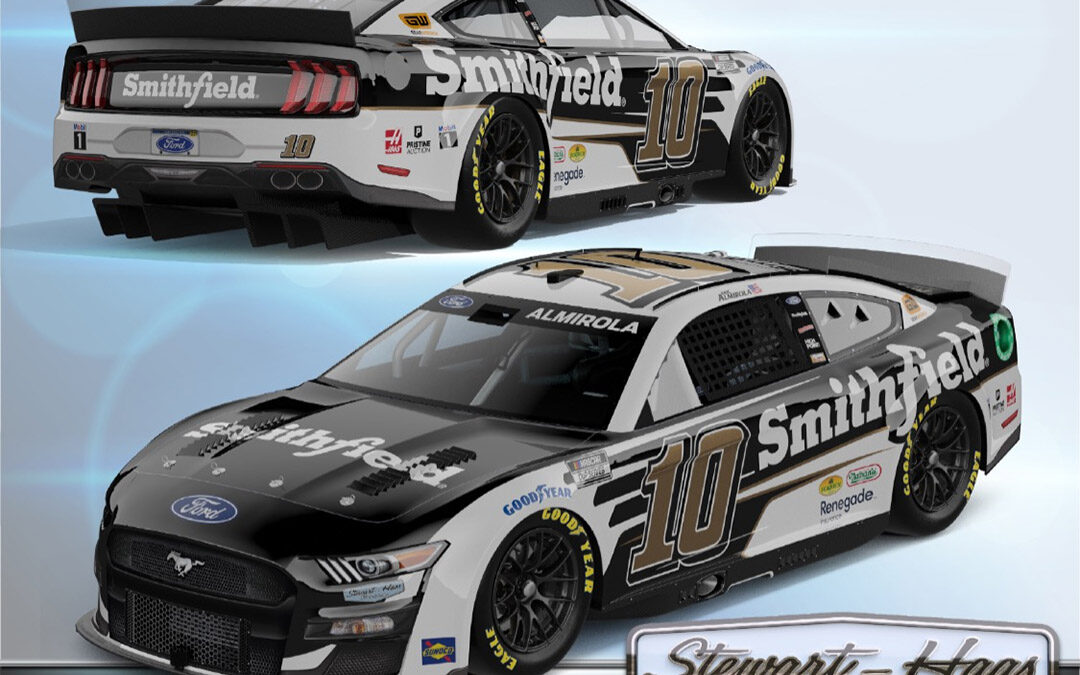 ● Las Vegas: In 18 starts at the Las Vegas Motor Speedway 1.5-mile desert oval, Almirola has earned four top-10s, all coming since he joined SHR in 2018. Almirola finished sixth in his most recent start March 6. It was the No. 10 team’s third-straight top-10 finish to start the season and fifth in a row dating back to last year’s penultimate race Oct. 31 at Martinsville (Va.) Speedway.

● 2022 Season: Through 32 races, Almirola has earned two top-five finishes, seven top-10s, and has led 81 laps. He also qualified on the pole for the first time this season at Bristol (Tenn.) Motor Speedway in September. His average finish of 17.7 and seven top-10s this season have bettered his totals for all 36 points-paying races in 2021.

● Driver Points: Almirola arrives at Talladega 20th in the driver standings with 685 points.

Are you looking forward to Las Vegas after a solid sixth-place finish there in March?
“Yeah, we had a really good car at Vegas to start the year. I’m really looking forward to getting back there to see where we have progressed throughout the year. The next few races on the schedule are exciting for us. I think we’ll have a really good shot at running up front at all of them. I have always liked Vegas, but it’s such a challenging track to set up for. Knowing we had a good start to the season fills you with a lot of confidence going into the weekend.”

You’re at a point in your career where a lot of younger drivers are looking to you for advice on and off the track. What does that mean to you?
“It’s really neat for me to see the younger generation coming up. Cole (Custer), Chase (Briscoe), and Riley (Herbst) – those guys are so young. I remember when I was the young guy. I remember when I was that age and I remember the way I was treated by Tony Stewart at Gibbs and Bobby Labonte and Mark Martin. The way that they treated me, the amount of respect I had for them, and the leadership that they gave me was so crucial and so beneficial to me personally and professionally to get me to where I’m at today. I enjoy having the ability to be able to help these guys when they ask and when they are involved in team meetings and competition debriefs. I enjoy that aspect of seeing them kind of grow and mature in the sport and personally, too. You look at Chase, who is a newer father. I’m 10 years down the road on that. I’ve got a little bit of a head start so I can shed some light on that and what that looks like being a new parent trying to chase your dreams and career and all of those things.”