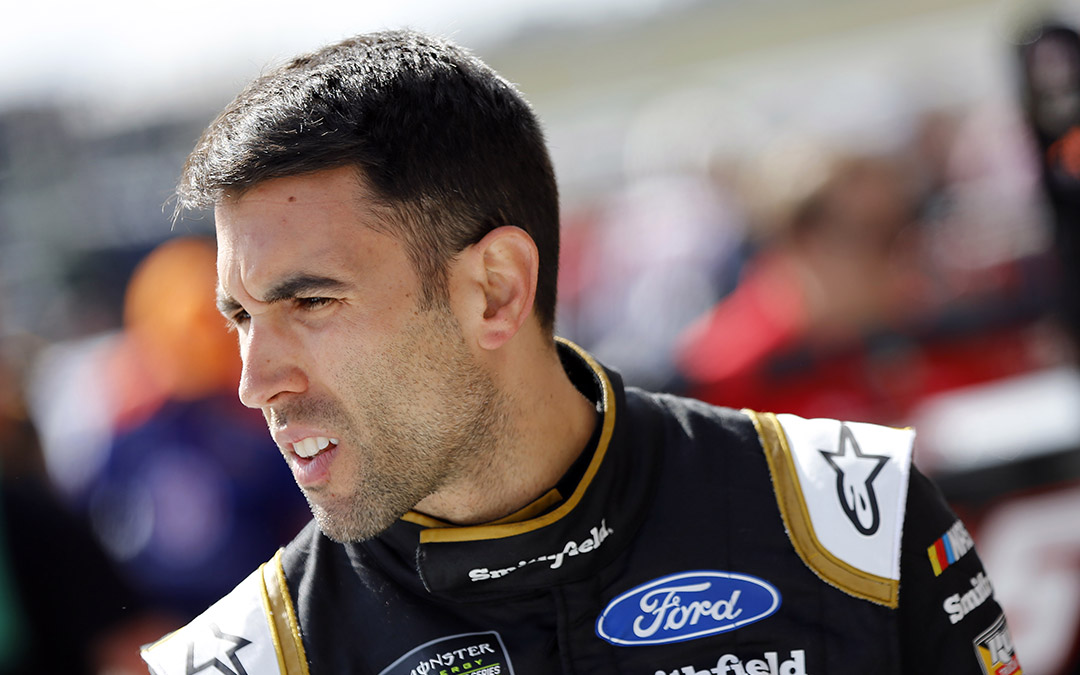 Expecting Great Racing for the Fans

KANNAPOLIS, North Carolina (Feb. 27, 2019) – The new Monster Energy NASCAR Cup Series rules package was debuted last weekend at Atlanta Motor Speedway with reduced horsepower to provide tighter racing at tracks 1 mile in length or longer. There was side-by-side racing during each restart, but the low grip of Atlanta’s 21-year-old racing surface evened the playing field within a few laps to each restart.

The team was quick to adapt to the new rules package last weekend when it laid down the quickest lap in the final round of qualifying to earn its first-career pole award as a team and become the first to earn a pole with the new Ford Mustang that debuted at the season-opening Daytona 500. It was Almirola’s second-career NASCAR Cup Series pole award – his first earned May 27, 2012 at Charlotte (N.C) Motor Speedway. Almirola led the first 36 laps at Atlanta, but was handed a pit-road speeding penalty early on, demoting the Mustang driver to the rear of the field. Almirola was able to race his way back to as high as sixth place and secured his first top-10 of the season.

With Las Vegas Motor Speedway’s much newer and smoother track surface, Almirola expects three-and four-wide racing to last much longer, providing plenty of excitement all afternoon long for the fans watching this weekend.

“Atlanta is a track that is very worn out and the cars slip and slide a lot,” Almirola said. “Vegas has a lot more grip and the cars are going to be way faster. The tires aren’t going to wear out as much as they did at Atlanta. I think you’ll see what we saw on the restarts at Atlanta for much longer in Vegas. I don’t think it will last the entire fuel run, but I think the crazy, wild restarts are going to last more like 10 or 12 laps. I think it’s going to be wild and we’re going to have more three- and four-wide racing for a lot longer.”

Being able to drive both at the front of the field and the back of the field last weekend gave Almirola perspective on what’s to come at intermediate tracks this year. He’ll look to benefit from that knowledge this weekend in the same black-and-white Smithfield paint scheme he sported last weekend. Founded in 1936, Smithfield is a leading provider of high-quality pork products, with a vast product portfolio including smoked meats, hams, bacon, sausage, ribs, and a wide variety of fresh pork cuts. Smithfield is based approximately five hours northeast of SHR headquarters in Smithfield, Virginia.

“When we were out front in clean air, our car was really fast and drove really well,” Almirola said. “When we fell back to second and third, our car was really fast but our car didn’t drive as well. Then, when we got a speeding penalty and went to the back, the car was a handful. Getting clean air is going to be one of the biggest challenges. No matter what rules package you have, the clean air is always going to be important. Your car makes the most amount of down-force when it’s in clean air. Every car you get behind just makes conditions worse and you lose grip and handling.”

Almirola scored his first- and second-career top-10s at the 1.5-mile Las Vegas oval last season and plans to carry the momentum to this weekend’s first of three consecutive West-Coast races as NASCAR. In addition to his Cup Series starts, Almirola has four Xfinity Series starts at Las Vegas, where he’s never finished outside the top-17 or started outside the top-15. The Cuban American has also made three starts in the Gander Outdoors Truck Series and completed all three events inside the top-10.

How significant of a role do intermediate tracks play during the season?

“It’s crucial to really excel at the intermediate tracks. We have so many of them on the schedule and, if you can get them figured out, they can make a huge impact on your season. We’ve seen it so many times where teams get something figured out at those tracks, those teams start running up front every weekend. If you look at the schedule, most of the tracks on the circuit are intermediate tracks and the most important race if you’re in the hunt for a championship. We figured some things out last weekend at Atlanta that I hope we’ll be able to take to Vegas and on throughout the season. We found a lot of speed and now it’s time to dial the handling in and hopefully go on a tear of winning at these tracks.”

How exciting is it for the fans to potentially see tight racing for longer runs at intermediates tracks?

“Racing is about the fans and it should be about the fans. It’s great for them to see tight racing and, as a fan, I like to see tight racing. If you’re me, though, I want to see my Smithfield Ford Mustang way out in front of the field with no cars close. As a driver, you want a race where you’re not having to race side-by-side the whole time and you want the fastest car out there. Whatever this race provides, I hope the fans have a great time and continue to watch our great sport.”

● Aric Almirola will make his 11th Monster Energy NASCAR Cup Series start at Las Vegas Motor Speedway this weekend to bring his total Cup Series career starts to 283. He has a best finish of 10th at the 1.5-mile oval located along North Las Vegas Boulevard. The Tampa, Florida, native has a best starting position of seventh in the Cup Series at the mile-and-a-half track.

● In the Xfinity Series, the Smithfield driver has made four starts, all resulting in top-17 finishes.

● The Florida native has made three starts in the Truck Series, all top-10 finishes, in 438 circuits around the track.

● Las Vegas is the second consecutive intermediate track of the 2019 season.

● The 34-year-old Almirola enters the weekend coming off of an eighth-place finish from the pole Sunday at Atlanta Motor Speedway.

● All four Stewart-Haas Racing (SHR) drivers finished on the lead lap and in the top-10 at Atlanta Sunday.

● Point standings: Almirola is currently 11th in the Monster Energy NASCAR Cup Series standings with 58 points – 29 out of first place.

● Last race: Almirola’s second-career pole award was his first at SHR and was the first for the new Ford Mustang in the Cup Series. After leading the opening 36 laps, Almirola was handed a pit road speeding penalty and demoted to the rear of the field. He raced the Smithfield Ford Mustang back to sixth place during the closing laps and finished eighth.

● Smithfield rejoined SHR this season and will be the primary partner for the majority of the season on the No. 10 Ford Mustang piloted by Almirola. Founded in 1936, Smithfield is a leading provider of high-quality pork products, with a vast product portfolio including smoked meats, hams, bacon, sausage, ribs, and a wide variety of fresh pork cuts.