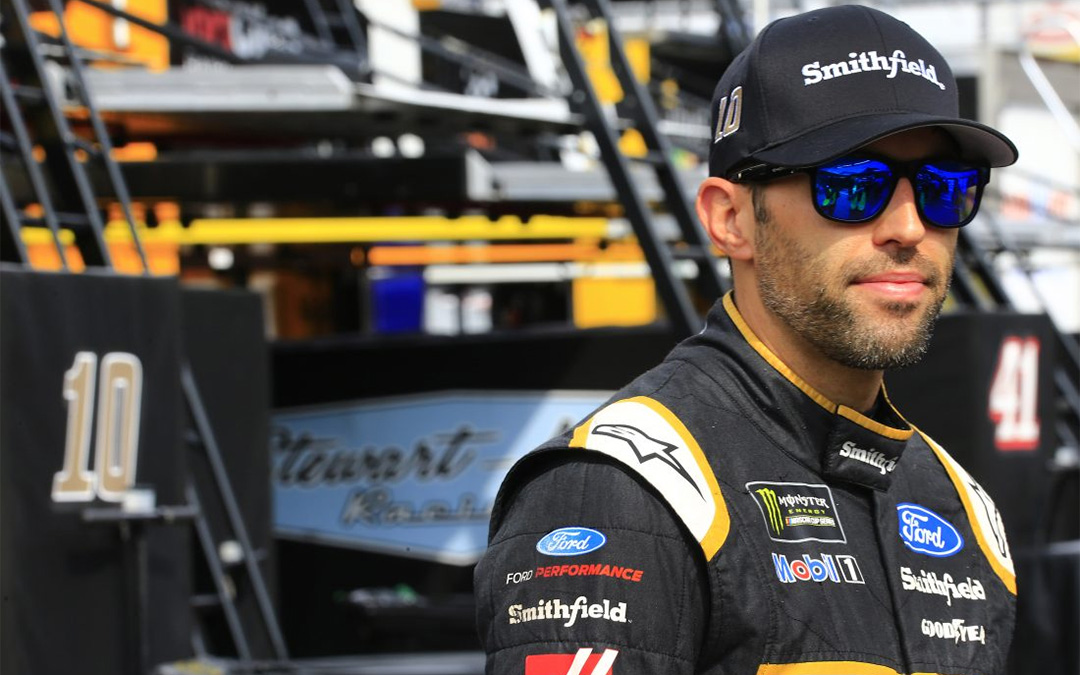 Almirola secured his second career berth in the Cup Series playoffs at Darlington (S.C.) Raceway earlier this month. The Smithfield driver and his 15 fellow playoff competitors begin their quest for the NASCAR Cup Series championship for the first time at Las Vegas, and this weekend marks the first time the series has visited the 1.5-mile desert oval twice in the same year. Conditions are expected to be night-and-day different than during their March visit as ambient temperatures are expected to climb well into the triple digits.

Almirola earned one of his 10 top-10 finishes this season in the March race at Las Vegas, his best career finish at the track, and he was the second-highest-finishing SHR driver as Kevin Harvick scored the victory that day. In his 10 starts at Las Vegas, Almirola has a best qualifying position of seventh, earned in March 2016.

In Almirola’s seven starts at 1.5-mile tracks at this season, he has three top-10 finishes and has started in the top-10 three times. At the 1.5-mile Chicagoland Speedway in Joliet, Illinois, he led a season-high 70 laps.

The 34-year-old Almirola previously contended for the championship in 2014. This season also marks the first time crew chief John Klausmeier enters the playoffs in his role as the leader of a team. Klausmeier is the only first-year crew chief in the running for this year’s ultimate prize. Even though it’s the University of Maryland, Baltimore County graduate’s freshman year as a crew chief, he’s experienced when it comes to playoff pressure from his engineering tenure with SHR driver Kurt Busch.

SHR has enjoyed its most successful season as a four-car contingent in 2018. SHR is the only four-car team to have all of its entries in the playoff field.

Almirola has four NASCAR Xfinity Series starts at Las Vegas and earned a best finish of 11th in March 2015. Additionally, he has three starts in the NASCAR Camping World Series with all three finishes inside the top-10 with four laps led.

Las Vegas marks the 24th points-paying event during which the Smithfield livery has adorned Almirola’s No. 10 Ford Fusion. Smithfield, a brand of Smithfield Foods, which is based approximately five hours northeast of SHR headquarters in Smithfield, Virginia, is in its seventh season with Almirola and its first with SHR. Founded in 1936, Smithfield is a leading provider of high-quality pork products, with a vast product portfolio including smoked meats, hams, bacon, sausage, ribs, and a wide variety of fresh pork cuts.

In 26 Cup Series outings this year, Almirola has an average start of 17.8 and an average finish of 14.3, with one top-five finish and 10 top-10s. He’s also led 115 laps this season, already a career best. Almirola rounds out the four-driver SHR contingent at 14th in the point standings. The season’s consistency on the track allowed Almirola to clinch his playoff spot.

Now that we’re headed into the first race of the playoffs, has the mindset changed?
“No, not really. We’re showing up with fast cars and that’s what we have to keep on doing, and run up front. Eventually, things will turn and lady luck will go our way. We just have to keep pressing forward. We have a great group of guys, great team. And our Smithfield Ford Fusions are fast. We just have to put a whole race together and go win a race.”

When you look at the first three playoff races, what do you think is your best chance in the first three races?
“I think the roval (at Charlotte) is an unknown for everybody, but I feel like Vegas and Richmond we’ll be really good at. We’ve been good at most of the mile-and-a-half tracks from summertime on. We were really good at Richmond earlier this year. Between those two tracks, I’m excited. I’m looking forward to going to those two places but, with the roval, who knows.”

Will it be a bonus going to the track the second time with your crew chief Johnny Klausmeier?
“I think so. We’ve run really well and, the more we work together, the faster I feel like our cars are showing up to the racetrack. And we’re doing a good job of understanding each other, understanding what I want out of the racecar, understanding where we need to be balance-wise. Johnny is making good adjustments and we’re bringing fast cars to the track. If we keep doing that, we’re going to be fine. We’re going into the playoffs and we’re just going to put our heads down and go to work like we have all year. I feel like we’re under the radar and not a lot of people have noticed how much speed we’ve had, so hopefully we surprise a lot of people starting this week.”

At the start of the year, did it seem like all eyes were on you and your goal of making the playoffs. Outside of winning, do you feel like this year has gone how you hoped?
“I think it has. We’ve had a really good year and we’ve had fast racecars. I feel like the one thing that’s missing is just a trip to victory lane. We’ve run so well. We’ve had cars that have run up front and we’ve led races and we’ve been in contention, and then we just keep having crazy things happen. Indy is a perfect example. I had a car that could run in the top-three or top-five, and then had a flat right-rear tire right before the end of Stage 2. Eventually those things are not going to happen and eventually we’re going to have good fortune go our way and it will show. The speed and everything that we have will all come together, hopefully, at the right time and we’ll go on a tear.”