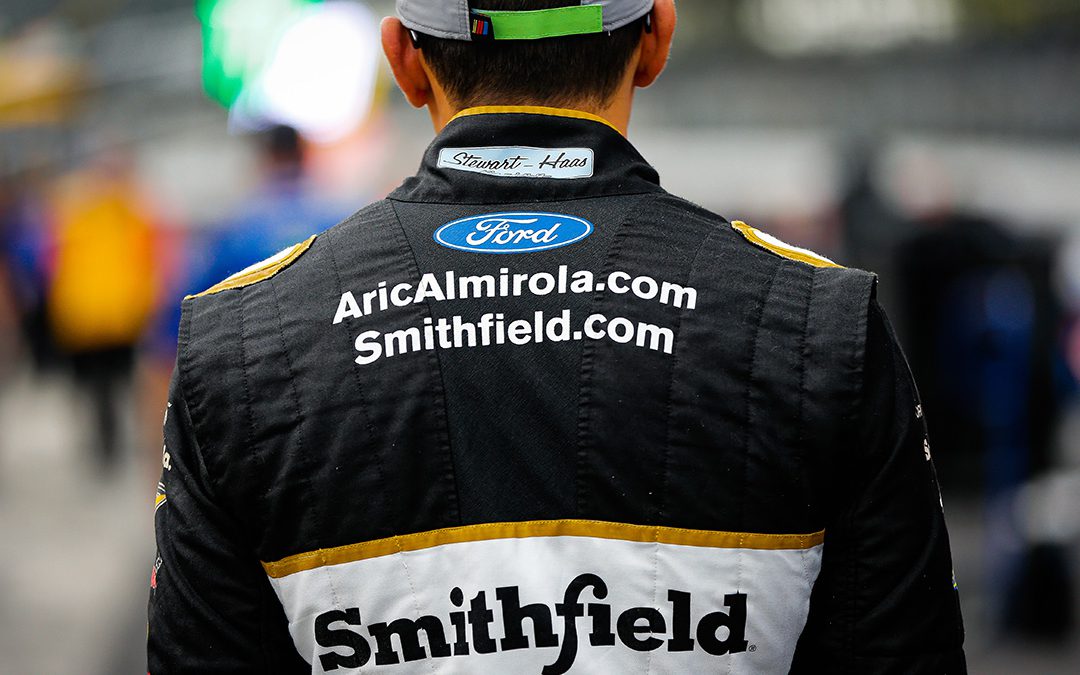 Consistency Key to Start of Playoffs

KANNAPOLIS, North Carolina (Sept. 11, 2019) – Aric Almirola, driver of the No. 10 Smithfield Ford Mustang for Stewart-Haas Racing (SHR), knows that consistency will be the key to success if he is to advance to the Round of 12 in the Monster Energy NASCAR Cup Series playoffs, which begin this weekend at Las Vegas Motor Speedway.

Almirola finished in the top-10 in all three of his Las Vegas starts since joining SHR for an average finish of 7.6. They’re his first and only top-10s in 11 career starts at the 1.5-mile oval. The first came in March 2018 when he started 29th and raced his Smithfield Ford Mustang to 10th by the time the checkered flag waved.

The 14th position Almirola occupies in this year’s initial playoff standings mirrors his start to last year’s playoffs, during which he advanced to the Round of 8 and nearly reached the Championship 4 at Homestead-Miami Speedway.

“Last year, we didn’t have much of an expectation going into the playoffs,” he said. “We were a new team and were really getting acquainted with each other still. After going through the playoffs and almost making it to the championship at Homestead and finishing fifth in the points, I feel like we have set expectations and a standard. First off, we expected to be in the playoffs – anything less would be a disappointment. Now, our standard from last year is what we’re shooting for. We want to win races in the playoffs and advance through the rounds. We want to do better. If we don’t, it wouldn’t necessarily be a disappointment, but we have high hopes to achieve more success than we did last year.”

It’s been a challenge for the No. 10 team to maintain its position in the top-16 since the middle part of the season. But with the beginning of the playoffs, Almirola and his team plan to flip a switch similar to last year, when they knocked down seven top-10s, three top-fives and a win during their 10-race playoff run.

“The playoffs are about being at your best every second, every minute, every hour and every day,” he said. “We’re ready to do that.”

Sunday’s 400-mile race at Las Vegas marks the 23rd points-paying event during which the Smithfield livery has adorned Almirola’s No. 10 Ford Mustang this year. Smithfield, a brand of Smithfield Foods, based in Smithfield, Virginia, is in its eighth season with Almirola and its second with SHR. Founded in 1936, Smithfield is a leading provider of high-quality pork products, with a vast product portfolio including smoked meats, hams, bacon, sausage, ribs, and a wide variety of fresh pork cuts.

As the playoffs ramp up this weekend, fans can get VIP, behind-the-scenes access in following “Aric ‘Beyond the 10’” by subscribing to his YouTube channel. Episodes showcase never-before-seen footage of Almirola at the racetrack, on family trips, and “A Day in the Life” during the week, as well as all that goes into a NASCAR Cup Series driver’s season. Tune in this weekend for full access to Almirola’s playoff media day, NASCAR Burnout Boulevard and the Vegas race weekend. Click hereto subscribe on YouTube and watch the latest episode.

On Monday, Almirola and Smithfield announced the “Racin’ for Bacon” 1 million slice giveaway program. If Almirola pilots the No. 10 Ford to victory lane Oct. 13 at Talladega (Ala.) Superspeedway, 10 lucky fans will earn 100,000 slices of bacon. To sign up, visit www.racinforbacongiveaway.com.

From his 14th in the championship standings, Almirola’s 2,001 points place him 44 markers behind leader Kyle Busch and three points behind the cutoff line to advance to the Round of 12.

How much does the competition ramp up when the playoffs start?

How significant of a role do intermediate tracks play during the season?

“It’s crucial to really excel at the intermediate tracks. We have so many of them on the schedule and, if you can get them figured out, they can make a huge impact on your season. We’ve seen it so many times where teams get something figured out at those tracks, those teams start running up front every weekend. If you look at the schedule, most of the tracks on the circuit are intermediate tracks and the most important races if you’re in the hunt for a championship. We found a lot of speed and now it’s time to dial the handling in and hopefully go on a tear of winning at these tracks.”