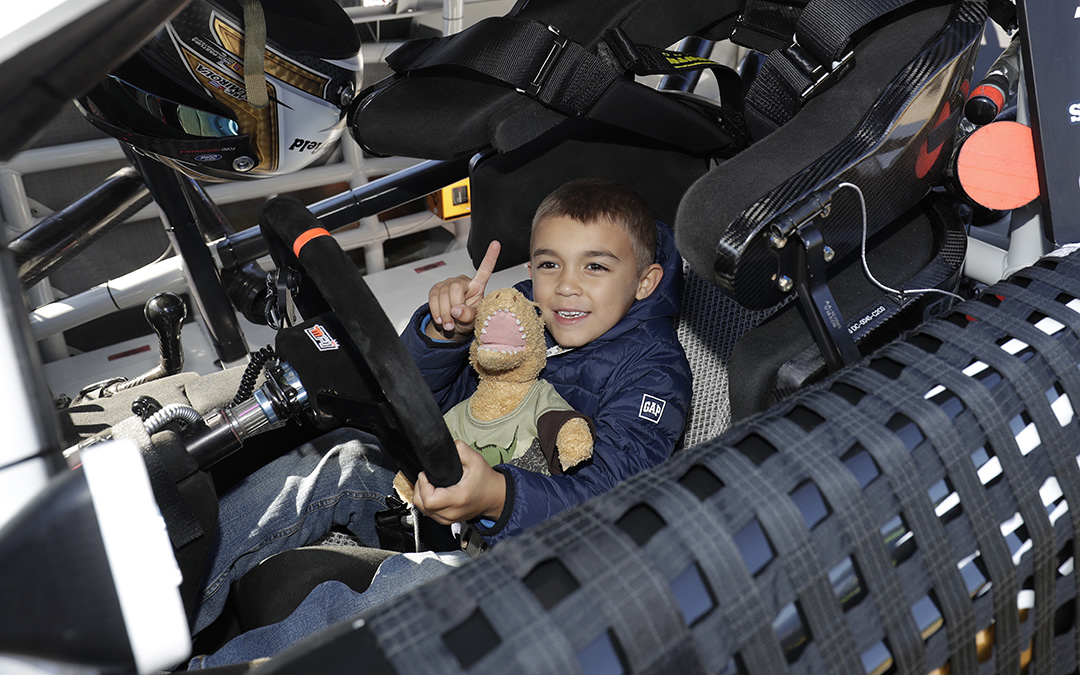 Stage 1 Recap (Laps 1-80):
● Aric Almirola began Stage 1 in third and completed it in sixth to earn five bonus points.
● Almirola made his first pit stop of the day from the fourth position on lap 40 for fuel, four tires and adjustments after reporting his Smithfield Ford was “still kind of tight with the front.”
● When the first caution of the day was displayed on lap 56, the Tampa native made his way down pit road for two right-side tires, fuel and adjustments.
● Throughout the balance of the stage Almirola remained in the top-six and ultimately completed it in the sixth spot.
● During the Stage 1 break the Smithfield driver pitted for fuel, four tires and adjustments and started Stage 2 running sixth.

Stage 2 Recap (Laps 81-160):
● Almirola started Stage 2 in sixth and ended it in 16th.
● After working his way up to the fourth position, the Tampa native made a scheduled green-flag pit stop on lap 120 for fuel, four tires and adjustments. Unfortunately, the No. 10 team was served an uncontrolled tire infraction, which resulted in a pass-through penalty.
● Almirola was then one lap down, but with a fast Smithfield Ford he worked his way back to the lead lap on lap 145.
● The Stage 2 break allowed Almirola to visit pit road for fuel, four tires and adjustments to help his now loose-handling Smithfield Ford.

Final Stage Recap (Laps 161-267):
● Almirola started the final stage 15th and ended it in the 10th spot.
● After the green flag waved on the final stage, Almirola worked his way up to the 12th position and pitted on lap 214.
● During the scheduled green-flag pit stop, the Smithfield Ford received fuel and four tires.
● Over the final laps Almirola worked his way forward up to ninth but then slipped back to 10th, where he ultimately finished.

Notes:
● This was Almirola’s 14th top-10 finish of 2018 and his sixth top-10 in 14 career Monster Energy NASCAR Cup Series starts at Kansas.
● Almirola finished sixth in Stage 1 to earn five bonus points.
● Chase Elliott won the Hollywood Casino 400 to score his third career Monster Energy NASCAR Cup Series victory, his third of the season and his first at Kansas. His margin of victory over second-place Kyle Busch was .903 of a second.
● There were three caution periods for a total of 17 laps.
● Only 13 of the 40 drivers in the Hollywood Casino 400 finished on the lead lap.

“We had a really fast Smithfield Ford Fusion today. We ran in the top-five until we had that pit stop in Stage 2 where we got the penalty. That set us behind, and we had to do a pass-through penalty and barely got back on the lead lap. Then we restarted 15th for the final stage and had to drive from there all of the way back through the field in that last stage. I think we passed probably as many cars as anybody driving back up in the final stage. I’m proud of our effort, though. We’ve been bringing super-fast Smithfield Fords, and I felt like we had a car that could’ve run top-three or top-five today, but track position was extremely important and we just got a little behind with that penalty.”

Playoff Standings (at the conclusion of the Round of 12):

Next Up:
The next event on the Monster Energy NASCAR Cup Series schedule is the First Data 500 on Sunday, Oct. 28 at Martinsville (Va.) Speedway. It is the seventh race of the 10-race playoffs and the first race in the Round of 8. It starts at 2:30 p.m. EDT with live coverage on NBCSN beginning at 1 p.m.