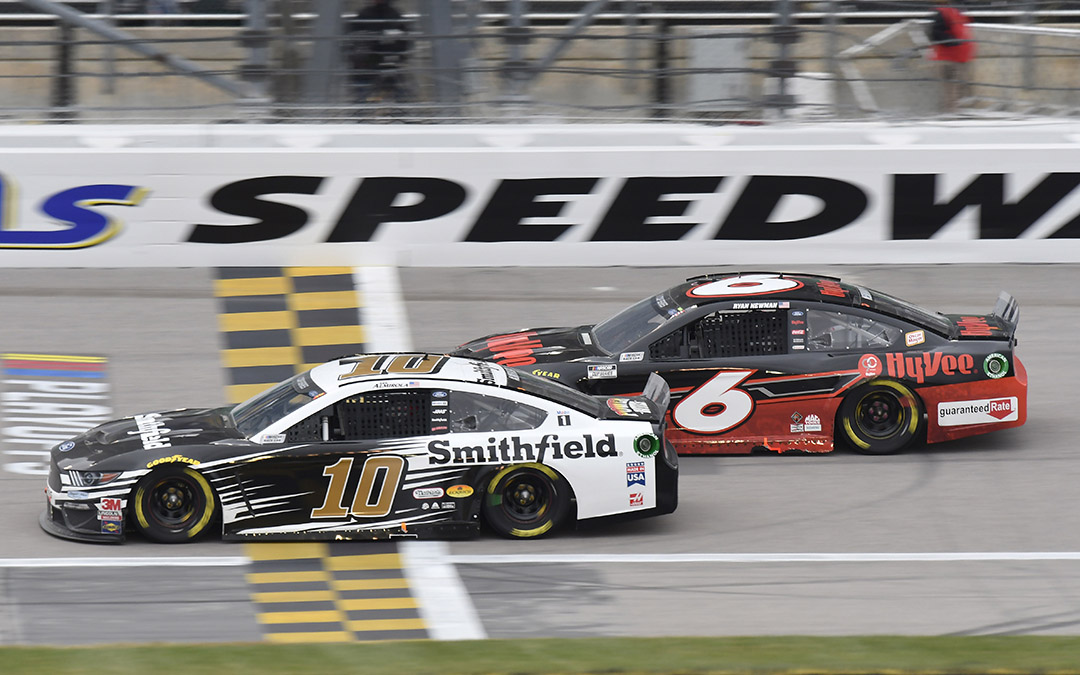 Final Stage Recap (Laps 161-267):
● Aric Almirola started third and finished 13th.
● The Smithfield Ford driver pushed the No. 18 towards the front on the restart, but fell towards the middle of the pack due to extremely tight-handling conditions.
● Almirola pitted on lap 202 for four tires and fuel under caution.
● He found the most speed of the day in the final stage and raced his way back to 13th before the checkered flag waved.

Notes:
● This was Almirola’s second straight top-15 at Kansas. He finished sixth in the series’ previous visit to the track in July.
● Joey Logano won the Hollywood Casino 400 to score his 26th career NASCAR Cup Series victory, his third of the season and his third at Kansas. His margin of victory over second-place Kevin Harvick was .312 of a second.
● This was Ford’s series-leading 18th NASCAR Cup Series win of the season and its 704th all-time Cup Series victory.
● This was Ford’s ninth NASCAR Cup Series victory at Kansas. Ford won its first race on Oct. 5, 2005 with Mark Martin. Its previous win came in May 2019 with Brad Keselowski.
● There were six caution periods for a total of 31 laps.
● Twenty-three of the 40 drivers in the race finished on the lead lap.
● Harvick remains the championship leader after Kansas with a 21-point advantage over second-place Denny Hamlin.

The next event on the NASCAR Cup Series schedule is the Autotrader EchoPark Automotive 500 on Sunday, Oct. 25 at Texas Motor Speedway in Fort Worth. It is the eighth race of the 10-race playoffs and the second race in the Round of 8. It starts at 3:30 p.m. EDT with live coverage provided by NBCSN and SiriusXM NASCAR Radio.