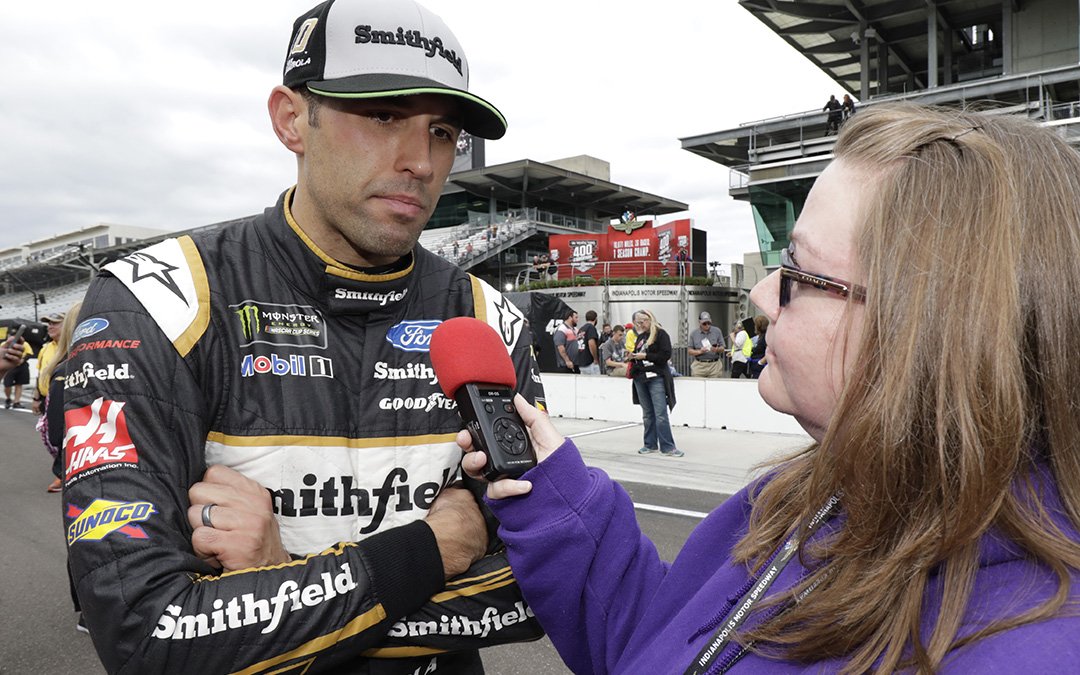 Stage 1 Recap (Laps 1-50):
● Aric Almirola started 12th and finished Stage 1 in seventh to earn four bonus points.
● Almirola pitted during both competition cautions, on laps 10 and 30, for service to his Smithfield Ford. He was eighth during the first caution and fourth during the second caution.
● The third caution of the race was displayed on lap 40, and Almirola once again visited pit road for service and slight adjustments to his Ford Fusion.
● During the stage break, the Tampa native pitted from the top-10 but was relegated to restart 16th for Stage 2 after several competitors did not pit.

Stage 2 Recap (Laps 51-100):
● Almirola started Stage 2 in 16th and was 31st at the conclusion.
● Just a few laps into Stage 2, on lap 58, the fourth caution came out for a multicar accident while Almirola was in the 18th spot. He restarted 14th on lap 65.
● By lap 71, the Ford driver reached the top-five for the second time in the race and remained in fourth for the caution on lap 75 and the restart.
● Almirola remained in the top-five until lap 93. On lap 94 he reported that he would need to pit to make it to the Stage 2 break. He brought the Ford Fusion down pit road on lap 95 for fuel and two right-side tires.
● Unfortunately, Almirola sped on pit road in section three and was forced to serve a pass-through penalty just before the stage break. In the meantime, crew chief John Klausmeier confirmed the No. 10’s right-rear tire was punctured.
● During the stage break Almirola visited pit road for fuel, four tires and adjustments to improve his slightly loose-handling racecar.

Final Stage Recap (Laps 101-160):
● Almirola started the final stage in the 30th spot and ended it 23rd.
● During the first run of the final stage, Almirola put himself in the position to be the beneficiary of the free pass, but unfortunately a long green-flag run ensued and additional cars went one lap down.
● Even though Almirola was trapped one lap down for the remainder of the event, the Smithfield Ford had speed.

Notes:
● Almirola finished seventh in Stage 1 to earn four bonus points.
●Almirola qualified for the playoffs by virtue of his 13th-place finish in the regular-season standings.
● Almirola takes one bonus point into the playoffs via his stage win in July at Chicagoland Speedway in Joliet, Illinois.
● This is Almirola’s second playoff appearance. His first came in 2014.
● Brad Keselowski won the Brickyard 400 to score his 26th career Cup Series victory, his second of the season and his first at Indianapolis. His margin of victory over second-place Erik Jones was .908 of a second.
● Keselowski’s triumph delivered the 102nd points-paying victory for Ford’s Fusion in the Monster Energy NASCAR Cup Series. It was Ford’s 671st all-time win in the NASCAR Cup Series.
● There were 10 caution periods for a total of 39 laps.
● Only 22 of the 40 drivers in the Brickyard 400 finished on the lead lap.

“I feel good about going into the playoff. I feel like we’ve got fast racecars and we’ve got a chance to go up there and compete to win races and go far in the playoffs. Just thinking about today and another lost opportunity for us. We had a car capable of challenging to win and run up front, and we just keep having things pop up. Today, we had a flat right-rear tire running third getting ready to pass (Ryan) Blaney for second, so we keep having things go wrong, and it’s unfortunate. But one of these days our luck is going to change, and hopefully it starts this coming week at Las Vegas. And when our luck changes, we’re going to put our Smithfield Ford Fusion in victory lane. We’ve been too fast and had too good of a car lately these last couple of months to not put it all together.”

The next event on the Monster Energy NASCAR Cup Series schedule is the South Point 400 on Sunday, Sept. 16 at Las Vegas Motor Speedway. It is the first race of the 10-race playoffs, and it starts at 3 p.m. EDT with live coverage provided by NBCSN beginning at 1:30 p.m.