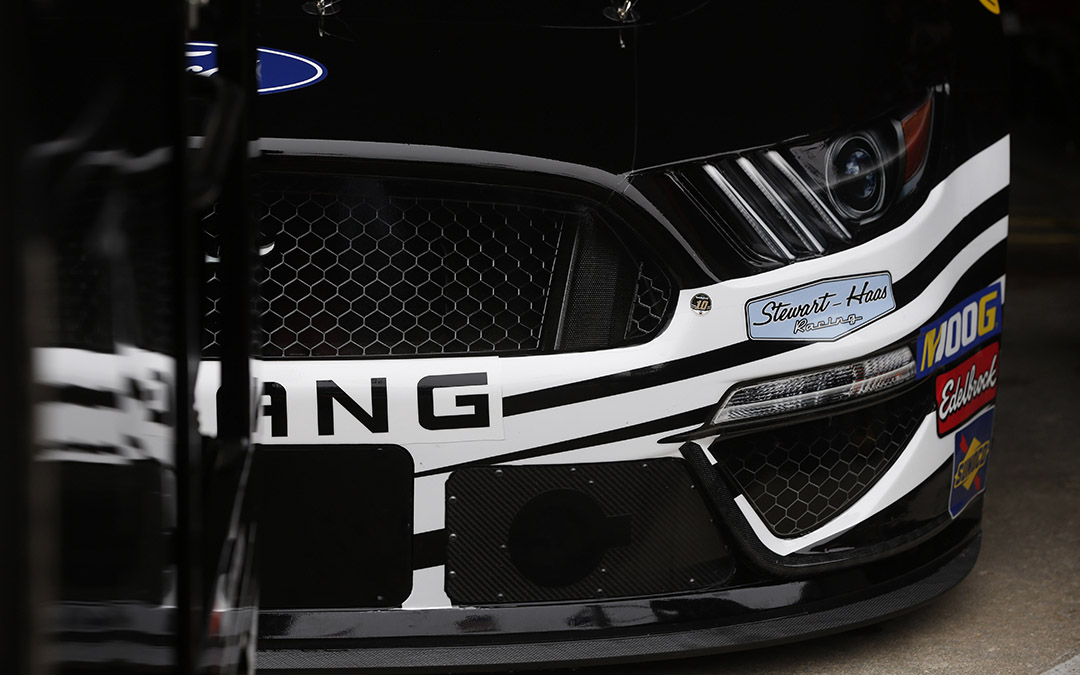 No Pressure Heading to Regular-Season Finale

KANNAPOLIS, North Carolina (Sept. 4, 2019) – There will be no pressure on Aric Almirola, driver of the No. 10 Smithfield Ford Mustang for Stewart-Haas Racing (SHR), when he and his team compete in Sunday’s Monster Energy NASCAR Cup Series Brickyard 400. He’s clinched his spot in the 16-driver Cup Series playoffs with an insurmountable 57-point lead over the final cutoff position heading into the final regular-season race.

Last weekend at Darlington (S.C) Raceway, Almirola battled adversity when his team was forced to go to a backup car after he made contact with the wall in the second practice session. He started at the rear of the field, but patiently drove his way back toward the front for a 17th-place finish that officially locked him into the playoffs.

This is the third time in Almirola’s Cup Series career that he has the chance to vie for the championship and second in a row since joining SHR. The 35-year-old first contended for the championship in 2014. This season also marks the second consecutive time crew chief John Klausmeier enters the playoffs in his role as the leader of a team.

“Racing around Indy is interesting because, as a driver, it’s extremely cool racing around there knowing the history of the motor speedway,” Almirola said. “It has an aura about it like Augusta and Fenway Park. It’s a really special place for auto racing. To go there and race is really cool, but it is extremely difficult to race there. It gets single file and there is no banking, so we rely heavily on aerodynamics and downforce to handle when you don’t have good air pushing down on the car because of traffic. Indy is probably the most difficult track to drive your car in traffic.”

Almirola heads to Indy with seven Cup Series starts at the iconic speedway. He has a best finish of 13th, which he earned two years ago at the 2.5-mile, rectangular oval. The Ford driver also has one NASCAR Xfinity Series start there, having piloted the No. 98 Ford Mustang to a 14th-place finish in 2015 while driving for Biagi-Den Beste Racing.

Sunday’s 400-mile race at Indianapolis marks the 22nd points-paying event during which the Smithfield livery has adorned Almirola’s No. 10 Ford Mustang this year. Smithfield, a brand of Smithfield Foods, based in Smithfield, Virginia, is in its eighth season with Almirola and its second with SHR. Founded in 1936, Smithfield is a leading provider of high-quality pork products, with a vast product portfolio including smoked meats, hams, bacon, sausage, ribs, and a wide variety of fresh pork cuts. Meijer, the Grand Rapids, Michigan-based American supercenter chain with over half of its locations in Michigan, will adorn the rear of Almirola’s No. 10 Smithfield Ford Mustang this weekend. Meijer’s core values are customers, family, competition, freshness, safety and health.

As the regular-season comes to a close, fans can get VIP, behind-the-scenes access in following “Aric ‘Beyond the 10’” by subscribing to his YouTube channel and following episodes on Facebook and Instagram TV. Episodes showcase never-before-seen footage of Almirola at the racetrack, on family trips, and “A Day in the Life” during the week, as well as all that goes into a NASCAR Cup Series driver’s season. Click here to subscribe on YouTube and watch the latest episode.

While Almirola had been fighting all season to lock in his position in the playoffs, now that he’s in, fans may see a side of the No. 10 driver they haven’t seen before without the conservative, playoff-minded strategy his team typically employed week after week.

“I’m pumped to have made it for the second year in a row at Stewart-Haas Racing,” he said. “Not a lot of people get to say that. Now it’s time to go have some fun and race for a championship. We tested at Indy earlier and found a lot of speed. We were good there last year, too, but a loose wheel took us out. I can’t wait to get out there and see what we have. ”

How does it feel to be locked into the playoffs again at Stewart-Haas Racing leading into Indianapolis?
“It’s really nice to be locked in and at least for one week to be able to go to sleep at night with no worries and not stressed out. You can go race to have fun. That’s the big advantage that the teams that win early have. You’re locked in, so everything beyond that point is all about winning and winning stages and bonus points because you’re not worried about making the playoffs. For us being able to race at Indy relaxed and able to have fun is such a weight lifted off our shoulders. Racing is supposed to be fun but, whenever there are a lot of people counting on you, it makes it a lot more stressful. I’m excited to head to Indy pressure-free.”