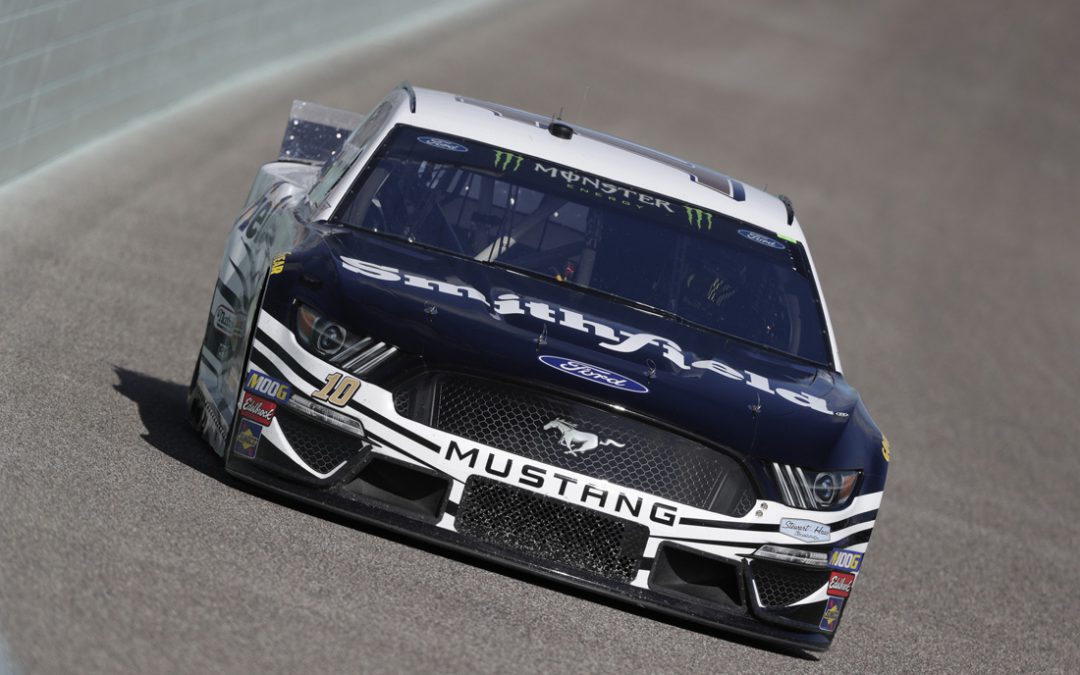 Heading to Homestead with a New Goal

KANNAPOLIS, North Carolina (June 11, 2020) – Aric Almirola and the No. 10 Smithfield Ford team for Stewart-Haas Racing (SHR) are used racing at Homestead-Miami Speedway as the 36th and final points-paying race of the season, when a champion is crowned. This weekend, drivers will race there with the goal of simply winning the race to lock themselves into the NASCAR Cup Series playoffs, which this year will conclude at Phoenix Raceway.

“It’s definitely a different feel this time around,” Almirola said of Sunday’s Homestead 400. “We’re used to this being the last race of the year after a long, grueling season. If you’re not in the final four, you’re racing with the mindset to finish well or win, but not if it puts your teammate or a potential champion in jeopardy. I think you’re going to see guys who don’t normally race well there race better – especially teams like ours as we look to lock ourselves into the playoffs. It will be exciting for fans to see who steps up his game at Homestead.”

Almirola’s history at Homestead includes one top-five finish and three top-10s in nine starts on the 1.5-mile oval south of Miami.

Wednesday night at Martinsville (Va.) Speedway, Almirola started second and led the first 19 laps of the race. But tire and battery issues relegated him to a 33rd-place finish, multiple laps down.

Almirola has career totals of two wins, two poles, 18 top-five finishes, 64 top-10s and 562 laps led in 327 starts. His last win came in October 2018 at Talladega (Ala.) Superspeedway. Almirola has collected three top-10 finishes in the first 11 races this season.

His No. 10 Ford will again sport the iconic black, white and gold of partner Smithfield Foods Inc., at Homestead. Smithfield, which is sponsoring Almirola’s car at the majority of races this season, is an American food company with agricultural roots and a global reach. Its 40,000 U.S. employees are dedicated to producing “Good Food. Responsibly®,” and have made it one of the world’s leading vertically integrated protein companies.

Almirola arrives at Homestead 14th in the season standings with 264 points – 188 behind leader and SHR teammate Kevin Harvick.

Throughout the past four races, Almirola and the No. 10 Smithfield team have endured loose wheels, contact with debris on track, and electrical issues that have cost positions in the standings. Almirola knows what the team is capable of and looks forward to a shift in momentum.

“Hopefully, we’re done with all of the small things that have added up to large issues,” Almirola said. “We’ve yet to run a clean race and we have had the speed to run up front every weekend. I know we’ve got it in us and I have full faith in ‘Buga’ (crew chief Mike Bugarewicz) and our guys. There’s a lot of racing left this year.”

What kind of physical toll does racing on Wednesday in extremely hot conditions take on you, knowing you’ll be back in the car just four days later?
“It shows you how important it is to stay hydrated and rest in between. Martinsville was tough with our alternator going bad. You have to let your body recover and begin to hydrate immediately after to get your body ready for Sunday.”