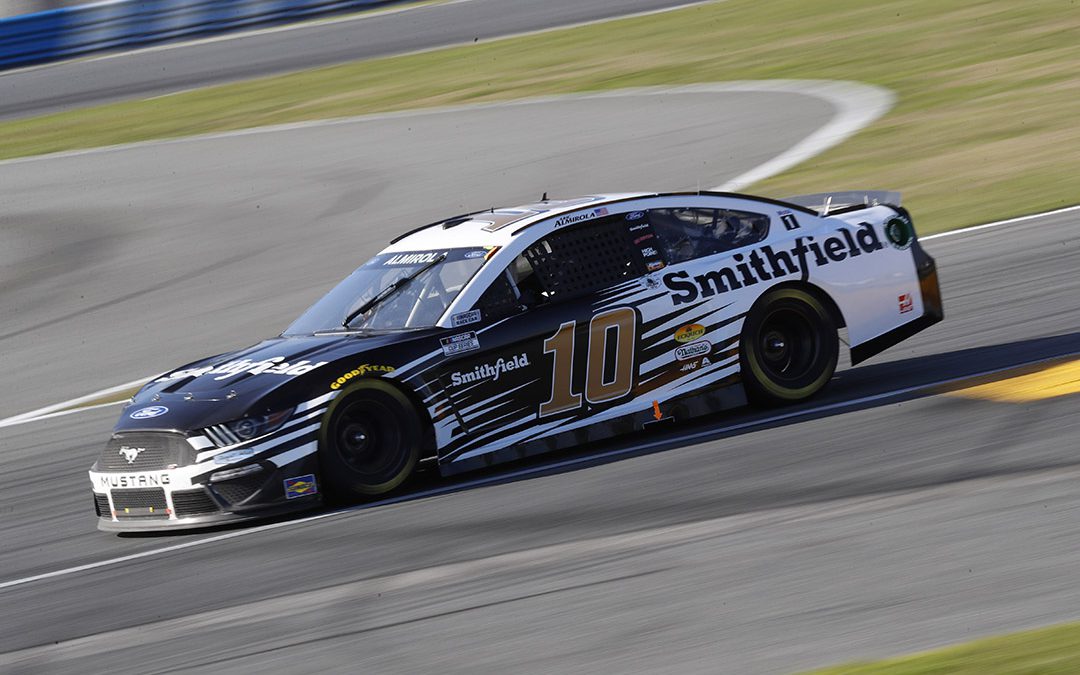 Notes of Interest
● History at Homestead-Miami Speedway: In 11 NASCAR Cup Series starts at Homestead, Almirola has earned two top-fives and four top-10s. He finished fifth in his most recent start June 14, 2020. To view the full stage-by-stage recap of last year’s race, click here.

● Smithfield Foods celebrates 10 years of partnership with Almirola this season with a special campaign called Taste Victory. As one of the most active partners in NASCAR, Smithfield plans to engage fans all year long by hosting a microsite that provides the opportunity to win when Almirola wins or finishes inside the top-10. When Almirola wins, one fan will win $10,000, and 10 fans will win a gift card for each top-10 finish. The microsite also doubles as an Aric Almirola fan page and entertainment source where fans can get behind the wheel of the No. 10 Smithfield Ford with a custom racing game, and learn more about Almirola with fast facts, favorite recipes and custom content about his life on and off the track. Visit www.tastevictory.com to learn more. Thanks to Almirola’s Feb. 11 win in the Duel qualifying race for the Daytona 500, one lucky fan has already won $10,000.

● Before the season kicked off, Almirola and former teammate and FOX Sports analyst Clint Bower made a friendly wager via Twitter on the outcome of Super Bowl LV. If Almirola’s Tampa Bay Buccaneers beat Bowyer’s Kansas City Chiefs, or vice versa, the losing driver would have to wear the competitor’s jersey in a live interview. The Buccaneers beat the Chiefs, but Bowyer has yet to don a Buccaneers jersey on live TV, fueling some friendly banter between Bowyer and Almirola on social media to the enjoyment of fans.

● Crew chief Mike Bugarewicz is in his sixth full-time season at SHR and his second with Almirola. To learn more, click here.

What is your outlook heading to an intermediate-style track this weekend?
“We need to get to Homestead and get ourselves stage points and really kick off our season starting now. We wrecked early in the Daytona 500 and had a good run on the road course, but didn’t have the finish or points to prove it. This weekend is going to be so important as a momentum-starter for our season. Anything can happen at Homestead, but you don’t have as many unknowns as you do at the 500 and the road course. You can control your outcome a little more at an intermediate track, but there is still so much that goes into it to have a clean day.”

Why was a good finish at Homestead last year so important?
“Last year, we kicked off a string of five top-five finishes and nine top-10s after visiting Homestead. We needed it so badly at the time and Homestead isn’t an easy track to get a top-five. It was our first year as a team and we had bad luck strike so often in those first few races. It was in that race that our Smithfield Ford team earned a lot of confidence in ourselves. We went to each track knowing we could compete for top-fives after that and it showed.”

What have you seen in your team already this year?
“Determination and a hardworking team – we didn’t get to see much in the Daytona 500 but we knew we had a fast car after winning our Duel. The pit crew was firing on all cylinders at the road course and the guys brought us another fast car. It’s only Mike Bugarewicz and my second year together and we’re already seeing improvement on all fronts.”