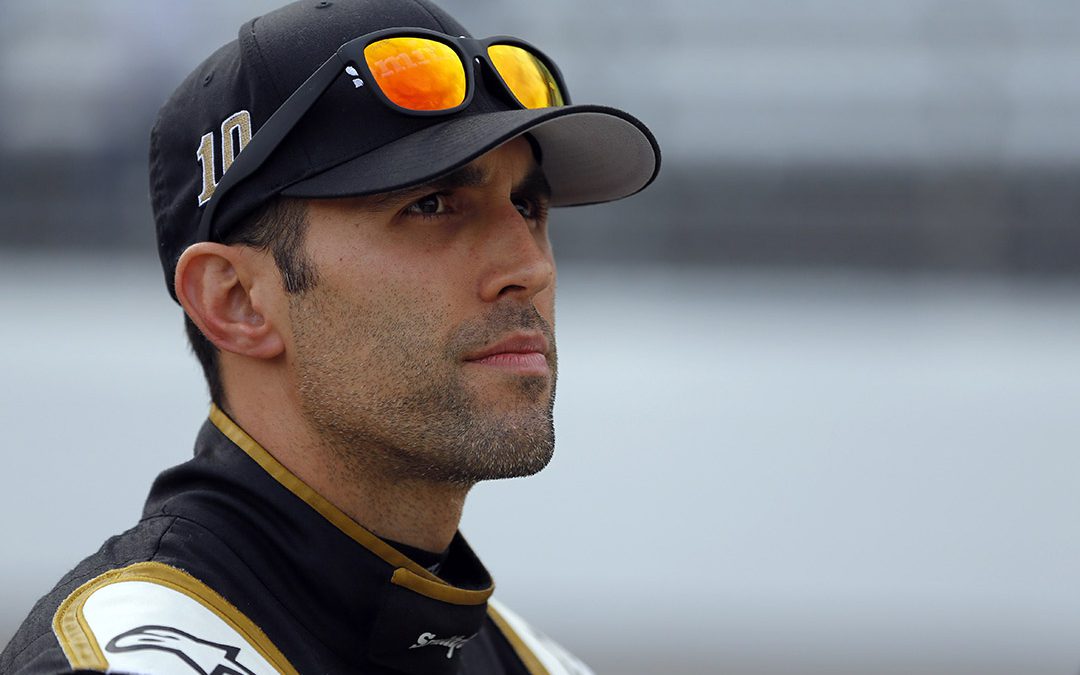 Looking To Cap Off the Season on a High Note

Almirola piloted the No. 10 Smithfield Ford to a second-place finish at Texas after leading 62 laps. He crossed the finish line just behind race-winning SHR and Ford Performance teammate Kevin Harvick, who will be one of four drivers competing for the 2019 championship Sunday at Homestead.

“It felt so good to run that well again, and Kevin put up a great race (at Texas),” Almirola said. “It was bittersweet running that well and coming up short, but Ford and SHR have a car racing for the championship this weekend. It’s been such a rollercoaster of a season starting out with a bang and having a rough patch the rest of the way. I’m hoping we can bring that same speed from Texas to Homestead so we can come back confident in 2020 and especially at the sixth race, which will be back at Homestead.”

Almirola’s history at Homestead includes one top-five finish and three top-10s in nine starts on the 1.5-mile oval south of Miami.

Not only is Sunday’s race the last of the 2019 season, it also marks the last of an 18-year streak of Cup Series season finales being held at Homestead. Next year’s season will end at ISM Raceway near Phoenix.

“I think it’s good to change things up sometimes,” Almirola said. “Homestead has been a great track for NASCAR to crown a champion. I think the racetrack itself has been great. It’s a 1.5-mile track and there are great opportunities to pass, but our fans will have something else to look forward to next year, whether they’re watching from home or from the grandstands. They’ll have a new championship experience. I look forward to coming back to Homestead in March.”

Texas is the 31st event during which the Smithfield livery will adorn Almirola’s No. 10 Ford Mustang this year. Smithfield, a brand of Smithfield Foods, which is based approximately five hours northeast of SHR headquarters in Smithfield, Virginia, is in its eighth season with Almirola and its second with SHR. Founded in 1936, Smithfield is a leading provider of high-quality pork products, with a vast product portfolio including smoked meats, hams, bacon, sausage, ribs, and a wide variety of fresh pork cuts.

Smithfield will rejoin Stewart-Haas Racing and Almirola for the 2020 season as the primary partner of the No. 10 Ford team.

“This is the opportunity every driver wants and I’m obviously very proud to have it continue,” Almirola said. “Our relationship with Smithfield is strong. From the customers to the retailers and all of the employees, we take a tremendous amount of pride in representing the Smithfield brand. They’re our biggest supporters and it’s what drives us every time we hit the racetrack. To have them back on board in 2020 makes me excited to get back in the car next February to put them in victory lane.”

As the season comes to a close this weekend, fans can get VIP, behind-the-scenes access in following “Aric ‘Beyond the 10’” by subscribing to his YouTube channel. Episodes showcase never-before-seen footage of Almirola at the racetrack, on family trips, and “A Day in the Life” during the week, as well as all that goes into a NASCAR Cup Series driver’s season. Fans can tune in this weekend for full access to Almirola’s playoff media day, NASCAR Burnout Boulevard and the Las Vegas race weekend. Click here to subscribe on YouTube and watch the latest episode.

Almirola sits 14th in the standings with 2,219 points heading into the final race of the 2019 season.

What does racing at Homestead over the years mean to you?

“Homestead for me has been a great racetrack. It’s really how I got my start to go Cup racing. I filled in for Richard Petty Motorsports back in 2010 and I finished fourth after running up front. That opened some people’s eyes. Sure enough, I got my first start in the Cup Series because of it.”

What’s it like wanting to compete for a win, but having a teammate competing for a championship at the same time?

“Having a teammate out there racing for a championship is always something you’ll have in the back of your mind. You’re out there racing for yourself, but you’re also racing for your team and Ford Motor Company. It’s been a long year and I’d love to cap it off with a win – that’s top of mind. If I’m leading and Kevin comes in second, then we all win. Kevin will be the champion and I win the race, but otherwise you have to be very mindful and I don’t want to put Kevin in a bad spot on restarts or on pit road, so you’re always conscious of that.”