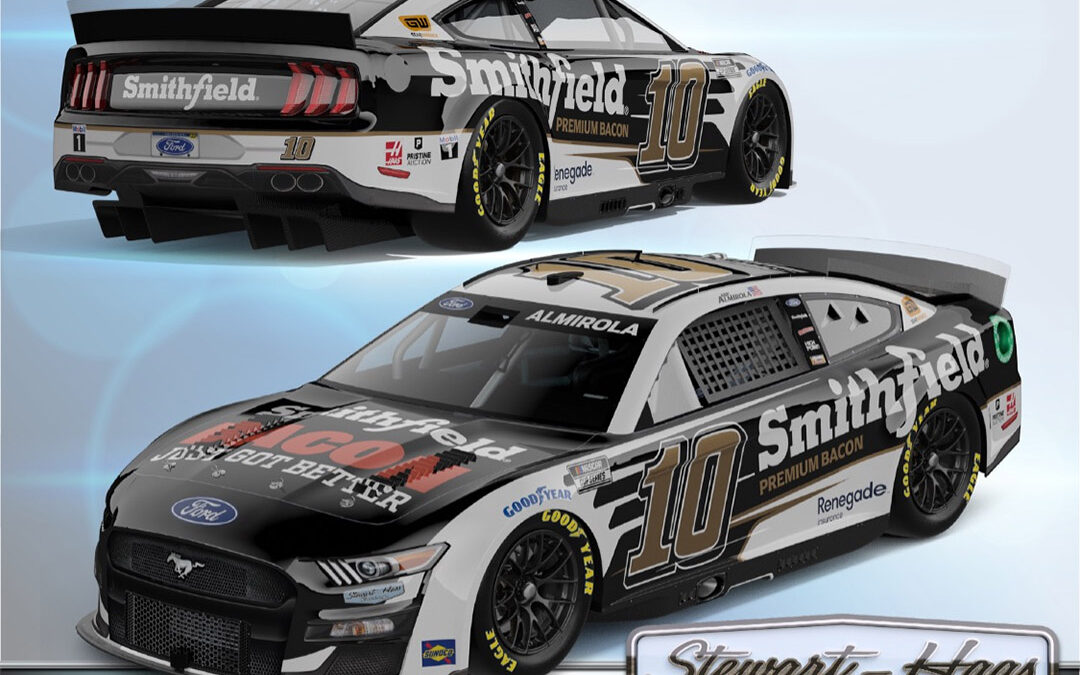 ● 2022 Season: Through 33 races, Almirola has earned two top-five finishes, seven top-10s, and has led 81 laps. He also qualified on the pole for the first time this season at Bristol (Tenn.) Motor Speedway in September. His average finish of 17.7 and seven top-10s this season have bettered his totals for all 36 points-paying races in 2021.

● Driver Points: Almirola arrives at Homestead 20th in the driver standings with 704 points.

● Everything is better with bacon! That’s why Smithfield and Dixie Vodka are teaming up to host the Best Bacon Bloody Mary Party that NASCAR fans have ever seen. On Sunday, fans can stop by the Dixie Vodka activation zone at the track to enjoy a delicious Bloody Mary featuring Dixie Black Pepper Vodka. And to make their Bloody Mary even better and bolder, fans will have the opportunity to garnish their beverage with Smithfield’s NEW premium Double Thick Double Smoked Bacon Lover’s Bacon. Smithfield’s new premium Double Thick Double Smoked Bacon Lover’s Bacon is slow-smoked and cured to perfection with a 50-percent longer smoke cycle featuring two types of wood and a thicker slice, which makes it a bacon lover’s dream. It’s the perfect addition to a Bloody Mary. Head over to Smithfield.com for recipe inspiration and make sure to follow the brand on Instagram at @Smithfieldbrand.

Do any of the other intermediate tracks prepare you for Homestead?
“There are some takeaways, but I think it’s going to be a whole new set of learning this weekend. You know you have to run the top and there are different lanes than the tracks we have run this year. You saw some guys running the wall in Vegas and you saw that the car could take a little more beating, so I think you’re going to see a lot of guys pushing it up on the wall.”

You’re going to interact with the fans a lot this weekend. How much do you enjoy the fan interaction at the races?
“Yeah, we’re going downtown Friday to do an event at the Bayside Marketplace and hopefully get in front of people who don’t know a lot about racing. Hopefully, we’ll attract some new fans there and raise a lot of interest in the sport. On Sunday, we’re going out to the campgrounds to show people Smithfield and Dixie Vodka’s Best Bacon Bloody Mary, which will be a lot of fun. After that, we’ll do a Q&A in the fan zone with Cole (Custer) to hype up the fans for the race. It’s a lot of fun for the fans. If it wasn’t for them we wouldn’t be here, so I love going out and thanking everyone for coming.”