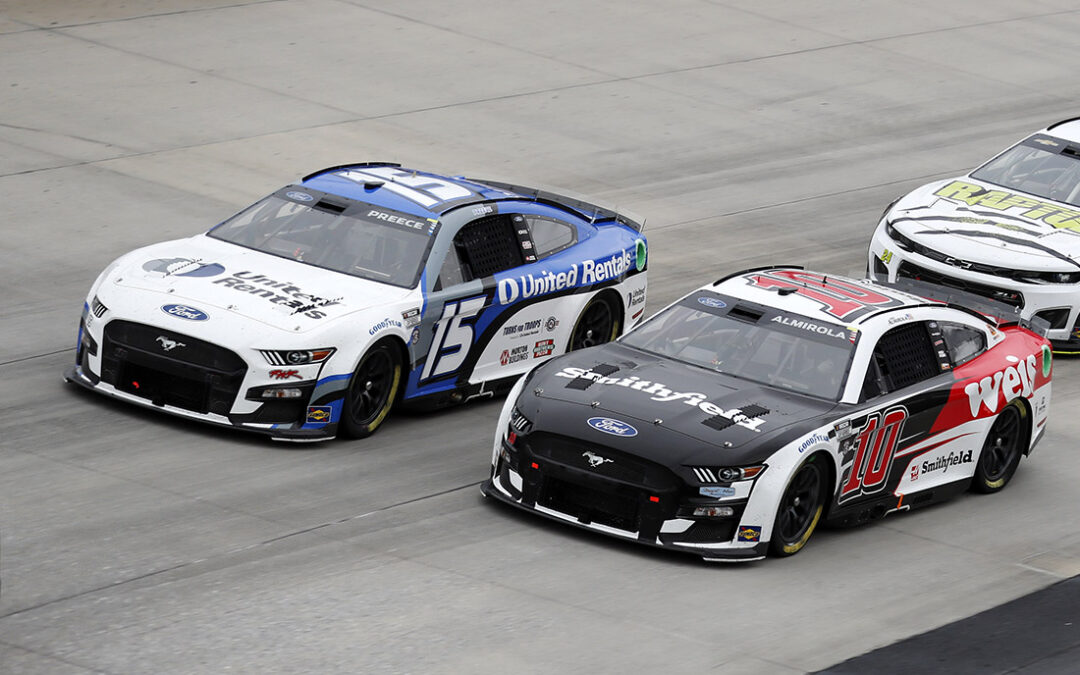 SHR Notes:
● Since joining SHR in 2018, Almirola has only one finish outside the top-20 at Dover.

Race Notes:
● Chase Elliott won the Dover 400 to score his 14th career NASCAR Cup Series victory, his first of the season and his second at Dover. He beat Ricky Stenhouse Jr., as the race finished under caution.
● There were 13 caution periods for a total of 75 laps.
● Only 15 of the 36 drivers in the race finished on the lead lap.
● Elliott remains the championship leader after Dover with a 50-point advantage over second-place Ryan Blaney.

Sound Bites:
“Man, we had a car capable of running top-10 all day. We didn’t have it in practice or qualifying on Saturday, and Drew (Blickensderfer, crew chief) and the guys made the right changes for the race. Unfortunately, we just got caught on pit road at the wrong time and it put us two laps down. We were still racing hard and kept our Smithfield/Weis Ford in the ‘Lucky Dog’ position, but we didn’t get the break we needed to race for position again. All in all, we had a good car and good speed, so I’m proud of that.” – Aric Almirola, driver of the No. 10 Smithfield/Weis Mustang

Next Up:
The next event on the NASCAR Cup Series schedule is the Goodyear 400 on May 8 at Darlington (S.C.) Raceway. The race begins at 3:30 p.m. EDT with live coverage provided by FS1 and SiriusXM NASCAR Radio.