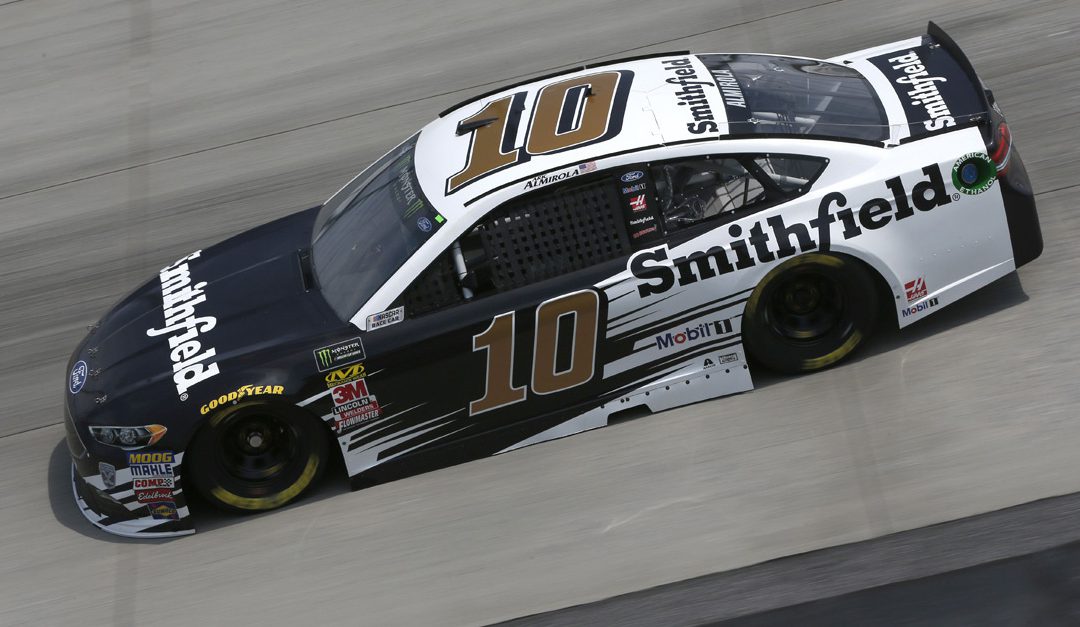 Stage 1 Recap (Laps 1-120):
● Aric Almirola started Stage 1 in the 13th position at Dover International Speedway and ended it in the 16th spot.
● Throughout the stage Almirola was battling a tight-handling No. 10 Smithfield Ford Fusion.
● During the second caution of the day, the Tampa native visited pit road for fuel, four tires and adjustments and restarted 19th on lap 25.
● The race stayed green for the remainder of the stage, and Almirola finished it in the 16th position.

Stage 2 Recap (Laps 121-240):
● Before the start of Stage 2, Almirola visited pit road for four tires, fuel and adjustments. He started the second stage in the 17th position and ended the stage in 12th.
● With the Smithfield Ford handling better, Almirola was running in the 13th spot when the caution came out on lap 153. He once again came in for service by the No. 10 pit crew and restarted 15th on lap 158.
● The race remained under the green flag until the end of stage, and Almirola worked his way up to 12th.

Notes:
● This was Almirola’s best finish at Dover since the 2015 season when he finished fifth in both races.
● Almirola finished 16th in Stage 1 and 12th in Stage 2.
● Harvick’s victory in the AAA 400 Drive for Autism marked the 48th overall win for Stewart-Haas Racing (SHR). It was the organization’s 44th points-paying Monster Energy NASCAR Cup Series win and its third at Dover.
● Sunday’s win marks SHR’s fifth victory in the first 11 races of the 2018 season.
● There were eight caution periods for a total of 48 laps.
● Only 13 of the 38 drivers in the AAA 400 Drive for Autism finished on the lead lap.

Next Up:
The next event on the Monster Energy NASCAR Cup Series schedule is the KC Masterpiece 400 on Saturday, May 12 at Kansas Speedway in Kansas City. The race starts at 8 p.m. EDT with live coverage provided by FS1 beginning with a prerace show at 7 p.m.​