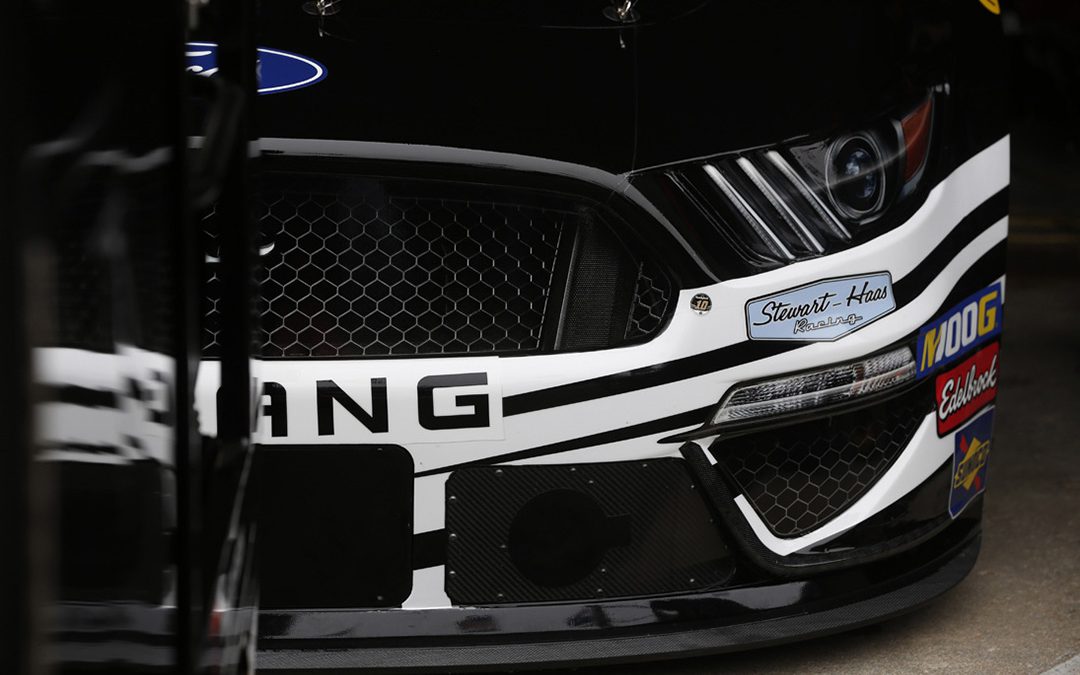 Stage 1 Recap (Laps 1-120):
● Aric Almirola started seventh, finished 14th.
● Almirola reported on lap 11 that his Smithfield Ford Mustang was handling “on the snug side” as he rode in the sixth position.
● At the lap-42 competition caution, Almirola said his No. 10 Ford Mustang was progressively getting tighter throughout the run. He pitted for four tires, fuel and an air pressure adjustment, and restarted 15th after a slow stop from the Smithfield crew.
● Halfway through the first stage on lap 60 and running in the 17th position, the Florida native radioed that the handling had not improved, and the Smithfield Ford would not turn on throttle.
● Under caution on lap 107, Almirola pitted for four tires, fuel and air pressure and chassis adjustments for a very tight-handling Smithfield Ford Mustang. He restarted in the 17th position on lap 110.
● Almirola stayed on track during the third caution of the day on lap 117 and gained three positions on the lap-119 restart to move into 14th with one lap remaining in Stage 1.

Stage 2 Recap (Laps 121-240):
● Started 12th, finished 12th.
● The Smithfield team elected not to pit at the stage break and moved up to 12th for the start of Stage 2.
● On lap 175, while running 12th, Almirola said the Smithfield Ford still wasn’t turning in the corners.
● Almirola came to pit road under green on lap 184 for four tires, fuel and adjustments to the Smithfield Mustang and returned to the track in the 20th position, as the leaders hadn’t yet pitted.
● With 40 laps remaining in Stage 2, and back in the 12th position after the rest of the field completed their pit stops, Almirola told the No. 10 crew that he was still too tight in the corner, primarily on exit.
● Running 12th on lap 225, Almirola said he was having a hard time passing while making his way through lapped traffic.
● Almirola told the No. 10 team that the Smithfield Ford Mustang “couldn’t complete the turn in dirty air.” He pitted at the stage break for four tires, fuel and a trackbar adjustment.

Final Stage Recap (Laps 241-400):
● Started 11th, finished 16th.
● The Smithfield team gained one position on pit road to restart 11th on lap 249.
● After falling back to the 13th position, Almirola pitted under the sixth caution of the day on lap 265 for four tires, fuel and additional adjustments after losing rear lateral early in the previous run. With most of the leaders staying on track, he restarted 11th on lap 269.
● After a lot of movement on the restart, Almirola dropped to the 15th position, but he was able to drive the Smithfield Mustang back up to 12th on lap 273.
● On lap 298, Almirola told the team the Smithfield Ford had lost more rear lateral, and he fell back to the 15th position.
● With the leaders beginning to make green-flag stops, Almirola stayed on track and advanced as high as third before bringing the Smithfield Ford to pit road on lap 337. The No. 10 team gave him four tires, fuel and a track bar adjustment for the final 63 laps.
● As a result of staying out for an extended amount of time before pitting, Almirola returned to the track in the 20th position, two laps down.
● With 47 laps remaining in the race, Almirola moved up to the 17th position and was just one lap down to the leaders as the final cars made their green-flag pit stops.
● With the race going green to the end, Almirola was only able to advance his position by one spot to finish 16th.

Notes:
● Martin Truex Jr. won the Gander RV 400 to score his 21st career Monster Energy NASCAR Cup Series victory, his second of the season and his third at Dover. His margin of victory over second-place Alex Bowman was 9.501 seconds.
● There were six caution periods for a total of 31 laps.
● Only 11 of the 37 drivers in the Gander RV 400 finished on the lead lap.
● Kyle Busch remains the championship leader after Dover with a five-point advantage over second-place Joey Logano.

Aric Almirola, Driver of the No. 10 Smithfield Ford Mustang:
“We struggled today, to say the least. This is probably one of the most track position-dependent tracks we go to, and we started off the race running fifth and the next thing you know we’re running 13th. We just never could recover from that. It wasn’t easy to make passes even when we were in the postion to do so, and it turned into a long day for us. But our Smithfield team is strong, and we’ve got another chance next week at Kansas to show everyone what we’ve got.”

Next Up:
The next event on the Monster Energy NASCAR Cup Series schedule is the Digital Ally 400 on Saturday, May 11 at Kansas Speedway in Kansas City. The race starts at 7:30 p.m. EDT with live coverage provided by FS1 and SiriusXM NASCAR Radio.