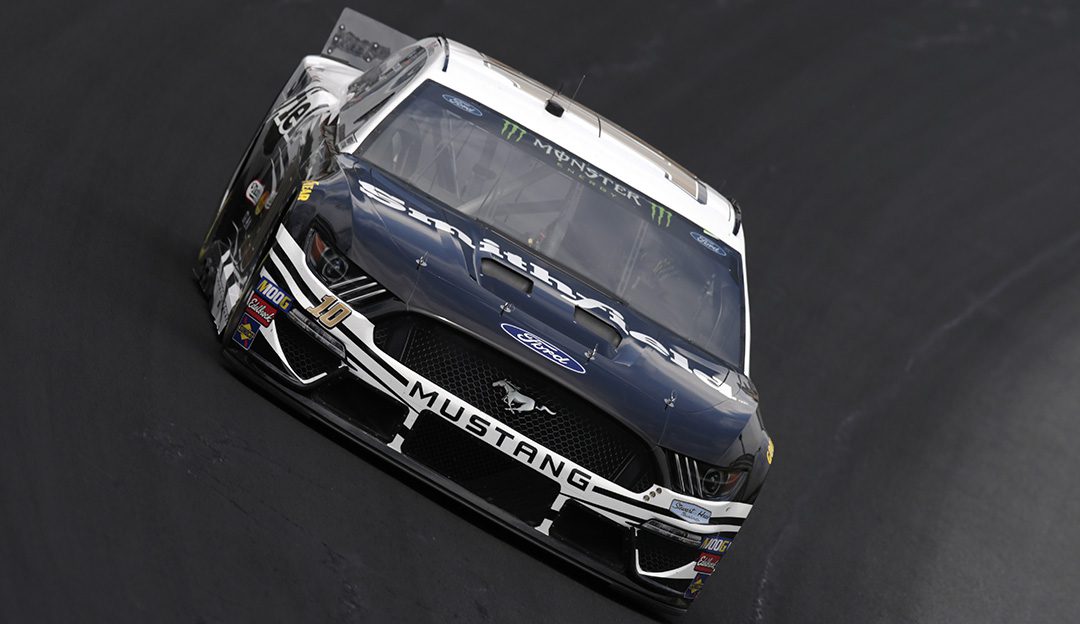 Heading into last weekend’s final race of the playoffs’ opening Round of 16, Almirola was three points ahead of the cutoff line to advance to the next round. He piloted the Smithfield Ford Mustang to seventh place in the first stage of last Sunday’s race, earning four bonus points. During the second stage, he started 25th amidst an array of pit strategies but raced to 11th before the stage concluded. In the final stage, traction issues after staying out on track while numerous other competitors pitted late in the race made it nearly impossible to gain the 12 spots he needed before the checkered flag to advance to the next playoff round. He passed multiple cars, including fellow playoff competitor Ryan Newman, but finished the race five points below the cutoff to the Round of 12. Almirola left Charlotte 13th in the playoff standings with 2,081 points.

“It was a tough race, but I can’t help but think about the 22 car (Joey Logano) in 2017,” Almirola said. “He was knocked out of the playoffs and came back the following year to win a championship. We are far from done and still have seven races this year to build our momentum back up and race for wins. I’m proud of this team for all of the adversity we have faced this year. I’m excited to head to Dover next. Dover is one of my favorite tracks on the circuit and I know we have brought speed there before. We’ll keep pushing to show ourselves and our supporters that we are championship material.”

Almirola and the No. 10 Smithfield Mustang team started the 2018 fall Dover race 11th and gradually made their way to the lead by the final stage. Almirola led a total of 64 laps in the race, but made contact with the wall racing aggressively in the closing laps, ultimately finishing 13th. It was the first time the 35-year-old led a lap at the concrete mile oval and, although the finish wasn’t what he wanted, he completed one of his best races at a track 1 mile in length or shorter, leaving him with confidence heading into this Sunday’s race.

Almirola has four NASCAR Xfinity Series starts at Dover and finished inside the top-15 each time. He has two starts there in the NASCAR Gander Outdoors Truck Series and captured his second NASCAR national series win by driving into victory lane in May 2010. His only other Dover start in the Truck Series resulted in a 12th-place finish.

Fans still have the chance to enter the “Racin’ for Bacon” 1 million slice giveaway program. If Almirola pilots the No. 10 Ford to victory lane Oct. 13 at Talladega (Ala.) Superspeedway, 10 lucky fans will earn 100,000 slices of bacon. To sign up, visit www.racinforbacongiveaway.com.

Almirola helped make history when he teamed with the world’s No. 1 bowler Jason Belmonte to create the GoBowling.com World’s Fastest Strike. With Almirola behind the wheel, Belmonte launched a bowling ball from the passenger seat of the No. 10 Ford Mustang at 140 mph down the Charlotte Motor Speedway frontstretch. To see what a bowling ball hitting 10 pins at 140 mph looks like, visit www.WorldsFastestStrike.com.

As the playoffs continue this weekend, fans can get VIP, behind-the-scenes access in following “Aric ‘Beyond the 10’” by subscribing to his YouTube channel. Episodes showcase never-before-seen footage of Almirola at the racetrack, on family trips, and “A Day in the Life” during the week, as well as all that goes into a NASCAR Cup Series driver’s season. Tune in this weekend for full access to Almirola’s playoff media day, NASCAR Burnout Boulevard and the Vegas race weekend. Click here to subscribe on YouTube and watch the latest episode.

Sunday’s 400-mile race at Dover marks the 26th points-paying event during which the Smithfield livery has adorned Almirola’s No. 10 Ford Mustang this year. Smithfield, a brand of Smithfield Foods, based in Smithfield, Virginia, is in its eighth season with Almirola and its second with SHR. Founded in 1936, Smithfield is a leading provider of high-quality pork products, with a vast product portfolio including smoked meats, hams, bacon, sausage, ribs, and a wide variety of fresh pork cuts.

“I love going to Dover because it’s one of those places you go 170 mph but you feel like you’re going 300 mph. We found speed there last year and we’ve raced there with the new package once and built some notes. I’m really looking forward to getting back there knowing we can compete for a win.”

How do you stay motivated after being knocked out of the playoffs?

“Easy. It’s my job to perform at the highest level of motorsports in the world. I’m a professional racecar driver in the most elite level of racing and I plan to be at the top of that someday. There are a lot of people supporting me – all of the guys and girls back at the shop who make it all happen, Gene Haas, Tony Stewart, Smithfield, Ford Performance, Go Bowling, Roush Yates, 3D Systems, Mobil 1. I still plan to go out and win the next seven races whether we’re in the hunt for the championship or not.”