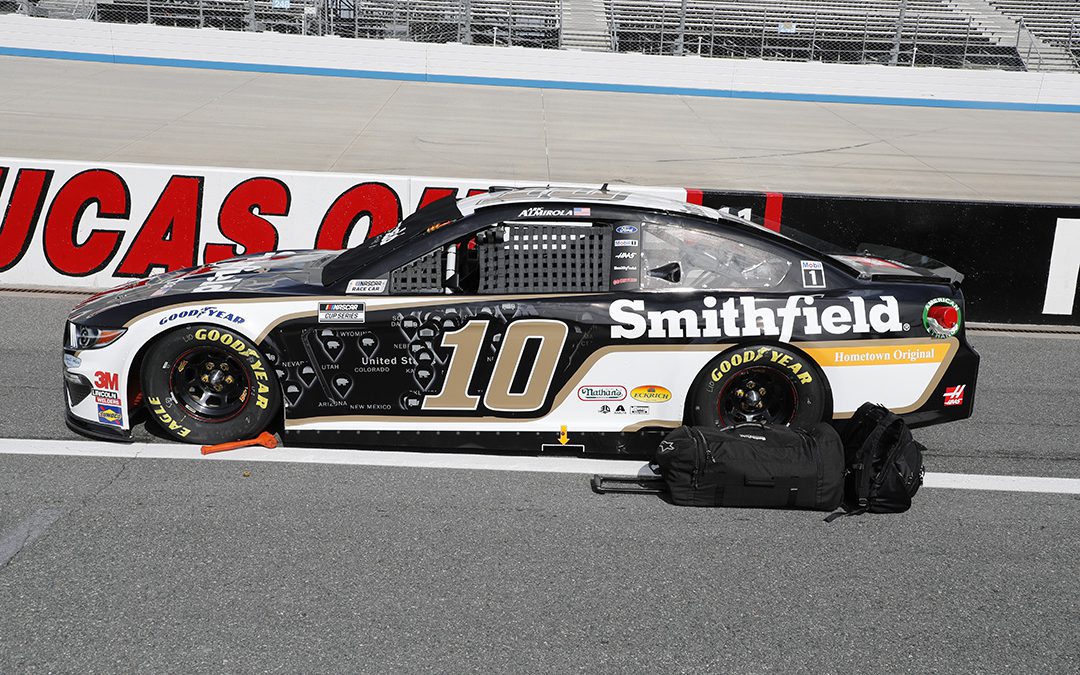 KANNAPOLIS, North Carolina (Aug. 18, 2020) – Aric Almirola, driver of the No. 10 Smithfield Hometown Original Heroes Ford for Stewart-Haas Racing (SHR) in the NASCAR Cup Series, will race in his third doubleheader weekend of the year Saturday and Sunday at Dover (Del.) International Speedway.

Although the statistics might not suggest it, Almirola and the No. 10 Smithfield Ford Mustang team have come oh so close to hoisting the trophy at Dover in the Cup Series. In the fall 2018 race there, Almirola started 11th and gradually made his way into the lead by the final stage. He led a total of 64 laps, but contact with the wall while racing aggressively in the closing laps ruined his victory bid and left him with a 13th-place finish. It was the first laps led on the concrete mile oval for the now-36-year-old and, although the finish wasn’t what he wanted, he completed one of his best races at a track 1 mile in length or shorter, leaving him with confidence heading into this weekend’s races.

“We had a shot to win that race,” Almirola said. “Every time I go back there, I think about how we have the capabilities to run up front and win, which is the mindset we want every weekend. We have run better this year than we ever have, so there’s no reason we can’t run up front all weekend.”

Almirola has four NASCAR Xfinity Series starts at Dover and finished inside the top-15 each time. He has two starts there in the NASCAR Gander RV & Outdoors Truck Series and captured his second NASCAR national series win by driving into victory lane there in May 2010. His only other Dover start in the Truck Series resulted in a 12th-place finish.

Almirola has earned 10 top-10 finishes in the last 12 races with five of those being top-fives. The No. 10 Smithfield Ford driver sits eighth in the driver standings for his career-best points position after 23 races.

Almirola’s performance in previous doubleheader weekends gives him optimism for another solid weekend. He earned back-to-back top-fives at Pocono (Pa.) Raceway in June with finishes of third and fifth, and he earned a sixth-place finish in the Sunday race two weekends ago at Michigan International Speedway in Brooklyn.

“I really enjoy doubleheader weekends,” Almirola said. “I believe my physical training certainly helps when it’s hot and you lose upwards of seven pounds in the car before racing the next day. I’m ready to take on the Monster Mile twice this weekend. I’m up for the challenge.”

What do you like about Dover?
“I love going to Dover because it’s one of those places you go 170 mph but you feel like you’re going 300 mph. We found speed over the past few years and we’ve raced there with the new package and built some notes. I’m really looking forward to getting back there knowing we can compete for a win.”

How do you train for doubleheader weekends like Dover?
“A lot of heat training and cycling. I like to get used to the heat and do a lot of endurance training to get myself prepared for these weekends. Hydration is key, though.”