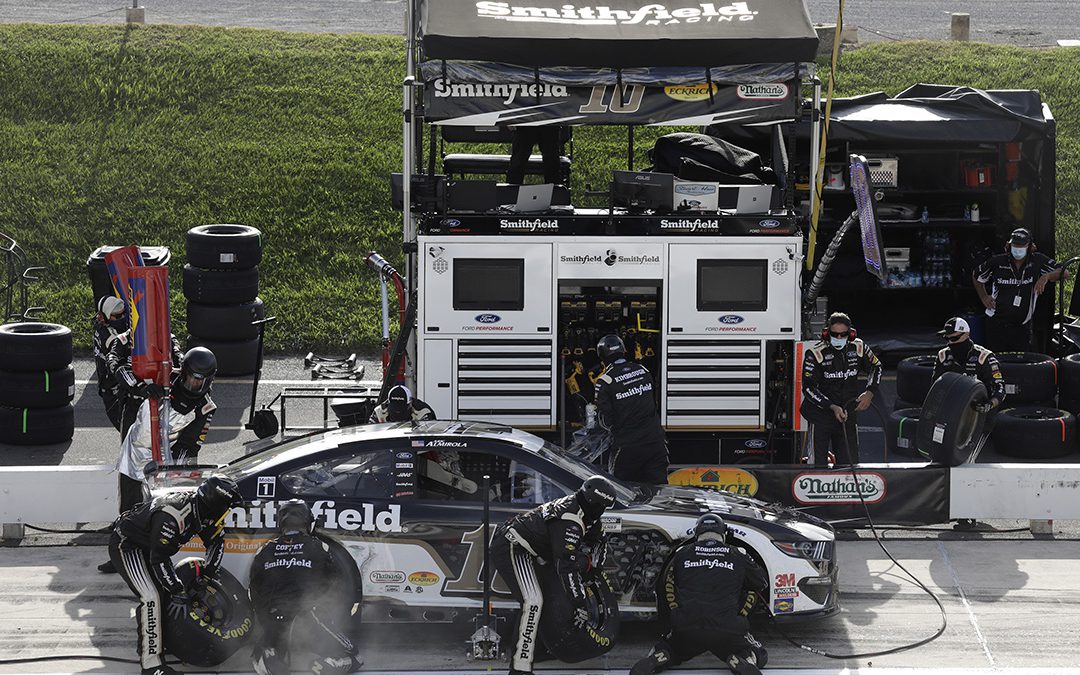 Stage 1 Recap (Laps 1-70):
● Aric Almirola started 17th and finished 10th to earn one bonus point.
● Almirola pitted under the competition caution for two tires and fuel to restart eighth.
● He held the Smithfield Ford inside the top-10 before the stage ended.
● Almirola pitted after Stage 1 for four tires, fuel an adjustments to correct loose-handling conditions.

Final Stage Recap (Laps 186-311):
● Almirola started 27th and finished 17th.
● Almirola pitted on lap 251 for four tires, fuel and adjustment from the 20th position and one lap down.
● The No. 10 Ford driver successfully held off the leaders until lap 305 and finished the race two laps down.

“We had good speed in our Smithfield Ford Mustang today. A loose wheel put us behind and, without any cautions in the last stage, we had no way to get back on the lead lap. I think we could have been contenders today, but we’ll get back to it tomorrow with a good car and hope for a clean day.”

Notes:
● Denny Hamlin won the Dover 311 to score his 43rd career NASCAR Cup Series victory, his sixth of the season and his first at Dover. His margin of victory over second-place Martin Truex Jr., was 1.179 seconds.
● There were four caution periods for a total of 21 laps.
● Only 12 of the 40 drivers in the race finished on the lead lap.
● Kevin Harvick remains the championship leader after Dover with a 100-point advantage over second-place Hamlin.

Next Up:
The second event of the NASCAR Cup Series doubleheader at Dover is a 311-mile race on Sunday. It starts at 4 p.m. EDT with live coverage provided by NBCSN and SiriusXM NASCAR Radio.