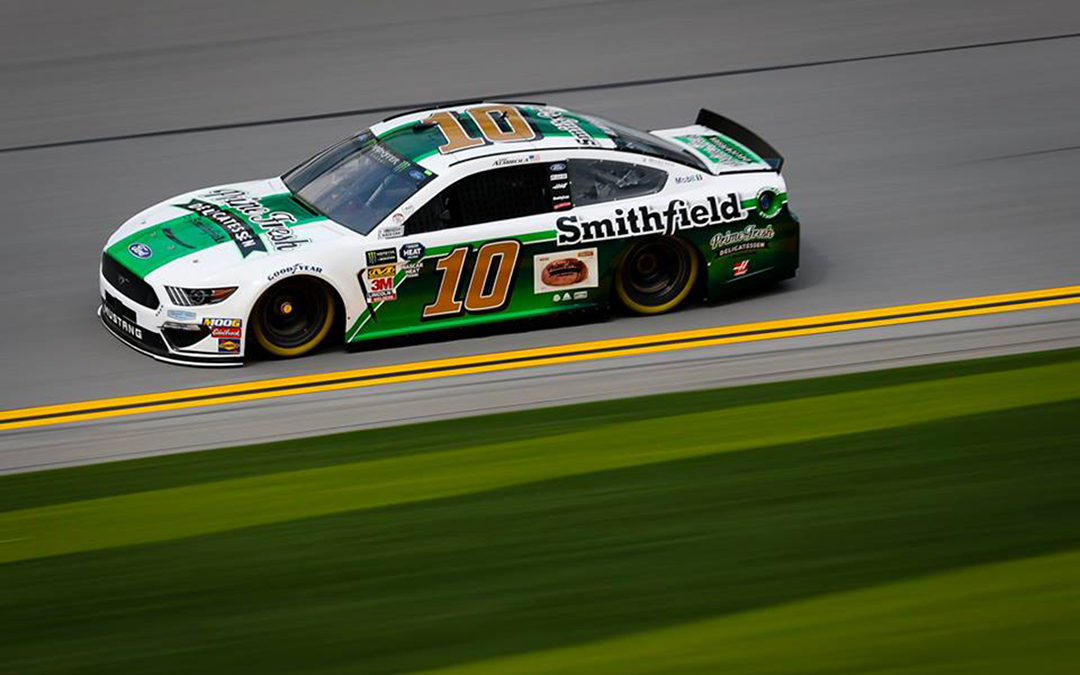 Notes:
● Aric Almirola started in 18th and drove to 16th by lap seven.
● Inclement weather postponed the race on lap eight. Almirola pitted for four tires and fuel under caution when racing resumed.
● The No. 10 Prime Fresh Smithfield Ford came to the pits on lap 24 for fuel only before the competition caution came out on lap 25.
● Almirola was caught speeding while exiting pit road and brought the No. 10 Ford Mustang back to the pits for fresh new tires.
● On lap 40, the second caution for rain postponed the race with Almirola in 18th place.
● When racing continued, the Ford Mustang driver stalked the field in and around the 17th position until a multicar accident on lap 57 involving 17 of the 20 cars brought out the final caution of the race.
● Inclement weather continued to dampen the racing surface while under caution, ultimately ending the race early.
● This was Almirola’s fourth career Clash appearance. His best finish was sixth in 2013.
● Jimmie Johnson won the Clash to score his second career Clash victory. His first Clash win came in 2005.
● The field was comprised of 2018 pole winners, former Clash winners, former Daytona 500 pole winners and 2018 playoff participants. A random draw determined starting positions.