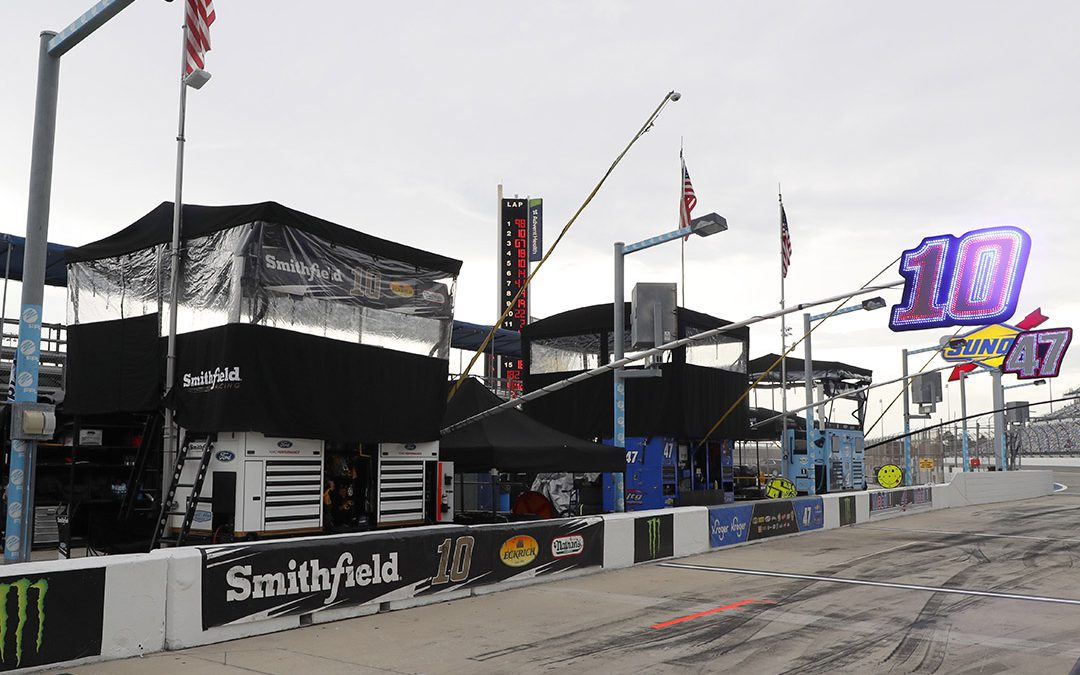 KANNAPOLIS, North Carolina (Aug. 26, 2020) – Aric Almirola, driver of the No. 10 Smithfield Hometown Original Heroes Ford for Stewart-Haas Racing (SHR) in the NASCAR Cup Series has successfully reached his regular-season goal by clinching a spot in the NASCAR Playoffs before competing at Daytona (Fla.) International Speedway, which is known to provide thrilling and unexpected results when the inevitable “big one” strikes.

“When (crew chief) Mike Bugarewicz and I sat down at the beginning of the year we set new goals. The main goal for the regular season was to make Daytona not matter,” Almirola said. “A win was obviously what we were looking for, but clinching a spot in the playoffs before getting to Daytona was the ultimate goal and we achieved it.”

This marks the third year in a row since joining SHR that Almirola has made the NASCAR Playoffs. This will be his fourth playoff appearance in his nine-year full time career. His best playoff run was in 2018 where he finished fifth in the season standings.

The Tampa, Florida native has found his way to victory lane at Daytona before, scoring his first career Cup Series win in the rain-shortened July 2014 race, when he led 14 laps. He tasted restrictor-plate-racing success again four years later during his first season with SHR, when he was victorious at Talladega (Ala.) Superspeedway. It put him in the 2018 Cup Series playoffs, where he advance to the semifinal round, and proved the No. 10 driver has potential to bring home another superspeedway win any time he races on one.

“Racing at Daytona is exciting,” he said. “It’s very fast. We do a lot of drafting. We run in these huge, tight packs. You have 40 racecars all going 200 mph and we’re all an inch apart. Front to rear and on each side – its nerve racking for the driver and the fans. They’re cheering for their guy and the unexpected is always evident there. One little bobble or mistake is a 20-car pileup. While this is exciting for the fans with that uncertainty, it stresses the drivers out. Daytona and Talladega are the most stressful tracks we go because the stakes are so high, but that’s what make a victory there so sweet.”

The last time Almirola visited a superspeedway June 22 at Talladega he finished third sliding backwards across the finish line, nearly winning the race. Almirola has one simple rule for success at restrictor plate races.

“Whatever it takes,” he said.

How would you say your regular season has been so far?

“We have definitely done what we anticipated to do. That win has just alluded us. We started off rough and were just not there as a team and then we went on a wild stretch of top-fives and top-10s. We’ve had a few races we should have performed better at but, overall, we’re good enough to make a deep run in the playoffs and race for a championship.”

The last time you visited a superspeedway you finished backwards. How was that?

“I actually thought we won the race. I drove through a small gap I probably didn’t fit in and just got clipped in the right rear. It was crazy. I was just waiting for the team to say we won, but when they asked if I was okay I knew the deal.”

Walk us through the final lap of the 2018 Daytona 500 when you were a half lap away from being crowned a Daytona 500 champion.

“I felt so confident. I knew that if I hit all of my gears perfectly, I would have a shot at it and I did. I looked in my mirror and saw everyone racing side by side and figured that I was in control of the race and, if I made the right move, I was going to be the winner of the Daytona 500. About halfway down the back straightaway, they were coming with a run and I pulled over to block it. In your head, you know it’s the Daytona 500 and you’re a mile and a half away from winning, so you’re going to do everything you know to try and win that race. I pulled over to block and put a pretty aggressive block on the No. 3. I knew that if I blocked high, he was going to go low. As soon as I blocked high, I knew I was going to have to immediately block low. When I blocked low, he turned against my back bumper and (I went) into the outside wall. I wrecked a mile away from winning the Daytona 500.”