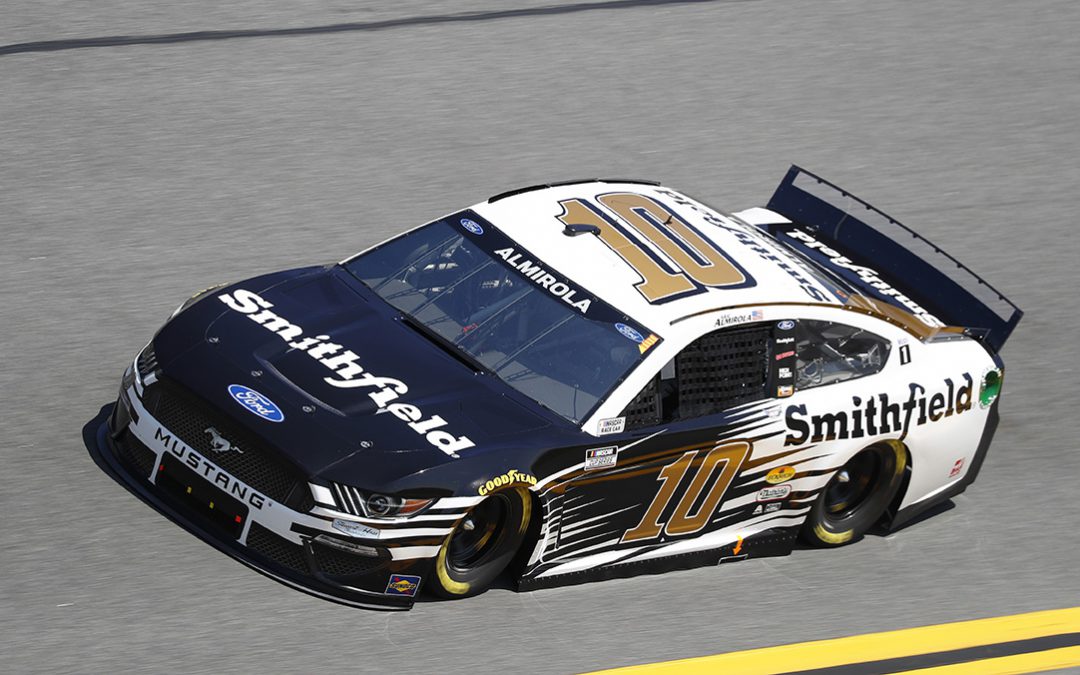 Race Recap:
● Aric Almirola started 21st and finished 12th.
● Almirola drove the No. 10 Smithfield Ford Mustang to 16th before a caution on lap eight.
● He pitted under caution for four fresh tires and fuel and said his rear turn was better.
● The No. 10 Ford driver restarted 13th and advanced to seventh before the competition caution waved.
● He pitted during the competition caution for four tires, fuel and adjustments.
● After taking time for several adjustments on pit road, Almirola restarted 18th.
● Almirola pitted for four tires and fuel during another caution period on lap 21.
● He drove to 15th before another caution on lap 28.
● Almirola opted not to pit and restarted fifth.
● The No. 10 Smithfield driver was contacted on the restart and held his Ford Mustang inside the top-15 before the checkered flag waved.

Aric Almirola, driver of the No. 10 Smithfield Ford Mustang for Stewart-Haas Racing:
“We learned a lot tonight. We tried some things for the road course race in a few weeks and found speed that will hopefully carry over. Our Smithfield pit crew team did a great job tonight. It’s good to be back racing.”